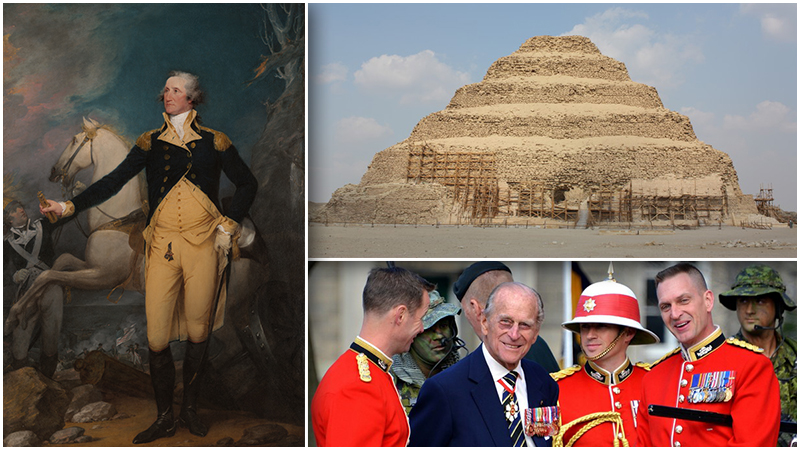 When you think of gods everyone will think of the major deities of the big 5 religions. But sometimes even the common man can be catapulted to god status by everyday people for the selfless and good-natured actions and work they do for others. Here are 5 people who essentially became gods in our modern world. 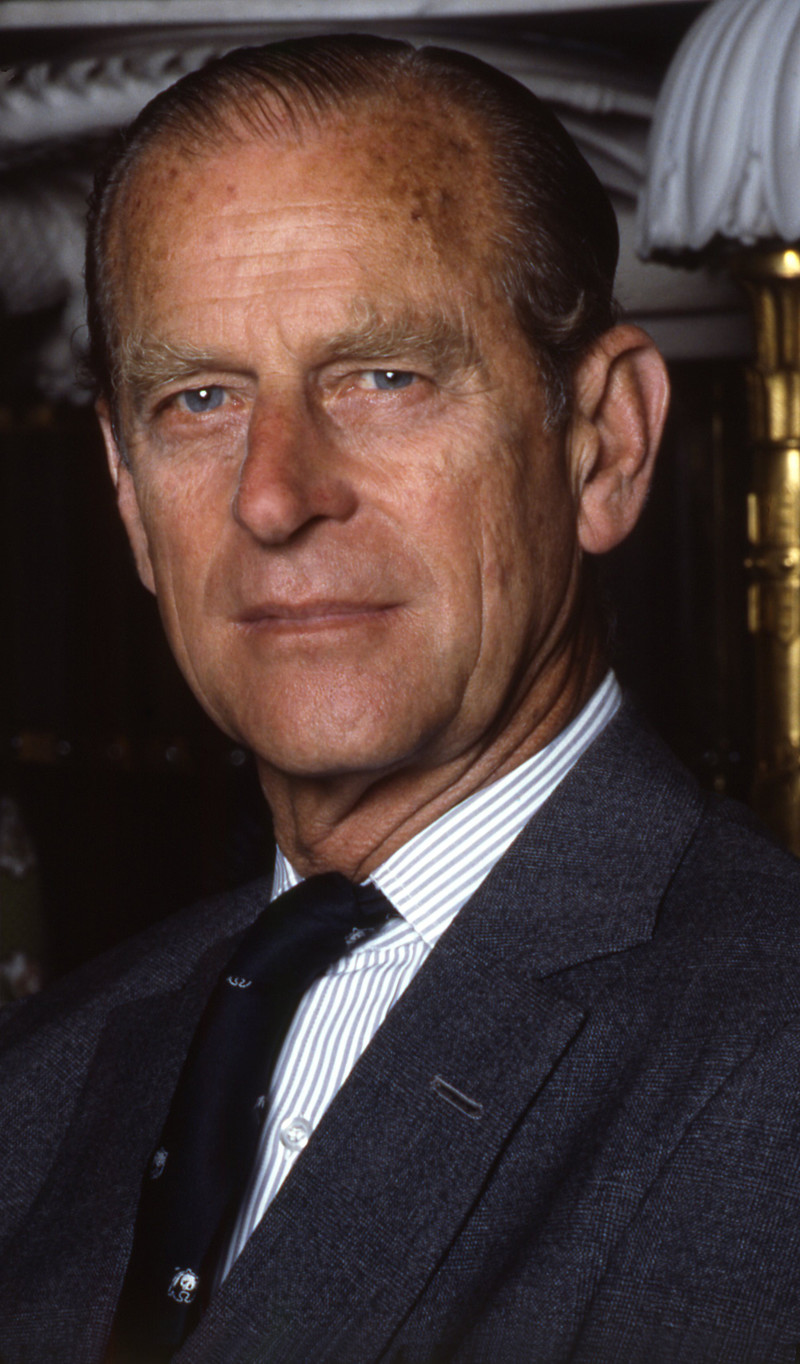 So…..Has anybody seen that show “An Idiot Abroad” Starring Karl Pilkington? Well if so, this may not come as a surprise to you. That being said it is still quite hard to get a grasp of the idea of Prince Philip being worshipped by anyone. According to ancient Yaohnanen tales, the son of a mountain spirit travelled over the seas to a distant land. There, he married a powerful woman and in time would return to them. He was sometimes said to be a brother to John Frum of another local cargo cult. The people of the Yaohnanen area believe that Prince Philip, Duke of Edinburgh, the consort to Queen Elizabeth II, is a divine being. 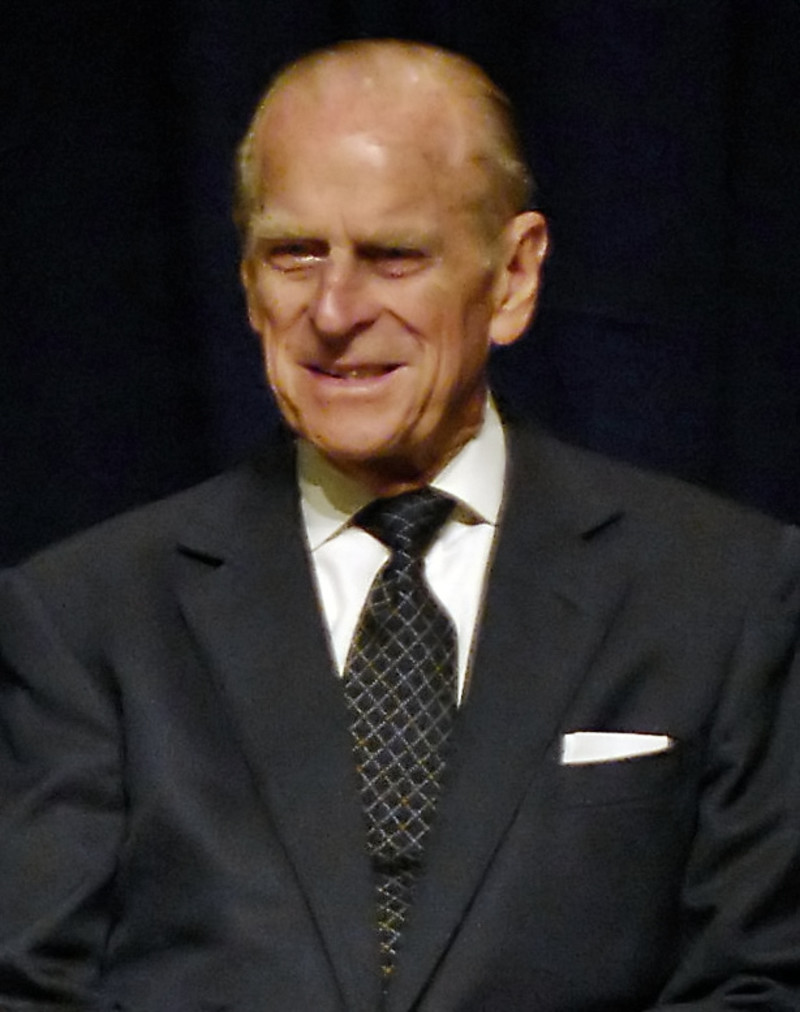 They had seen the respect accorded to Queen Elizabeth II by the colonial officials and concluded that her husband, Prince Philip, must be the son referred to in their legends. It isn’t quite clears to where this belief Originated, However it was probably some time in the 1950's or 1960's. It was strengthened by the royal couple's official visit to Vanuatu in 1974, when a few villagers had the opportunity to actually see Prince Philip from a distance. The Prince was not then aware of the cult, but it was brought to his attention several years later by the British Resident Commissioner in the New Hebrides, John Champion. 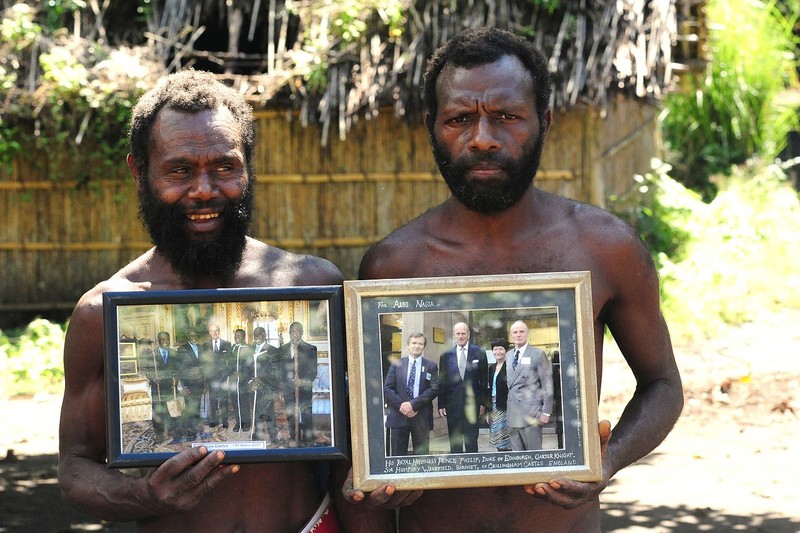 Champion suggested that Prince Philip send them a portrait of himself to show them that he is aware of them. He agreed and sent a signed official photograph. The villagers responded by sending him a traditional pig-killing club called a nal-nal. Not exactly what you’d expect in exchange for an autographed portrait however In compliance with their request, the Prince sent a photograph of himself posing with the club. Another photograph was sent in 2000. All three photographs were kept by Chief Jack Naiva, who unfortunately passed away in 2009. 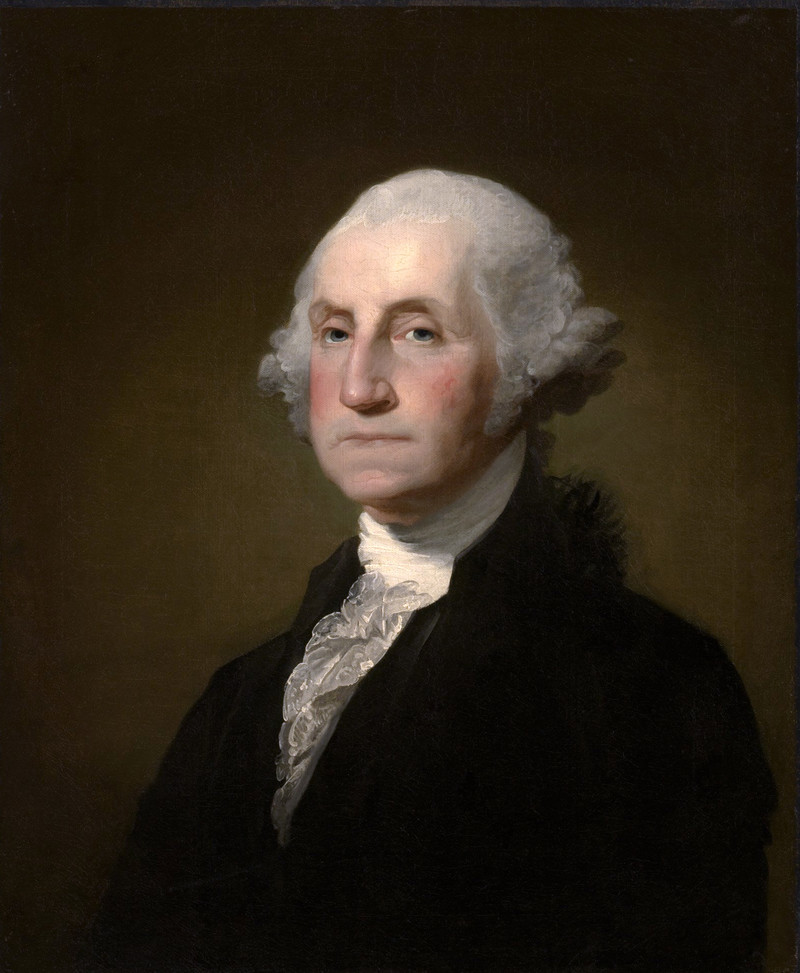 Washington, the first U.S. president and commander-in-chief of the Continental Army during the American Revolutionary War, and is allegorically represented, surrounded by figures from classical mythology. Washington is draped in purple, a royal colour, with a rainbow arch at his feet, flanked by the goddess Victoria to his left and the Goddess of Liberty to his right. 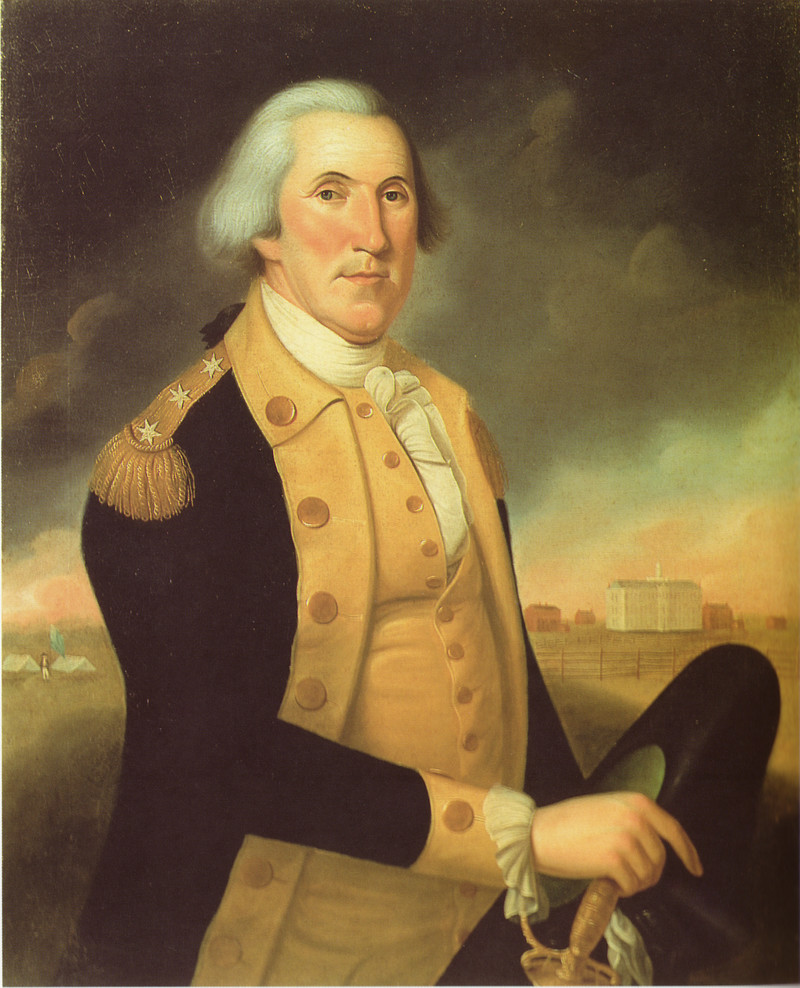 Forming a circle between Liberty and Victory are 13 maidens, each with a star above her head, representing the original 13 colonies. Several of the maidens have their backs turned to Washington, said to represent the colonies that had seceded from the Union at the time of painting. 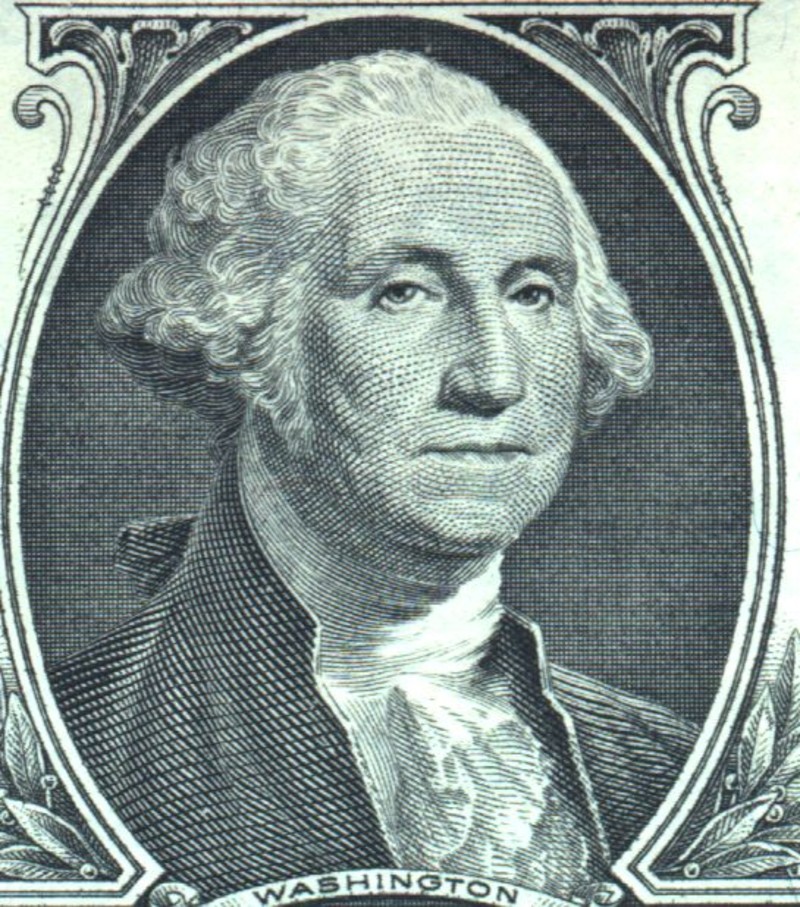 Upside down above Washington is the banner E Pluribus Unum meaning "out of many, one". Surrounding Washington, the two goddesses and the 13 maidens are six scenes lining the perimeter, each representing a national concept allegorically: from directly below Washington in the centre and moving clockwise, "War," "Science," "Marine," "Commerce," "Mechanics," and "Agriculture". The perimeter scenes are not fully visible from the floor of the Capitol. 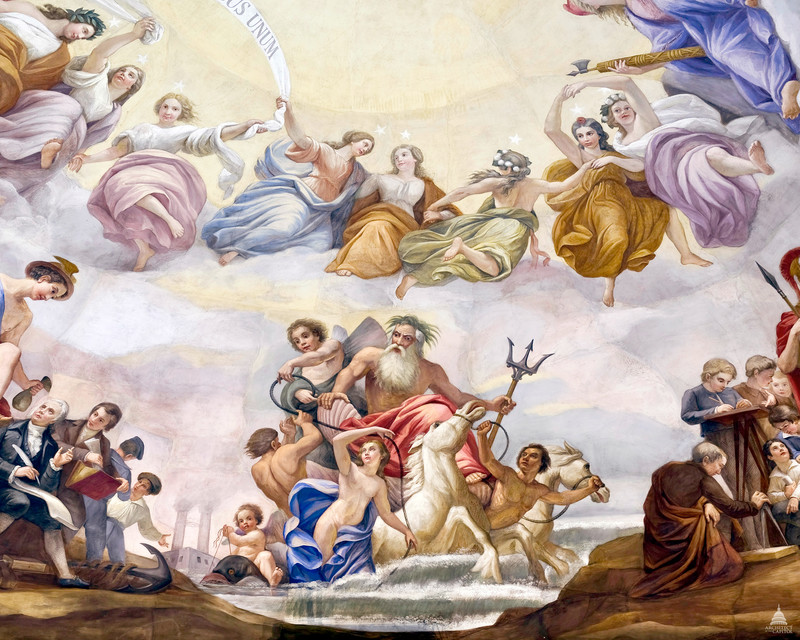 The Apotheosis of Washington is a fresco painted by Greek-Italian artist Constantino Brumidi in 1865 and it depicts George Washington sitting amongst the heavens in an exalted manner, or in literal terms, ascending and essentially becoming a god (apotheosis). 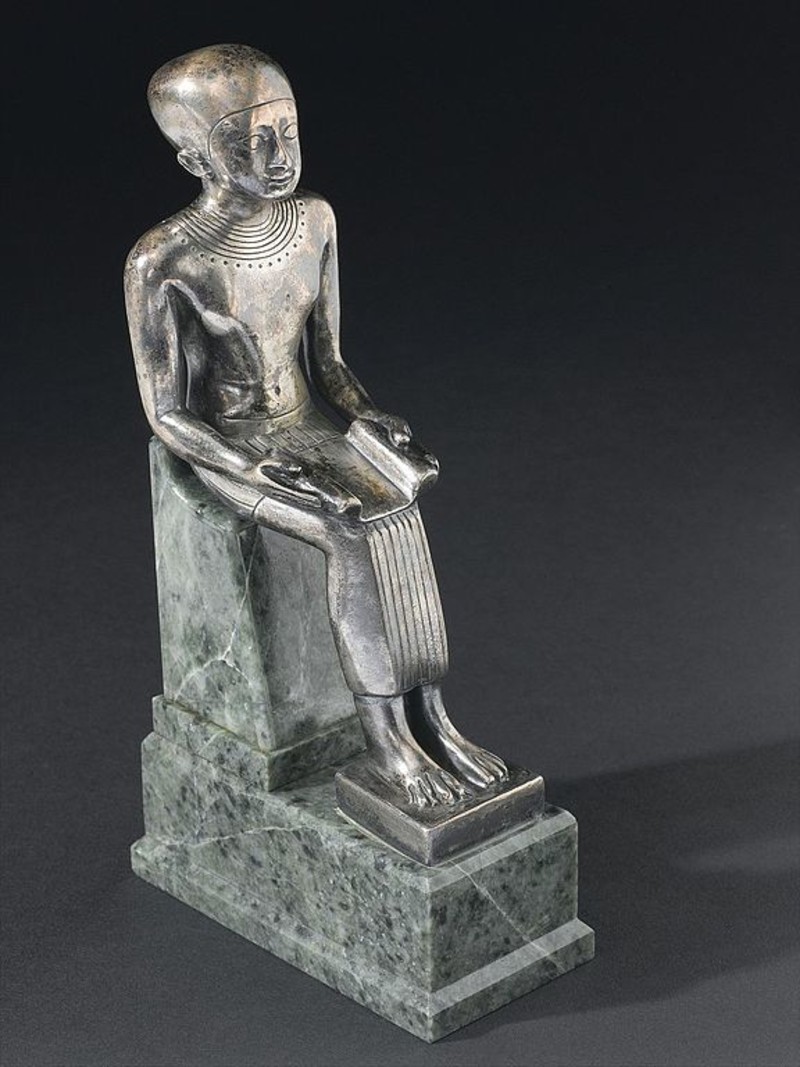 Now in ancient Egypt, The Egyptians had many, many gods ranging from the likes of Anubis (god of embalming and protector of the dead) to Ra. There are more that 1,500 Egyptian gods, However there is only one god who was mortal. Imhotep is one of the few Egyptian gods (other than the pharaohs) who was actually a real person. He was the vizier of Djoser, a pharaoh of the third dynasty. 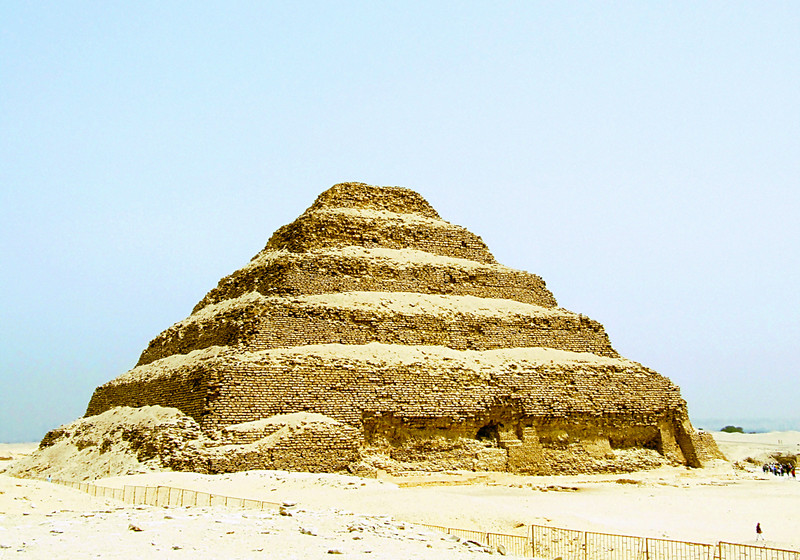 He was skilled in all areas of administration and royal enterprises. Imhotep was also known for his work as priest, writer, a doctor and a founder of the Egyptian studies of astronomy and architecture. However, What Imhotep was probably best known for of all is for his work as the architect of the Step Pyramid of Djoser at Saqqara, near Memphis. The Step Pyramid was the first structure created by human hands to be built entirely from stone. 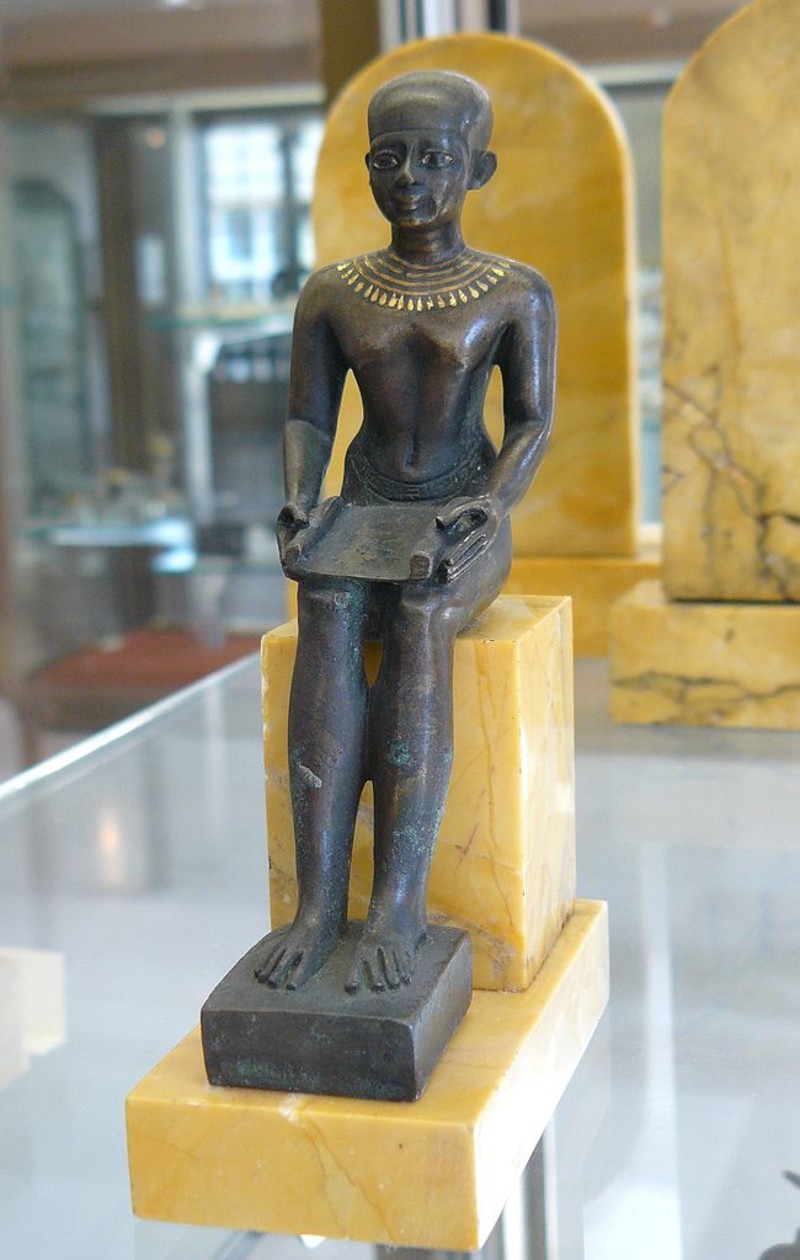 It was as a wise man and scribe that Imhotep was first honoured as a god. During this time, this form of ancestor worship to Imhotep was privately practised and his cult was similar to that of any of the dead (although more widespread). Also at that time, Imhotep was identified with Nefertem, the son of Ptah. During the Late Dynastic Period when the capital of Egypt was moved to Sais, Imhotep was fully deified. He was called the son of Ptah and his mother was either Nut or Sekhmet.

He was also associated with Thoth and became a patron of wisdom and medicine. Miraculous cures were often attributed to him. During the Ptolemaic Period, a small temple to Imhotep was built on the Island of Philae. In art, Imhotep was portrayed as a priest with a shaven head, seated and holding a papyrus roll. 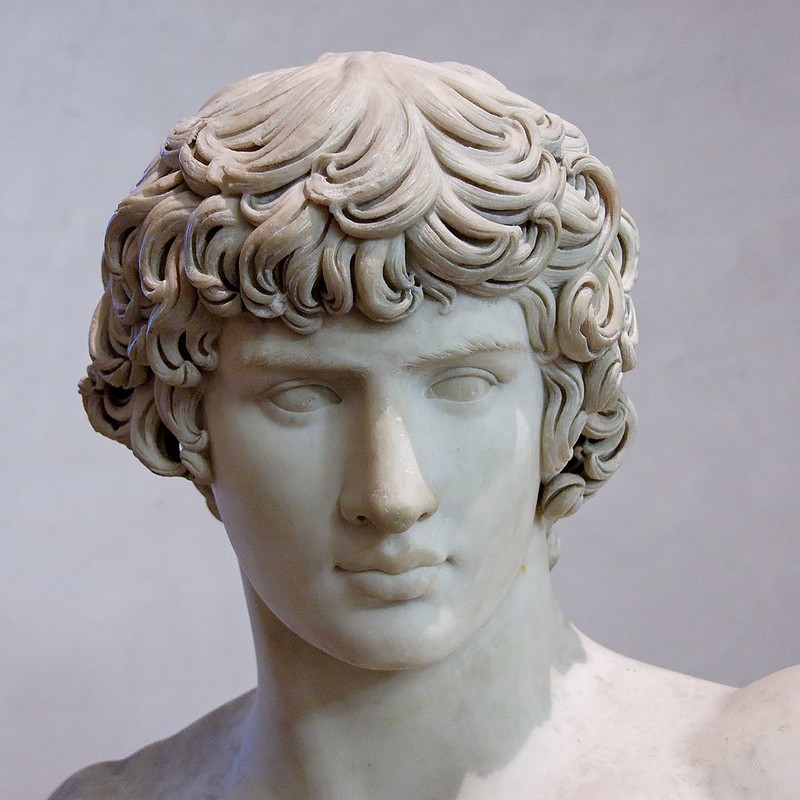 Antinous drowned in the Nile river in October of the year 130. The local people of Egypt had hinted that Antinous had become a sacred being...the reason for this is that it was believed that all those who drowned in the Nile had been embraced by Osiris, that the drowned person would become Osiris, rising up from the underworld to live forever as an immortal, and that through their death, the Inundation of the Nile would be assured. When Greek philosophers heard about Antinous rising up and becoming a demigod, the news was soon brought to Hadrian’s attention, assuring him that as the living God-King, Pharoah and Divine Emperor of Rome, the years that had been taken away from Antinous were now added to his own life. 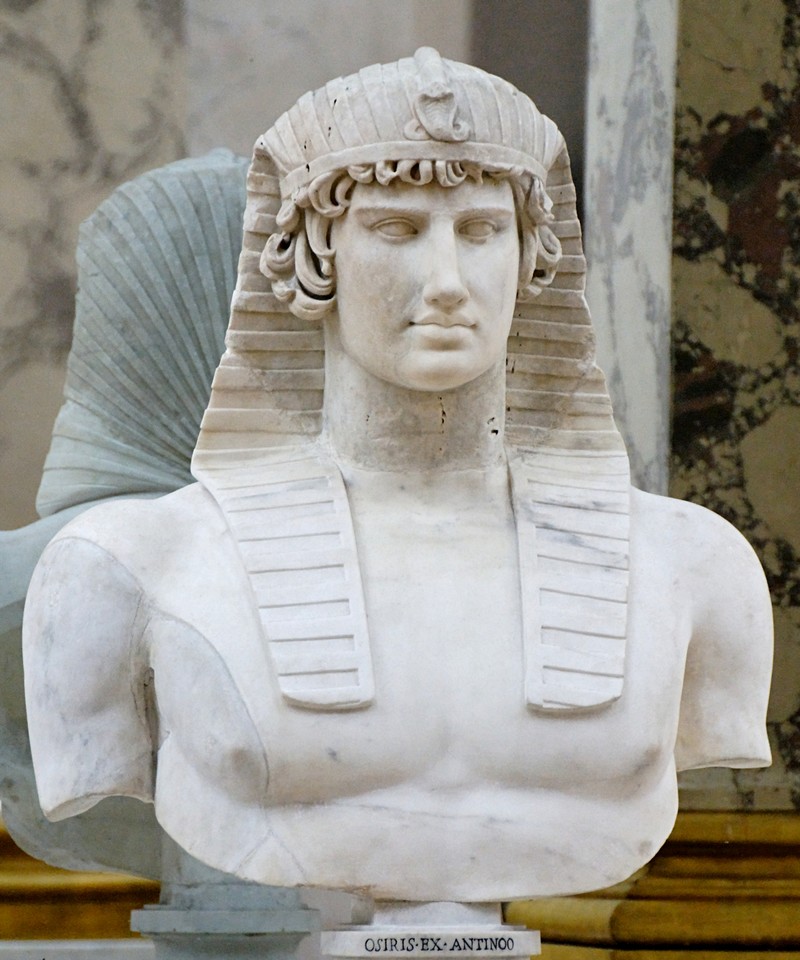 Hadrian responded by issuing a declaration, that a New God had arisen from the Nile. Hadrian decreed that Antinous was to be numbered among the gods and heroes of the Roman Religion. Temples were dedicated to Antinous, and a new cult was ordained to serve his worshipers. The center of this cult was the city of Antinoopolis where Antinous died, but many other cities, mostly in the Greek provinces also built Temples, and there were private shrines dedicated to Antinous everywhere, from Britania, to the Danube Frontier to North Africa. Priests of Antinous were tasked to perform the ceremonies that would perpetuate the memory of the New God Antinous for all of eternity. Athletic games were celebrated in the major centers of his religion. These religions are the following; Antinoopolis, Bithynia, and Mantinea. The competitors were primarily young men called Ephebes. The athletic games performed at this event include events such a swimming and boat races in the Nile, but the Antinous Games were unique in that they also included competition in the arts and music.

The overall winner was consecrated as the living embodiment of Antinous and given citizenship in Antinoopolis, with an all-expense-paid life of luxury and adoration. He was worshiped in the temple as the representative of Antinous, the emblem of youth and masculinity. He was the Divine Ephebe. 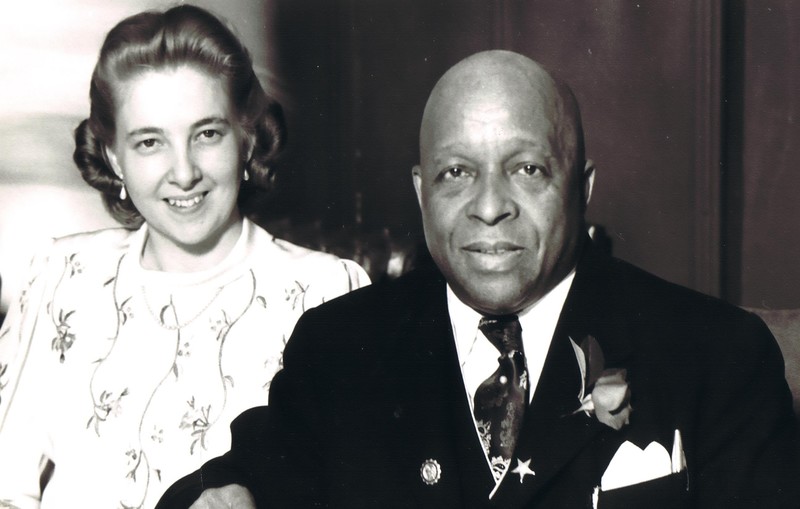 Father Divine's Peace Mission still to this day remains one of the most unorthodox religious movements in the United States. He may or may not have been born George Baker, either in Maryland or further south. Even though he was a Baptist, he received God's word at the Azusa Street Revival. Early on, he would go and preach a message of equality among men and the hope of heaven-on-earth to black men. His actions got him arrested, imprisoned, and, even on one occasion, He was institutionalised in a mental asylum for the message he was preaching to the public. However, Because his message was presented with such charisma relating to interracial paradise on earth ended up catching on in the North, where he was able to preach in greater anonymity. Ultimately, Father Divine's Peace Mission would become well known for its aggressive efforts to desegregate all aspects of American society. Father Divine created a philosophy that merged elements of Catholicism, Pentecostalism, Methodism, and positive thinking. Father Divine's followers believed that he embodied the Second Coming of Jesus Christ. Father Divine used white disciples to buy property. He bought a hotel near Atlantic City, New Jersey, so that blacks could access the beach. Over 150 Peace Missions sprang up around the country, with one quarter of them located in New York. The largest Mission formed in Harlem, then trapped in the deepening Great Depression. At one point, the Peace Mission was the largest property owner in Harlem. And during the Depression, Father Divine fed tens of thousands food and his vision of racial equality. They venerated him as a deliverer from Heaven.