There is a taboo when it comes to creating hybrid animals or splicing genes to create super babies but sometimes nature can do the amazing work for us. These animals have found a way to cross breed and create some of the strangest and most glorious hybrid species on the planet. 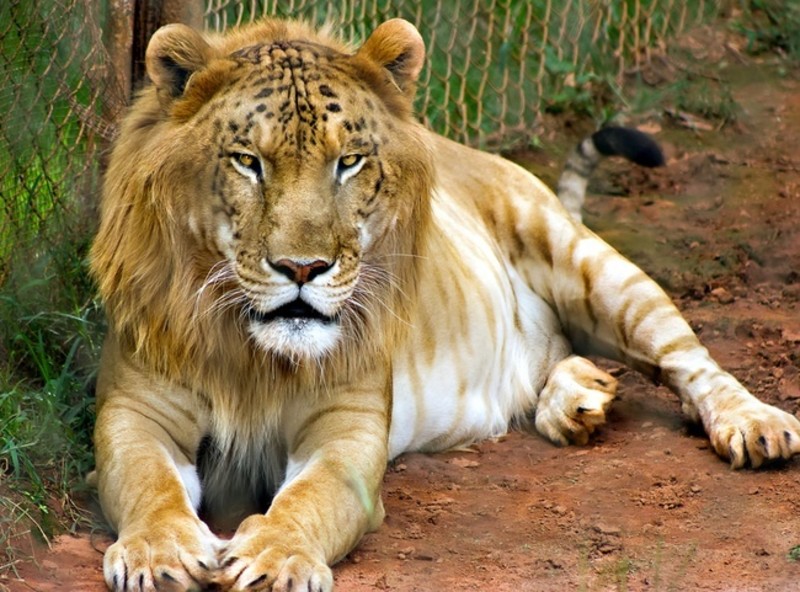 The Tigon is very rare and is when a male tiger and lioness mate. They can grow just as large, if not bigger than, the parent species but not as big as the previously mentioned Ligers. Both ligers and tigons are capable of producing their own offspring, leading to confusingly-named hybrids such as titigons and liligers. 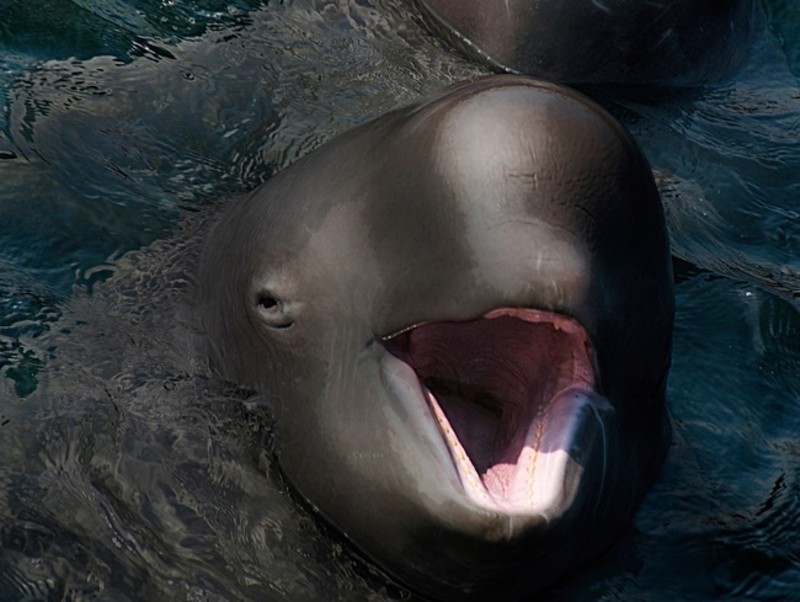 Narwhals and Belugas are funny looking animals on their own, so to combine them is to create a really funny animals. The Narluga can be naturally created but extremely rare. There are more sightings appearing which many believe to be a product of global warming and the two species coming into contact more. 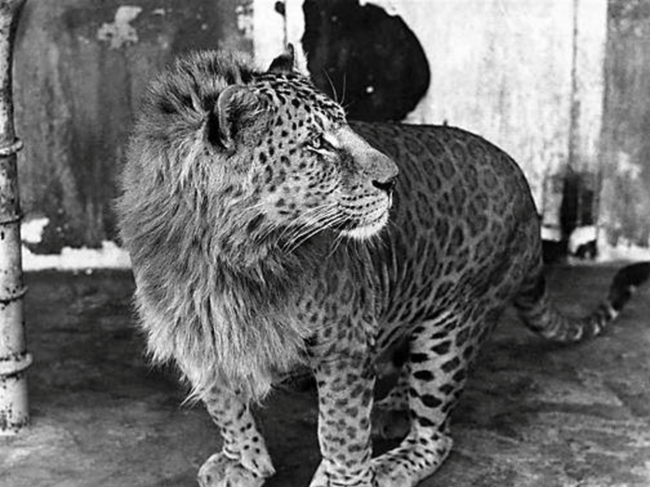 Another lion mix is this male leopard and lioness coming together and creating the Leopon. This wouldn't occur in the wild as the two don't cross paths naturally. Leopons appear to have the head and mane of a lion, and the body of a leopard. 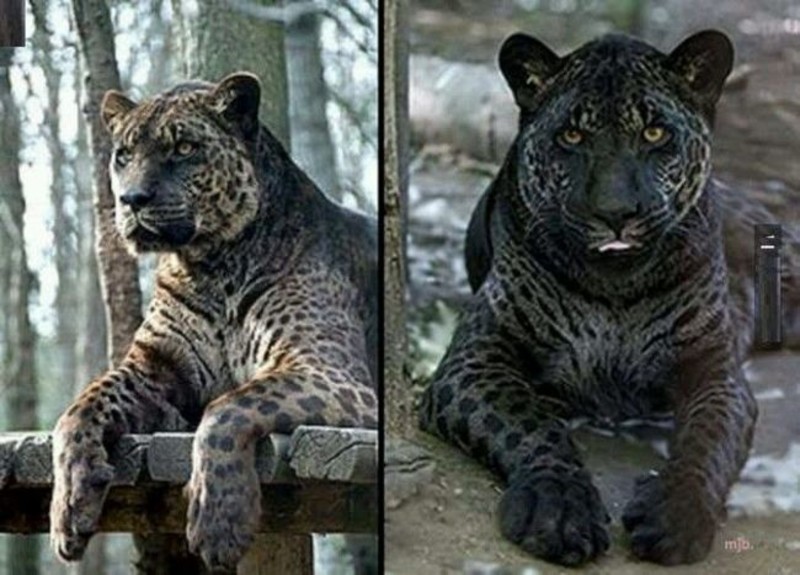 A Jaglion is an extremely cool and badass looking animal in all its glory and are very rare. The mating of a male lion and lioness is how they have come about. There has never been any sighted in the wild and these are the only ones known to exist. 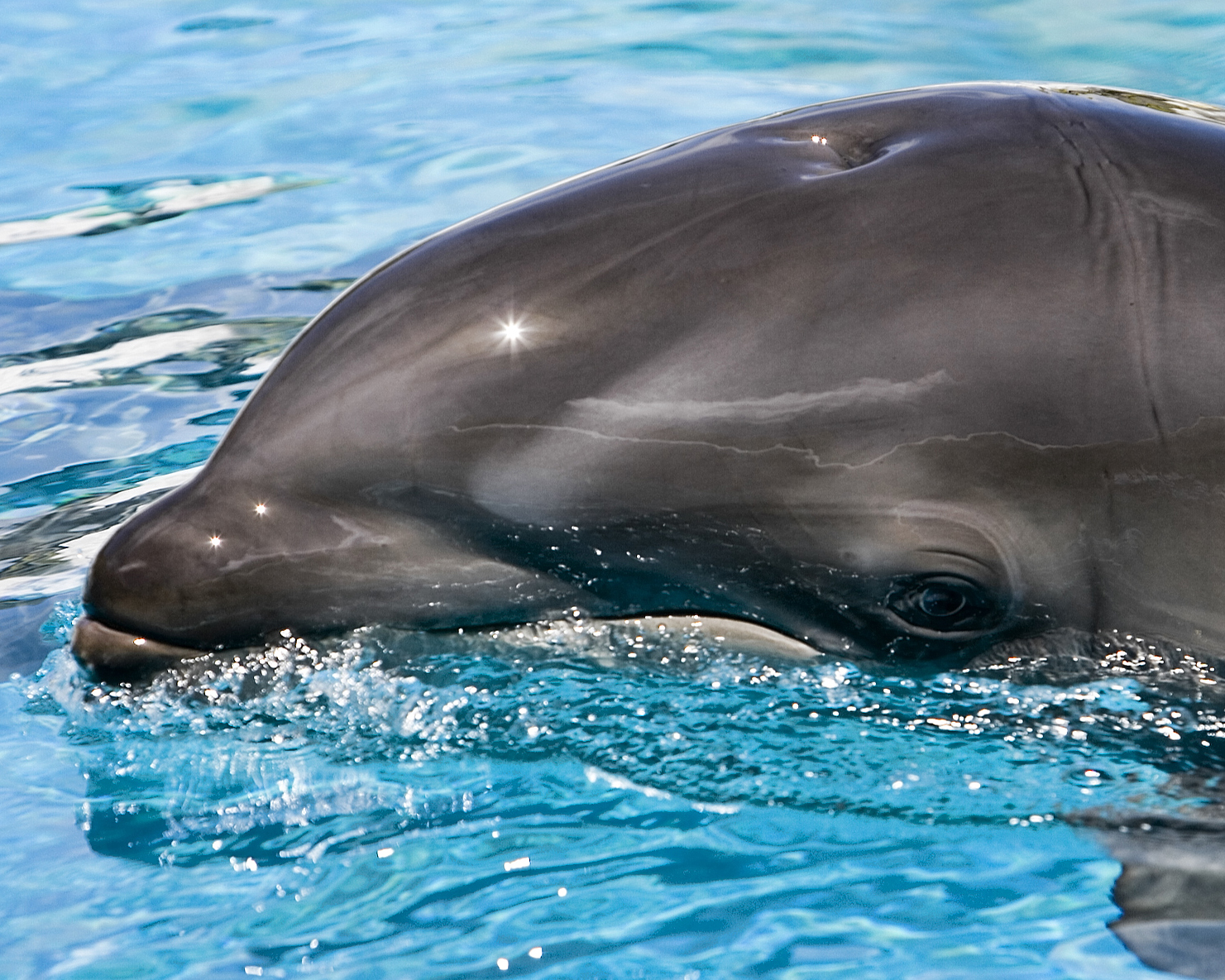 The Wolphin is a creation of a male false killer whale and female bottlenose dolphin breeding. It is kind of a cheat hybrid as false killer whales are exactly that, false whales, and are actually classed as dolphins. But they still look crazy cool. They are occasionally spotted in the wild, and there is currently only one individual in captivity. 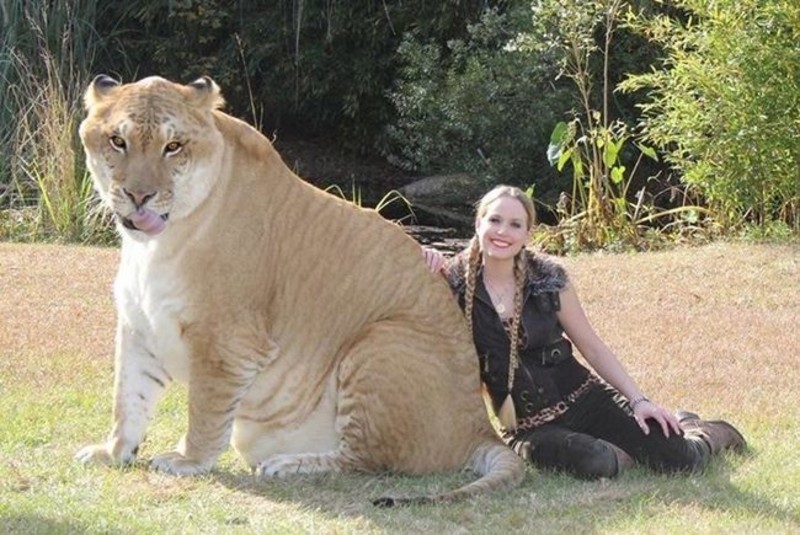 The Liger is a huge animal and are the offspring of male lions and female tigers. They don't exist in the wild despite the legends of them doing so and are deliberately bred in captivity only. There is a myth that Ligers never stop growing their entire lives, which is untrue. They just grow to freakish sizes in their normal growth window. Ligers are the largest cat in the world. Hercules, the biggest individual Liger, weighed 922 pounds. 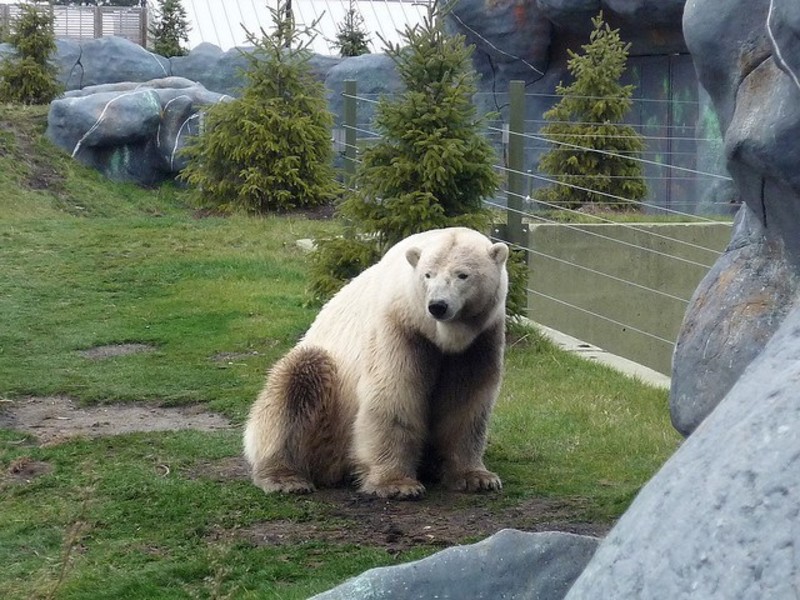 A Grolar bear is nothing to be trifled with, mixing a polar bear and brown bear to create this beast. In the wild, most grizzlies and polars don't cross paths so they are very rare and most live in zoos. However, there have been a handful of confirmed sightings in the wild. In 2006, an Alaskan hunter shot one. They look pretty much like an even split between polar and grizzly bears. Behaviorally, they are closer to polar bears than to browns. 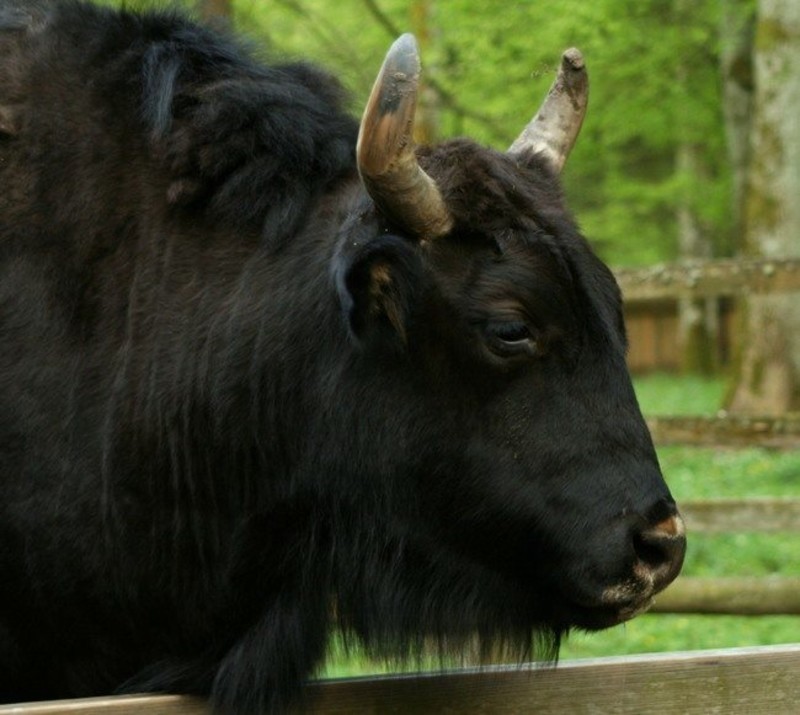 The zubro is a cross between a domestic cow and a Bison and are much hardier than the domestic cow plus possess great strength. They were bred as a possible cattle replacement but the experiment died and there is now only one herd left living in Poland. 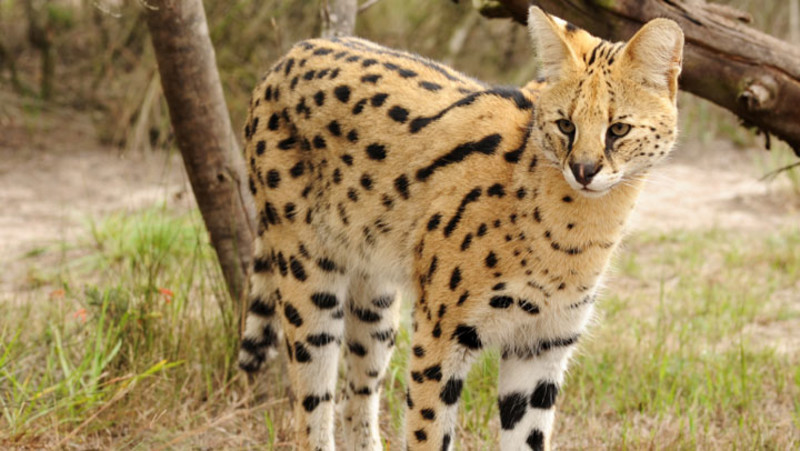 The first domestic cat on the list is the Savannah cat, which is a cross between domestic cat and the wild Serval, a wild cat living in Africa. They are very big for domestic cats, the size of a dog in reality, and are also linked to their owners like a dog too. They have no fear of water like most cats and even play fetch. 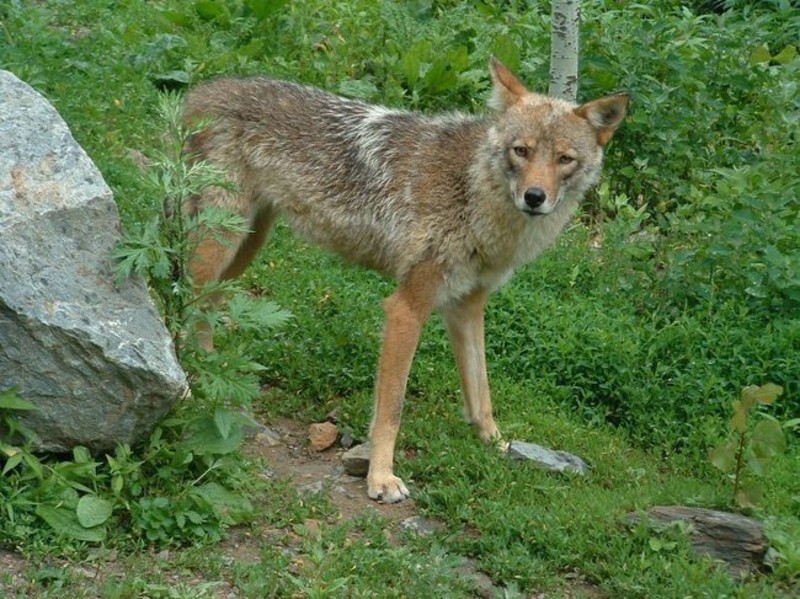 The coyote and wolf are actually very close, genetically speaking, as they only really split from each other as species around 300,000 years ago. The breed is a mix between the Eastern wolf and the common coyote, mixes with gray wolves are very rare due to genetic mix matching from evolution. 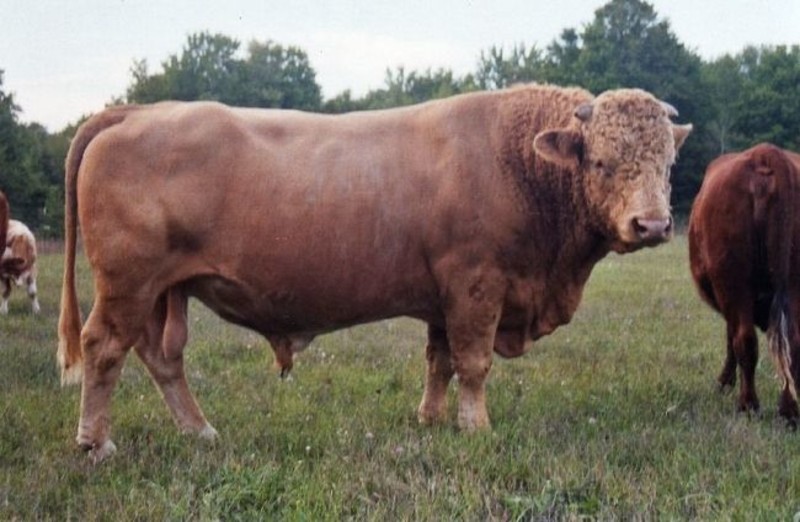 If you ever want to rear an animal to produce some serious beef then the Beefalo is your go to guy. They were first conceived in the 1800s. They're heartier than cattle and do less eco damage to the grass lands they graze on too. The animal is a cross between the domestic cow and wild buffalo and the experiment of breeding has actually ravaged the natural gene pool of the wild buffalo, with only 5 herds naturally existing without cow genes mixed into them. 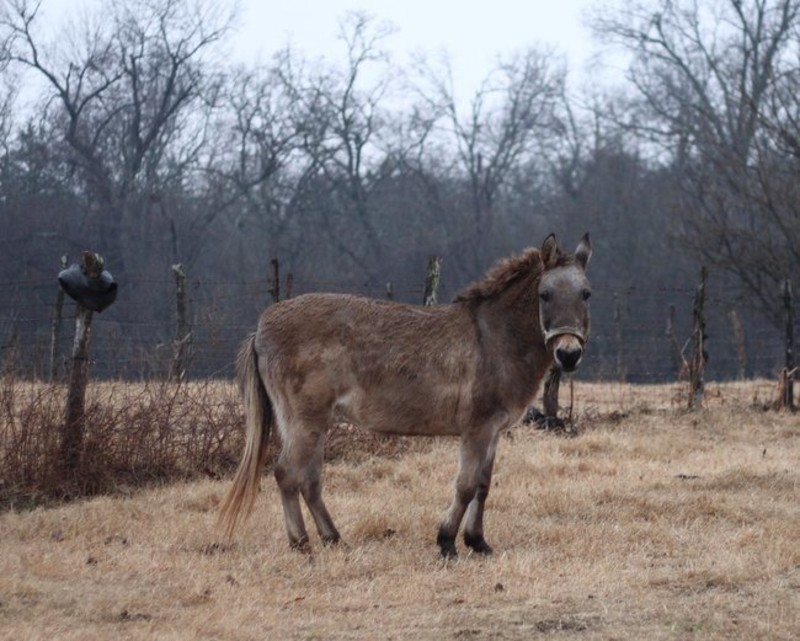 This is a Hinny and is known as a reverse mule. Its when a male donkey and female horse mate. They would usually have a horses head shape with the build and size of a donkey. 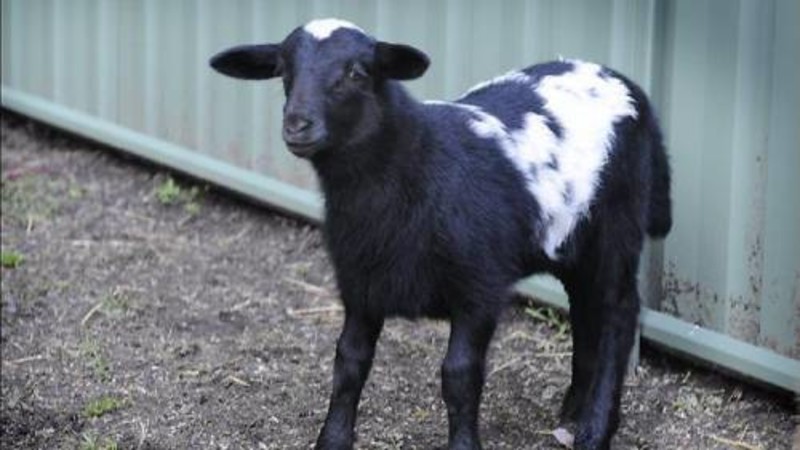 A goat and a sheep are pretty similar; both graze all day, both have fur and both live most of their lives on farms or country hills. Usually, if a hybrid is conceived it doesn't make it to birth and would be a still born so they're very rare. 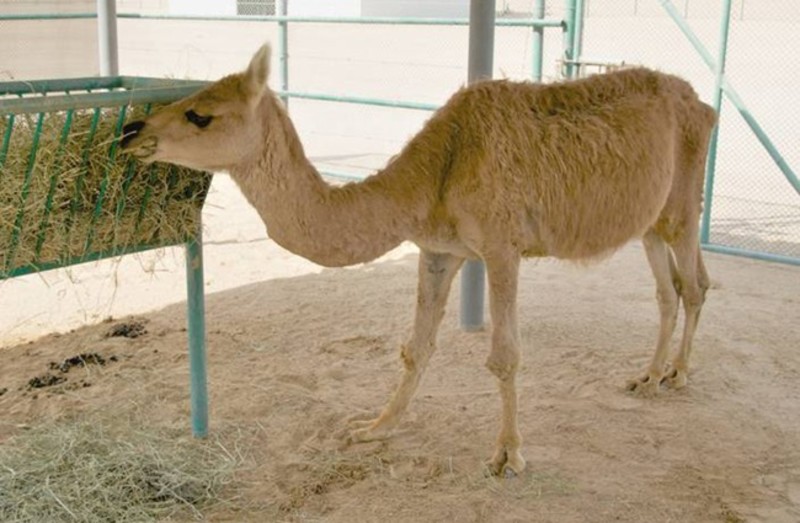 The first ever Cama was made in 1998 when a scientist in Dubai crossed a male camel and a female llama via artificial insemination. It was there fur that pushed the experiment forward, with clippable camel fur being the goal. There are only 5 in the entire world. 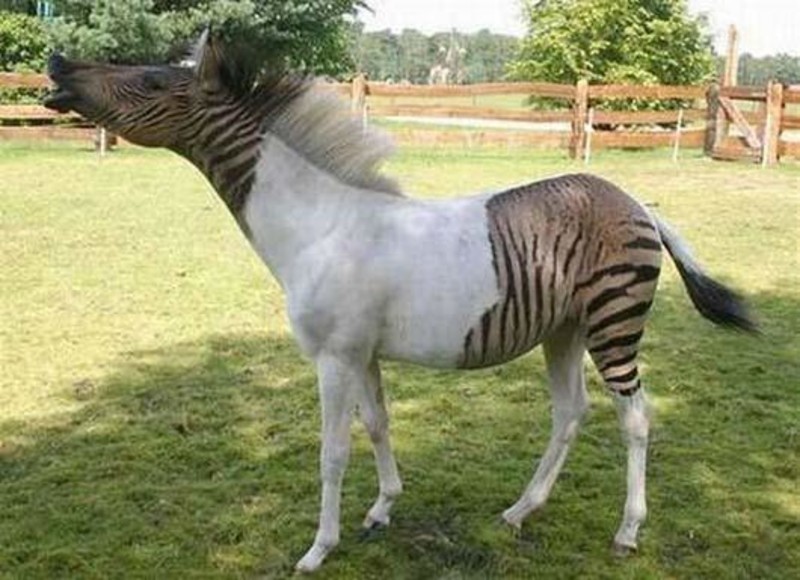 The first animal hybrid on the list is the Zebroid; there is no specific two animals needed to create the zebroid, its simply a cross between a zebra and any other equine. The general make up of the zebroid is the stature and physiology of the equine animal with some marking of the zebra around their bodies. They're very wild and extremely hard to domesticat.