Everyone has a hobby, however some are more weird than others. Here are 11 weird hobbies that some people have, try and get your head around these. 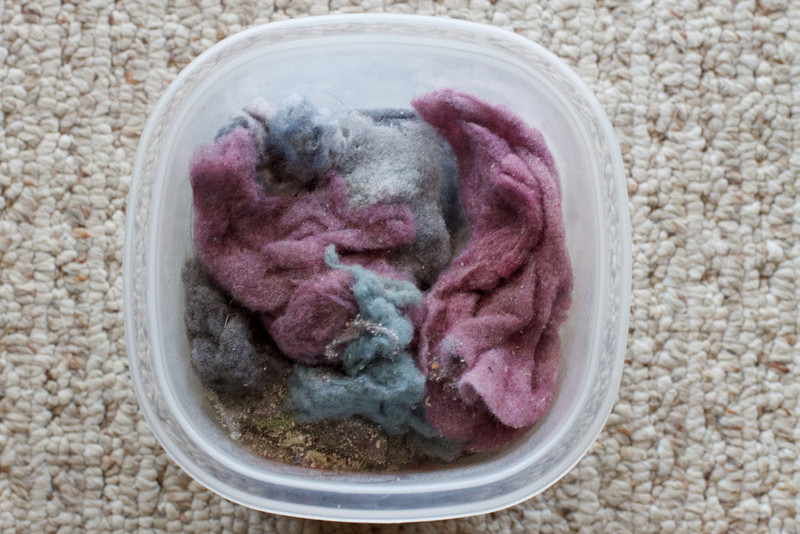 45-year-old librarian, Graham Barker from Perth, Australia has been collecting his own belly button fluff for the last 26 years. He started his bizarre collection when he noticed his own navel lint one night and became curious about how much fluff a person produces. What he did to answer his own questions is he monitored his belly button frequently and collected whatever he could find. Contrary to what most people believe when they hear about his weird habit, Graham isn't obsessed with lint, nor does he spend most of his time checking his navel. He is only driven by curiosity, and dedicates a mere ten seconds a day to collecting the fluff, right before stepping into the shower. Shockingly with his 26 years of collecting, his extensive collection weighs just 22 grams. After being acknowledged by the Guinness Book of Records as the world's largest collection of navel lint, his three jars of fluff were acquired by a museum for an undisclosed amount. Hey i guess it does serve a purpose. Money for Fluff. So custom paint jobs is one thing, However tattooing vehicles is something that is unheard of. A Taiwanese pensioner covers every inch of his four vehicles with virtuous words from Buddhist texts. Li Zongxiong, 71, a workshop owner, started to 'tattoo' his car, two trucks and a motorbike in 1999. His words virtually cover the vehicles, including the mirrors, windscreens, bodywork, doors, wheels - and even the number plates. Li admitted his hobby had caused him trouble: "Passers-by thought I was doodling on the cars of others, and police found it hard to believe that someone would cover his own vehicle in writing," he explained. Li, who has only an elementary school education, said most of the words were taken from Buddhist texts. Li's son, Li Jiasheng, said the family now forbids his father to buy new vehicles, since they know he will write all over them - no matter how much they cost. It’s a shame really because his work is really, really nice but it’s understandable as to why they’ve forced him to stop. When we were younger, we all had some sort of activity to pass the time outside of school hours. What were your hobbies? Played Sports, Learning how to play an instrument? Or maybe something a bit more on the creative side like drawing?..................How about mooing? Did anybody take up Mooing when they were younger? Yeah me neither. When it comes to mooing, 10-year-old Austin Siok is an expert. The Dyer Intermediate School fifth-grader won an annual mooing contest at the Wisconsin State Fair because he sounded more like a real cow than the other about 80 contest participants. Austin practised enough that he did well in the Racine County Fair contest and qualified to compete at the State Fair last Wednesday. 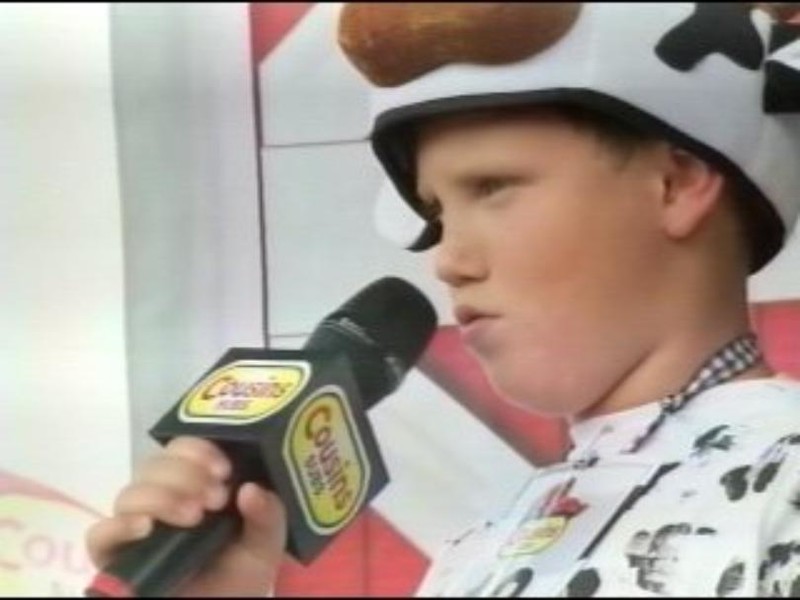 He ended up winning the contest, which was for anyone over age 5, after a moo-off with the second place winner. For his win, Austin got $1,000, a cow print jacket, a golden cowbell and a year's worth of free subs from Cousins Subs, which sponsored the contest. This literally one step away from being something you’d see in One Who Flew Over the Cuckoo’s Nest. Nothing like passing the time by faking your own death! 47 year old, Chuck Lamb (Who is also appropriately known as “The Dead Body Guy”) probably has the world's strangest hobby: he likes to play dead. As if that's not enough, he takes it one step further: he takes photos and videos of himself playing dead and posts them on his website that he’s run since 2005. 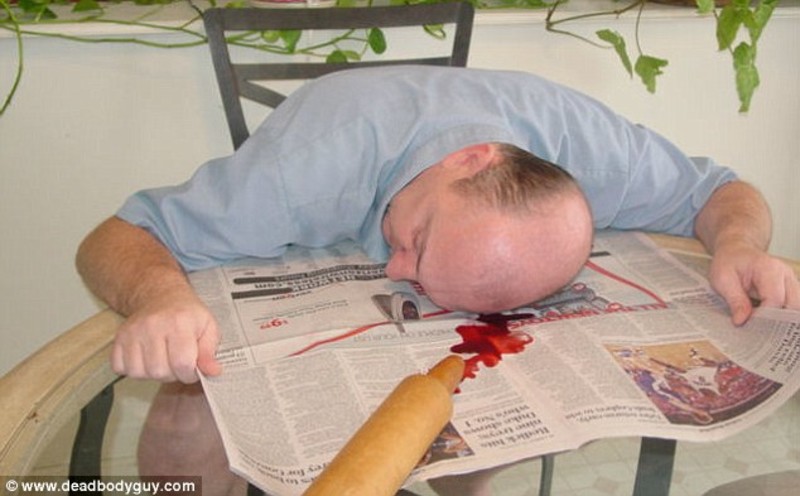 These bizarre antics have attracted well over 32 million hits to his website by the time it’s 1st anniversary came around, and has since made several newsprint, TV and radio appearances.Now you’re probably asking yourself “What’s his motivation for doing this?” Well on his website, he states that he'd always dreamed of being in a movie or on TV. Well, that seems to be a pretty bizarre hobby for a married man with 6 kids. He himself admitted that he has no acting experience and he's not good looking. In other words, he'd never make it as an actor. Probably the dumbest entry on this list! Whoever thought that train surfing was a good idea needs to be committed to an insane asylum because you’re pretty much asking to get severely injured (Or even worse, Die!). Well for whatever reason, This caught on and a bunch of other people decided it would be a good idea and follow this trend.Train surfing began in Germany in the 1980s, and took off from there. The practice entails finding a train—the faster, the better—jumping on it, and then maybe dying. As a hobby it has its shortcomings, not least of which is the cosmic irony that if you’re drunk enough to think this is a good idea, you’re almost certainly too drunk to do it safely. In 2008 alone, at least 40 people died jumping onto trains in Germany. What a surprise! If you’re going to do drugs, i guess you might as well be productive about it. In 2009, Dutch authorities got an unusual report. A man, who has never been identified, reported the theft of his ecstasy collection, which he had been keeping in coin folders. According to a report fillled by the authorities, a burglar broke into the 46-year-old man’s Eerbeek home and made off with more than 2,400 tabs of ecstasy. 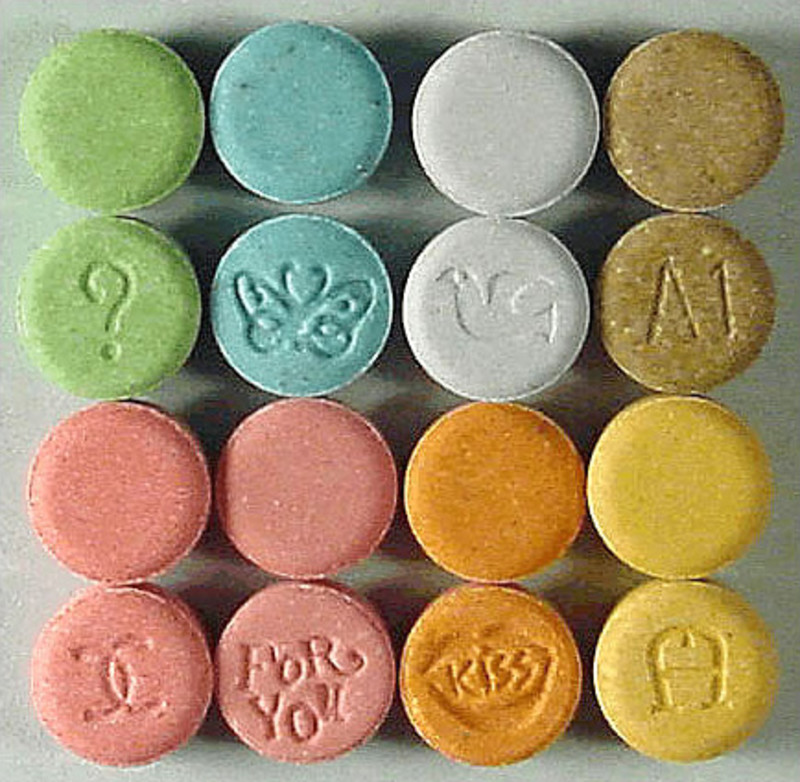 Apparently, the man had been collecting the pills out of an appreciation for the different colors and logos stamped on them (Which i’m sure a lot of users are going to use as an excuse now). He denied using ecstasy himself. He was fully aware that his collection was ridiculously illegal, but chose to report the theft out of concern over the forty or so pills in the collection that he said were poisonous. Admittedly that was responsible of him. Dutch police declined to press charges against the man, on the grounds that they technically lacked evidence to support a possession charge. For his part, according to police spokesperson Esther Naber, the man had given up hope of getting his collection back. She added: “Why would you make something like this up?” Let’s be honest, Ironing is a pain! Ironing feels like a sport on it’s considering how stressful it can be. However, if ironing is too boring for you, How about giving EXTREME ironing a shot! Extreme Ironing is an extreme sport and a performance art. People who play this unusual sport go to a remote location and iron clothes! 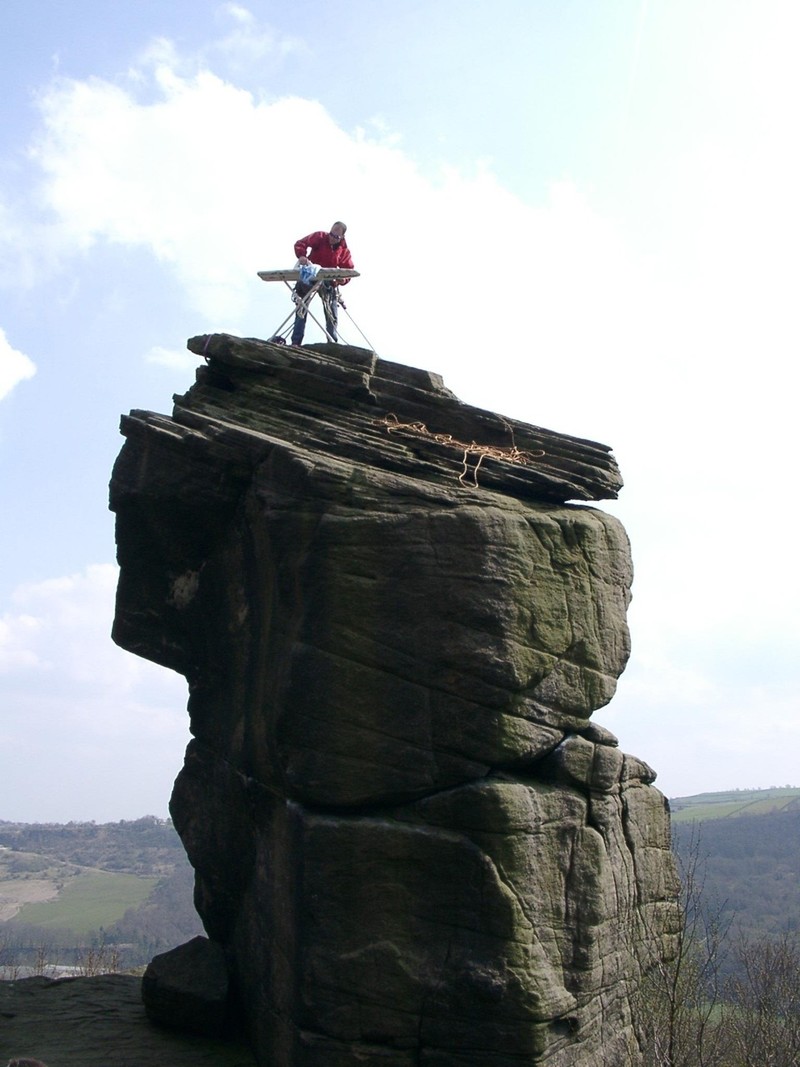 They call themselves ‘ironists’, and get a thrill from taking their ironing board, unplugged iron and some of their wrinkly clothes to some extreme places and photograph themselves doing it. Such places that they have reached include extreme altitude, underwater, hanging from cliffs, and on top of vehicles. According to the official website, extreme ironing is “the latest danger sport that combines the thrills of an extreme outdoor activity with the satisfaction of a well-pressed shirt.” Well you know what they say. Milk is good for your bones, However we’re not talking about the actual consumption of milk on this portion of the list. Paul Luke REALLY likes his milk. Not as in, “he enjoys a nice cold glass with lunch”, as in, “he’s kind of really into milk as a hobby.” So much so that not only does the former milkman (and current dairy sales rep) have a milk bottle collection, he has over 10,000 milk bottles, and actually had to build a museum to keep all of them. As crazy as it is, It is also worth mentioning the fact that for decades, milk bottles would have various kinds of advertisements and art designs on them, so it’s not just a strange hoarding thing as it’s something that could sell for a lot later down the line (I mean if people can get top dollar for an old magazine issue that’s intact then it’s not completely insane). However, he’s just the tip of the iceberg of an entire network of milk bottle collectors who share, trade, and talk about milk bottles. Yeah we’re not making this up. This is an actual hobby that people have. If it sounds weird, well, it is, but believe it or not, it’s possible. Essentially, you make a ball of mud and draw the moisture out of it, while coating it with finer and finer grains of soil. Then you work the dirt, by hand, polishing it into a high-gloss sphere. Although it’s definitely something we wouldn’t recommend you doing as a hobby…….Think of how unhygienic it would be. Talk about polishing a turd. 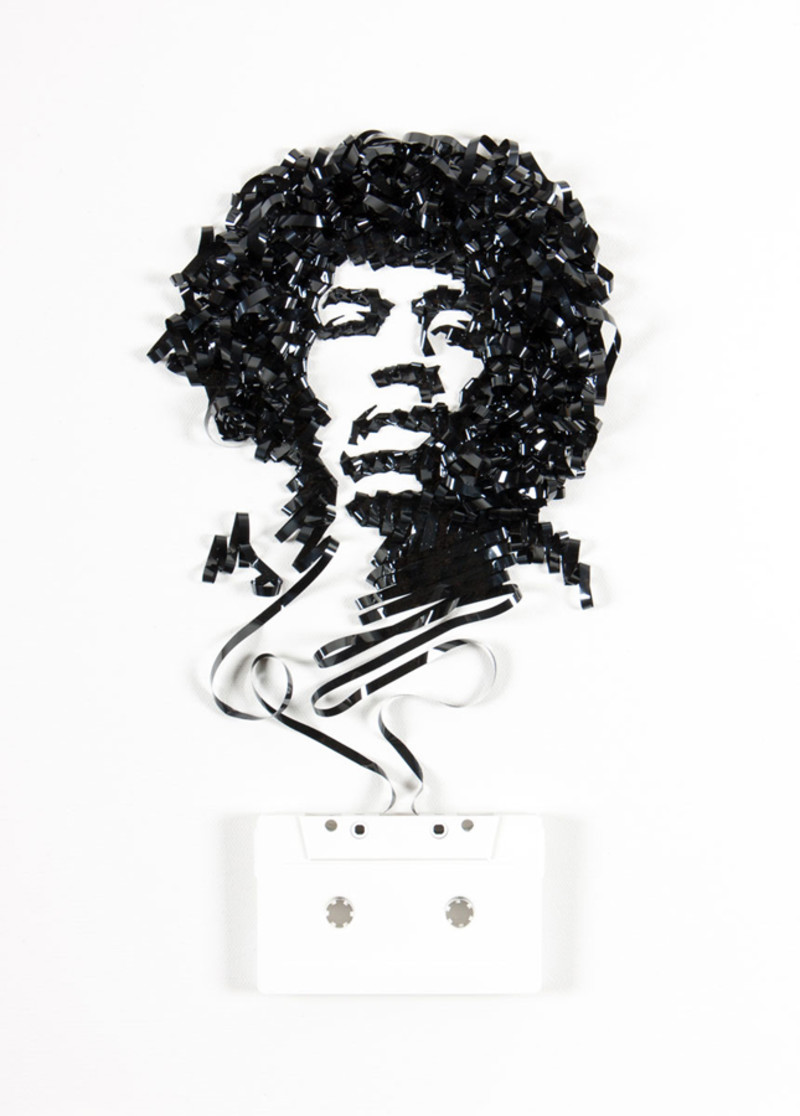 Okay, Crazy or Not, This one is pretty damn amazing! So with Cassette tapes being an obsolete, analogue format that’s pretty much not used anymore by most media production companies and consumers (Unless you’re a person who likes to collect cassette tapes for sentimental value), This media format is essentially just waste now. Well a few creative people got the bright idea to recycle a bunch of cassette tapes and make something incredible out of them. What they do is they take the magnetic tape out of the cassette and forge it into the likeness of a musician of their choice. The results are outstanding! Another form of Cassette tape art is by simply using the cases themselves to create a certain pattern to create a piece of art that really showcases what the 80s was about. Some of the art produced is really well created and is just simple great to look at.