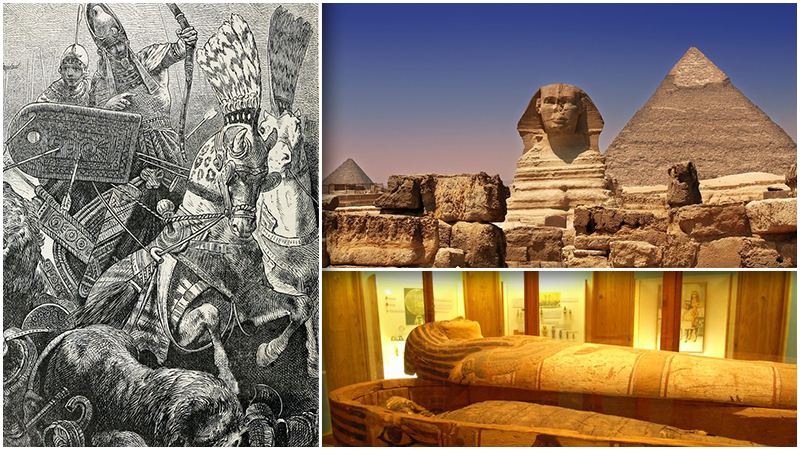 The ancient Egyptians Ruled over most of north Africa For many centuries so it is only just that there history would be full of dark and interesting facts that we already know. But some facts have been changed over time or changed completely. Here are some dark & random facts about the ancient Egyptians that might surprise you.

The Pyramids Were Not Built By Slaves.

Ending off the list based on one of the biggest aspects of ancient Egypt. The pyramids and the workers who built them! Needless to say, The life of a pyramid builder certainly wasn’t an easy one, that’s for certain. Skeletons of these workers commonly show signs of arthritis and other ailments such as signs of back problems. 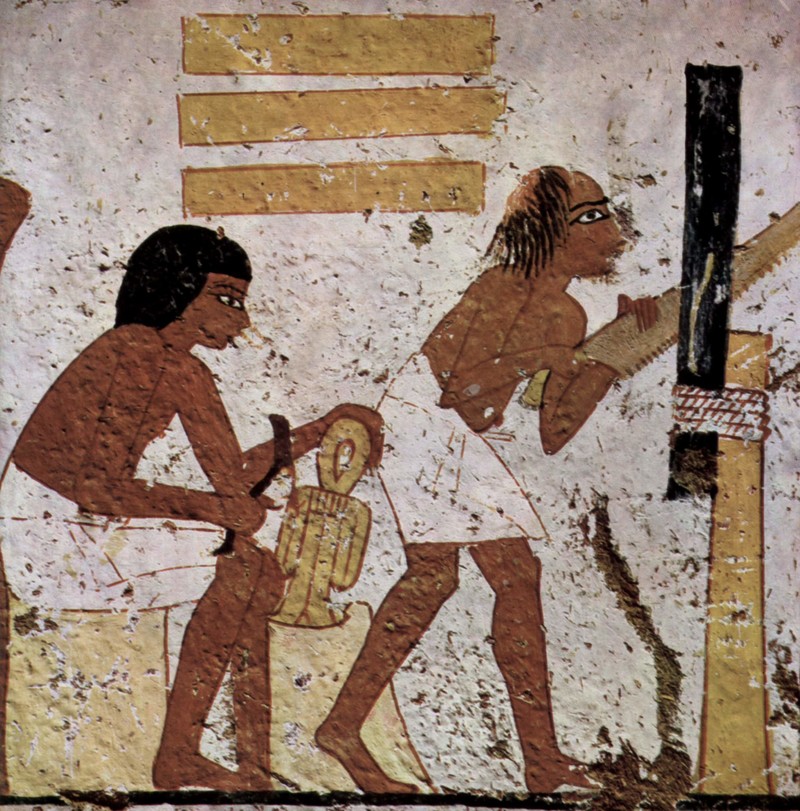 That being said however, these remains also showed significant evidence that suggests that the massive tombs were built not by slaves but by paid labourers. These ancient construction workers were a mix of skilled artisans and temporary hands, and some appear to have taken great pride in their craft. 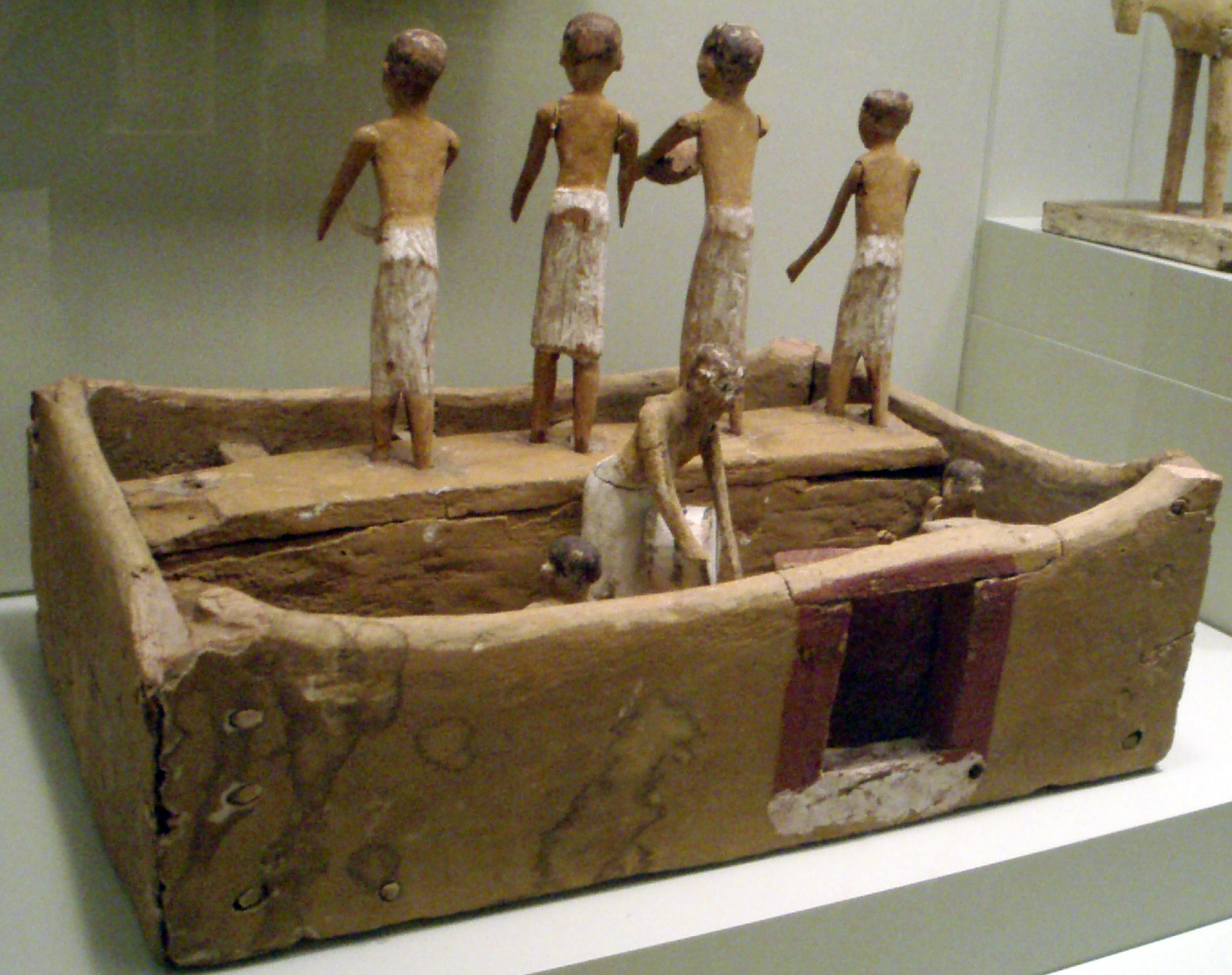 Other signs of this are shown through Graffiti found near the monuments that suggest that they would often assigned humorous names to their crews like the “Drunkards of Menkaure” or the “Friends of Khufu.” Now if these people were slaves, they sound like pretty happy slaves if they can joke around like that. 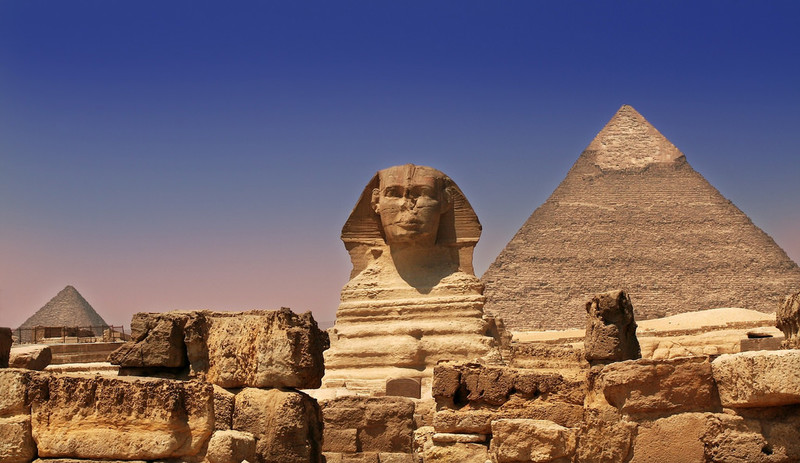 The idea that slaves built the pyramids at the crack of a whip was first conjured by the Greek historian Herodotus in the fifth century B.C., but most historians now dismiss it as myth. While the ancient Egyptians were certainly not averse to keeping slaves, they appear to have mostly used them as field hands and domestic servants. 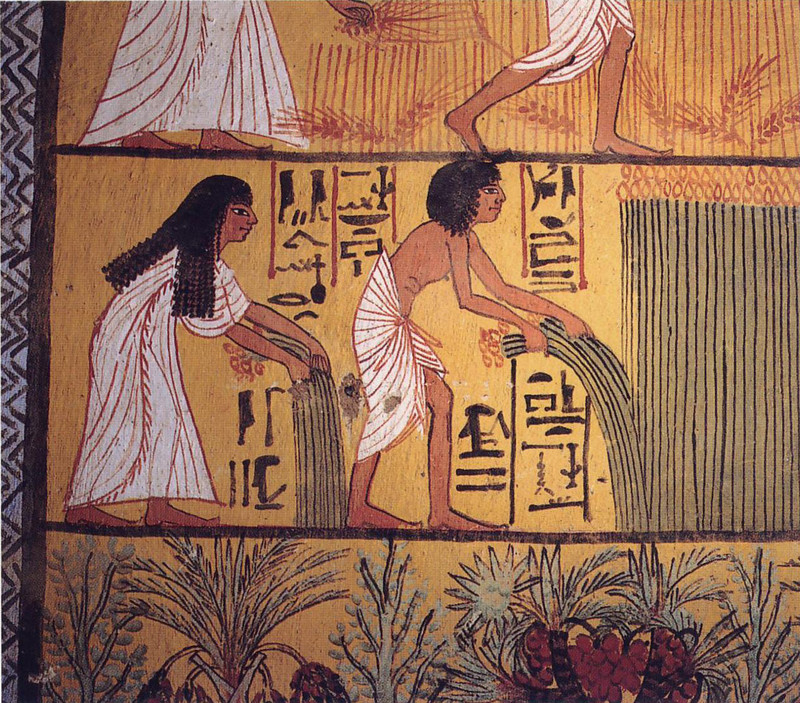 Who says unions didn’t exist in the 12th century B.C? So as it turns out, Even though they regarded the pharaoh as a kind of living god, Egyptian workers were not afraid to protest for better working conditions. Considering the work they would undertake, can you honestly blame them for forming a union? 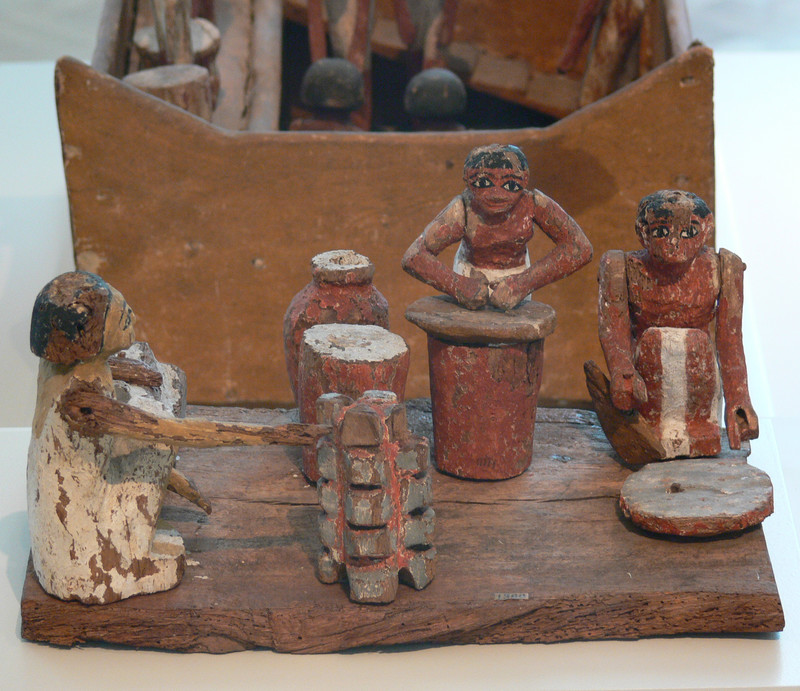 The most famous example came in the 12th century B.C. during the reign of the New Kingdom pharaoh Ramses III. When labourers engaged in building the royal necropolis at Deir el-Medina did not receive their usual payment of grain, they organised one of the first recorded strikes in history. The protest took the form of a sit-in: The workers simply entered nearby mortuary temples and refused to leave until their grievances were heard.

The Ancient Egyptians Forged One Of The Earliest Peace Treaties On Record.

So who would have honestly thought that the Egyptians created one of the earliest known peace treaties on record? 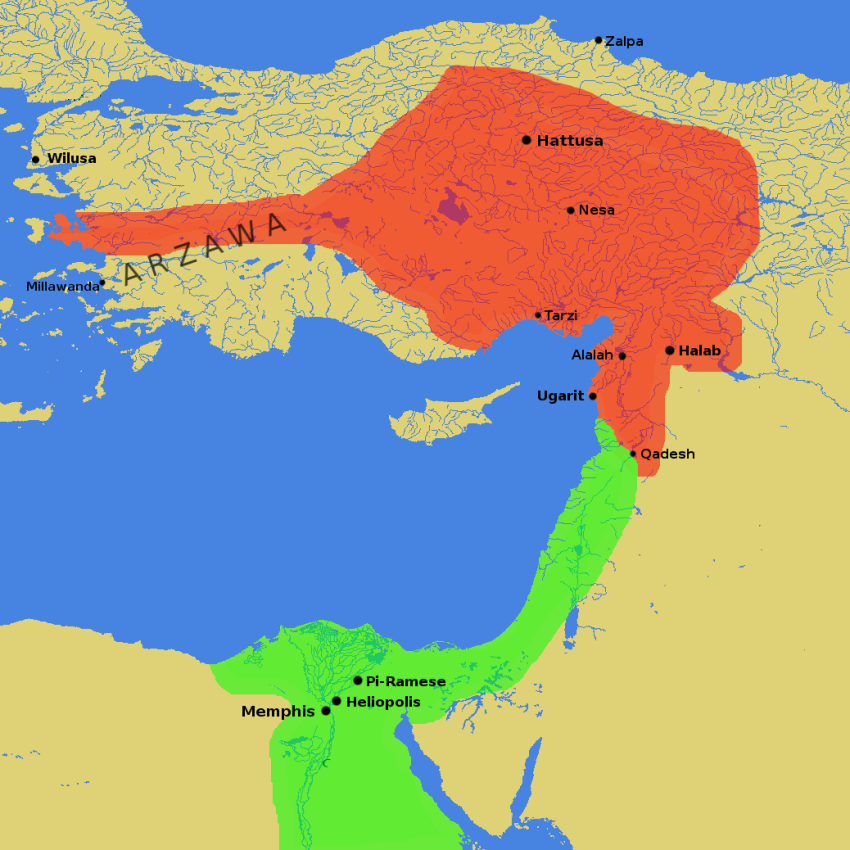 For over two centuries the Egyptians fought against the Hittite Empire for control of lands in modern day Syria. The conflict gave rise to bloody battles like 1274 B.C.’s Battle of Kadesh, but by time of the pharaoh Ramses II neither side had emerged as a clear victor. With both the Egyptians and Hittites facing threats from outsiders, in 1259 B.C. Ramses II and the Hittite King Hattusili III decided to bury the hatchet as they negotiated a famous peace treaty. 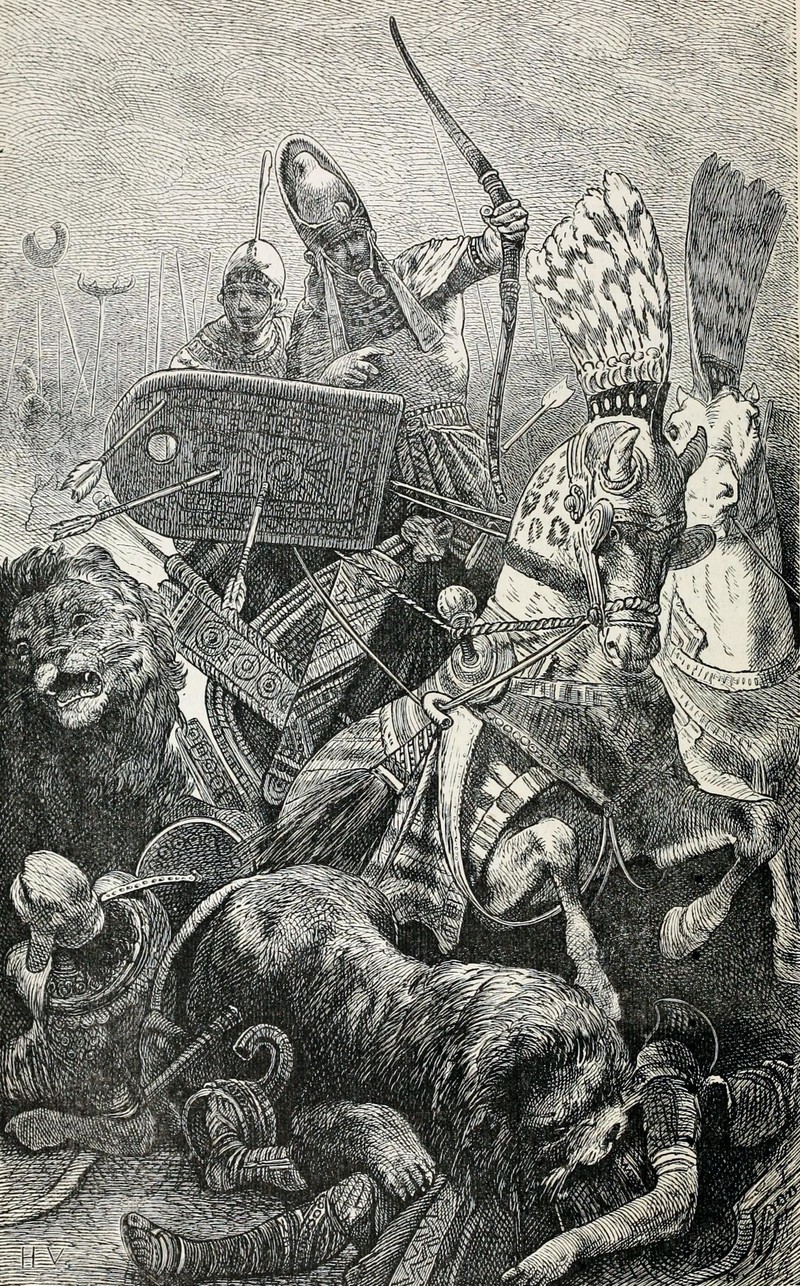 This agreement ended the conflict and decreed that the two kingdoms would aid each other in the event of an invasion by a third party. The Egyptian-Hittite treaty is now recognised as one of the earliest surviving peace accords, and a copy can even be seen above the entrance to the United Nations Security Council Chamber in New York. 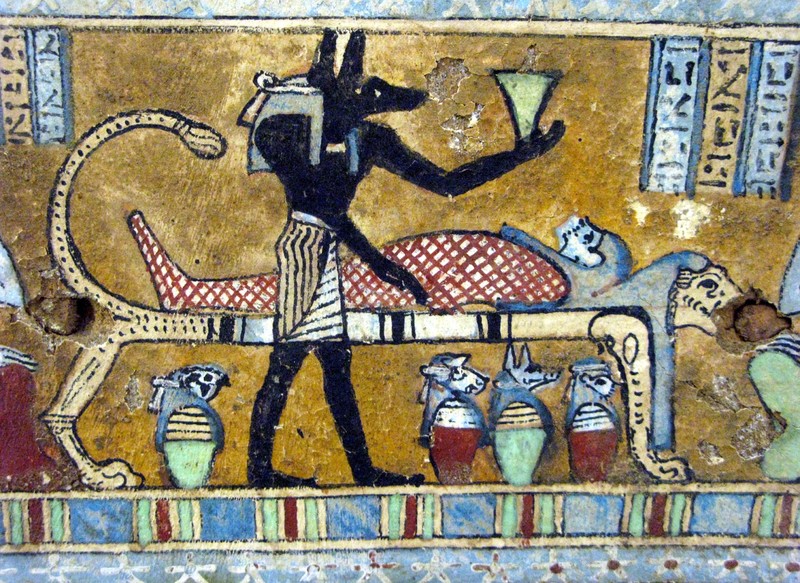 Probably one of the most well known traditions from ancient Egyptian civilisation is the mummification process. So When a body was mummified, its brain is usually removed through one of the person’s nostrils a and is usually removed with other internal organs of the person’s body such as a person’s intestines, a person’s liver, stomach, lungs among other things and are then stored away in in jars called canopic jars. 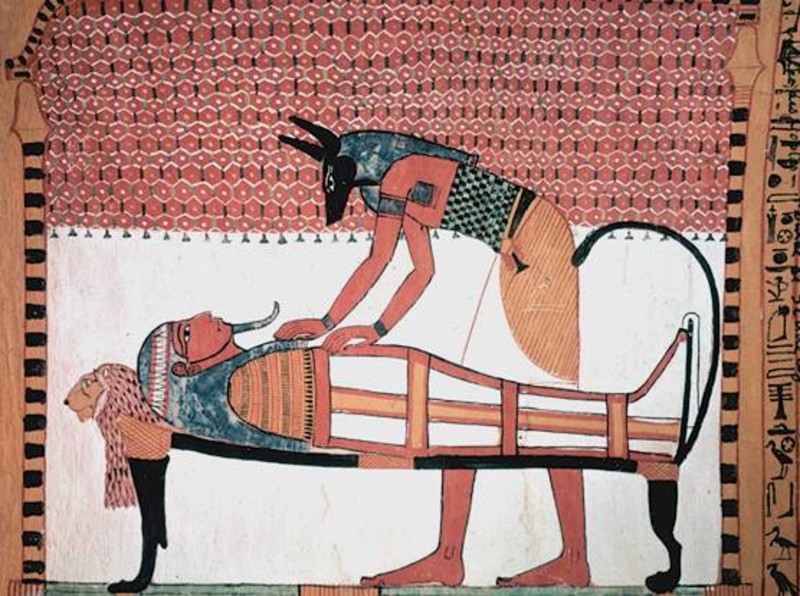 Each organ was placed in its own jar. The only internal organ that was not removed was the heart, because Egyptians considered it to be the seat of the soul. Originally The earliest ancient Egyptians buried their dead in small pits in the desert. The heat and dryness of the sand dehydrated the bodies quickly, creating lifelike and natural 'mummies'.Later, the ancient Egyptians began burying their dead in coffins to protect them from wild animals in the desert. 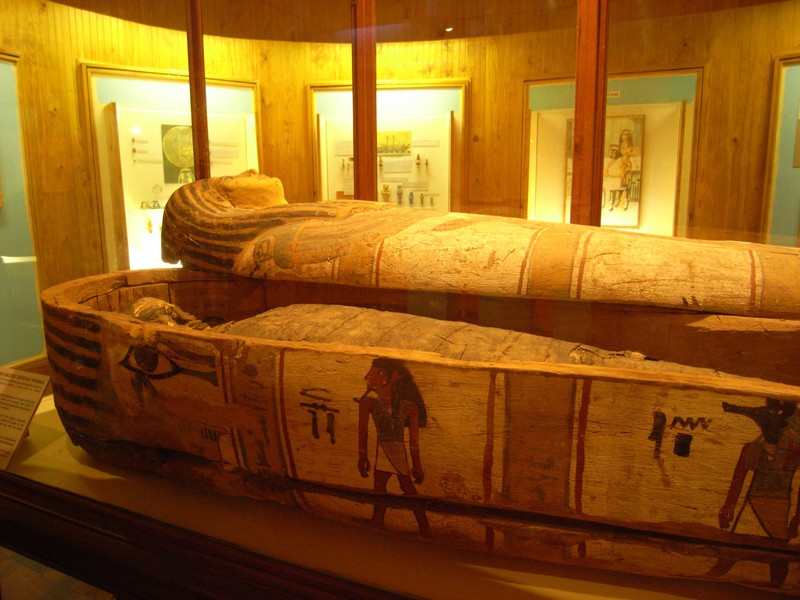 Even with this method however, they realised that bodies placed in coffins would decay when they’re not directly exposed to the hot, dry sand of the desert. Over many centuries, the ancient Egyptians developed a method of preserving bodies so they would remain lifelike. The process included embalming the bodies and wrapping them in strips of linen. Today we call this process mummification. 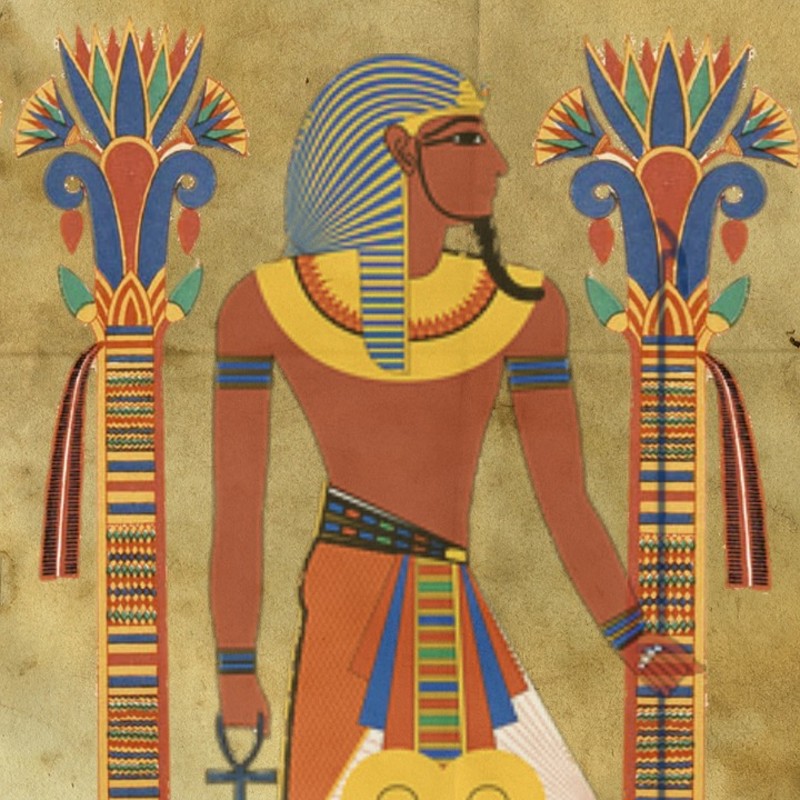 So when it came to the Ancient Egyptians, Modern society believed that they worshipped two things. 1 being their current pharaoh and the other thing being the Egyptian god ‘Ra…….Or was it the god Isis?..........Anubis maybe?......Well they’re all correct. 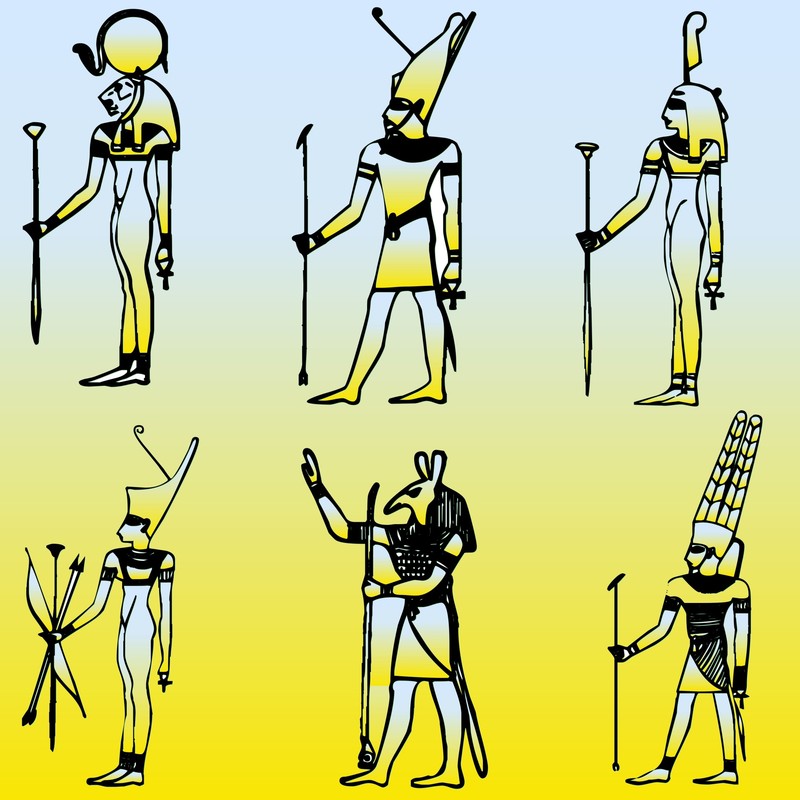 In fact, The Ancient Egyptians believed in over 2,000 deities! The reason for this is because the Egyptians worshipped different Gods so that life could be kept in balance. Each God had different “responsibilities”. The list of deities includes hawk-headed Sun God Ra, Goddess of moisture Tefnut, Anubis – the god of embalming and the dead, and many more!

Cleopatra Was Not Egyptian 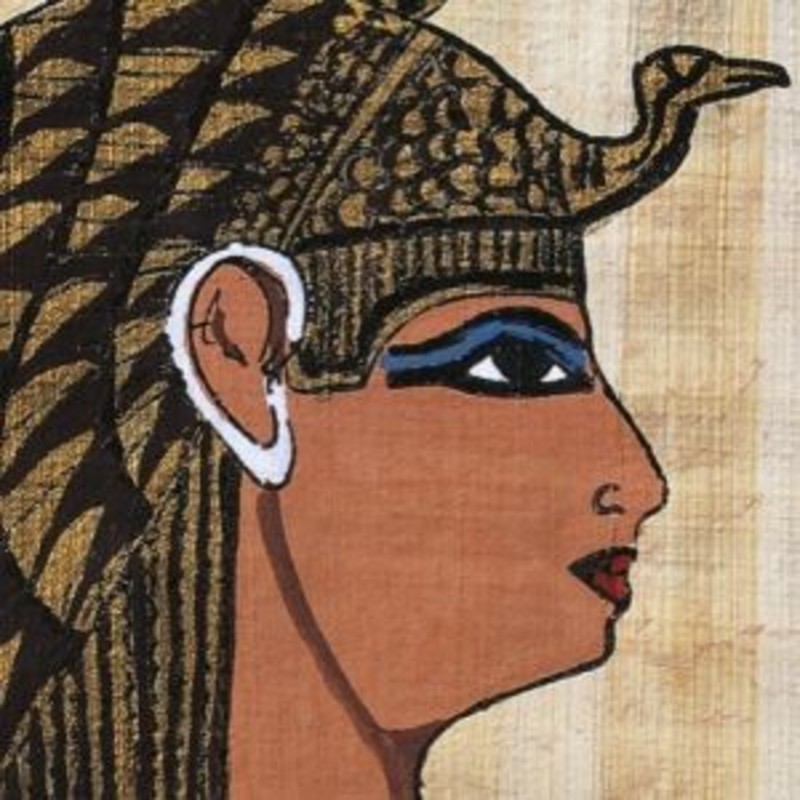 Along with both Ramses and King Tut, perhaps no figure is more famously associated with ancient Egypt than Cleopatra VII. That being said however, It’s kind of strange that she wasn’t even Egyptian. 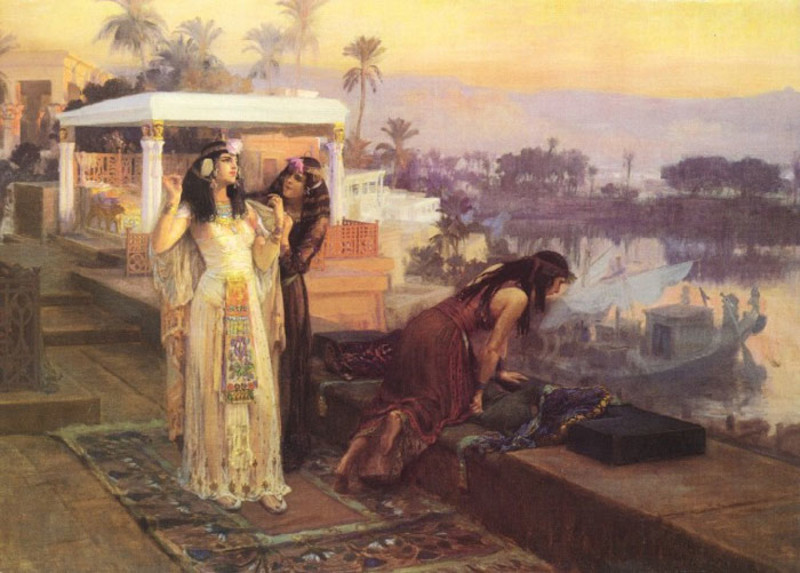 Cleopatra was actually part of a long line of Greek Macedonians originally descended from Ptolemy I, one of Alexander the Great’s most trusted lieutenants. The Ptolemaic Dynasty ruled Egypt from 323 to 30 B.C., and most of its leaders remained largely Greek in their culture and sensibilities. 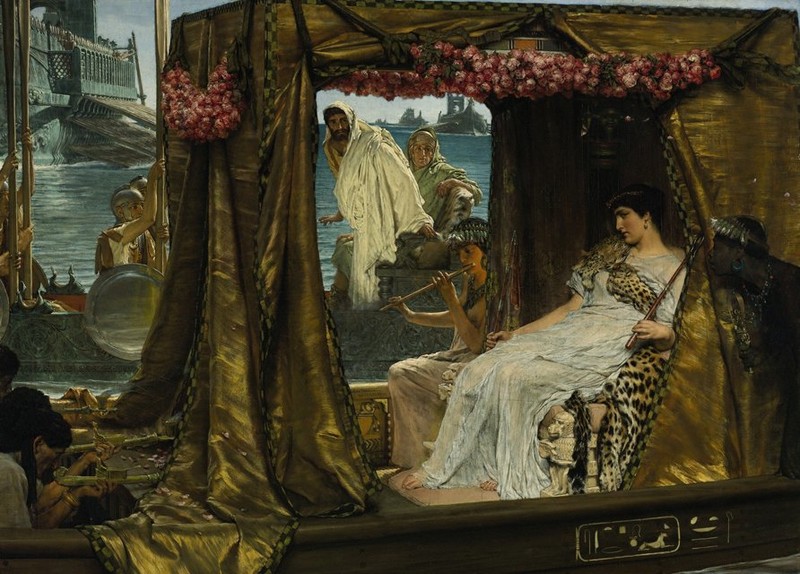 In fact, Cleopatra was famous for being one of the first members of the Ptolemaic dynasty to actually speak fluent Egyptian. That’s impressive!

King Tut Was Possibly Killed By A Hippo 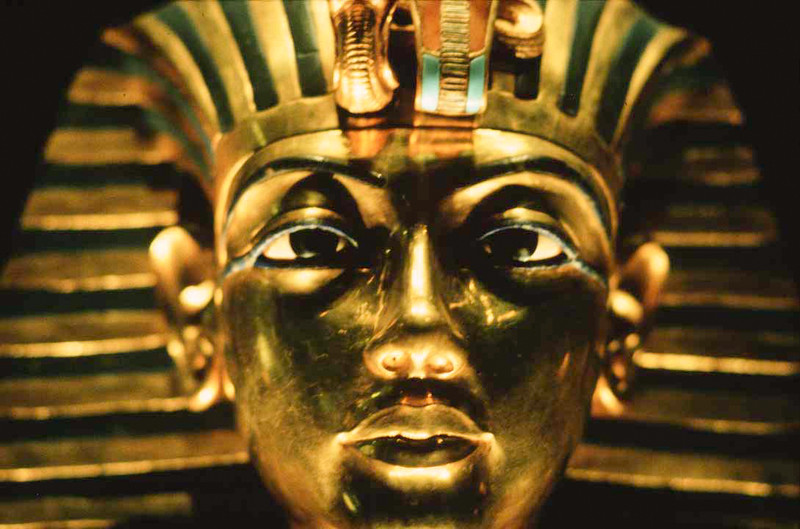 We all know of King Tut. He’s one of the first things we think about when it comes to ancient Egypt behind pyramids and the desert. Tutankhamen was an Egyptian pharaoh, who is more commonly referred to as King Tut. Since there are no records or even stories passed down through the generations of his death, this topic has been the subject of considerable debate. 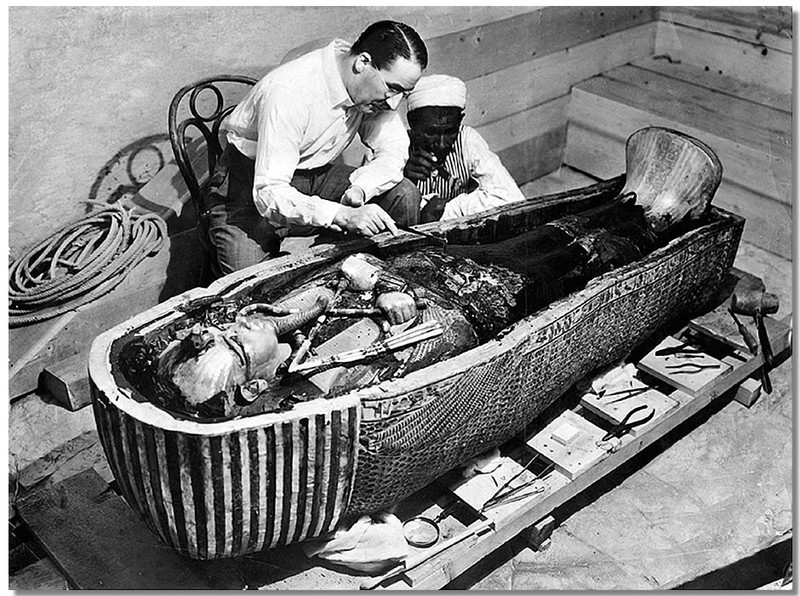 Though there is some speculation that he might even have been assassinated, in 2005 a CT scan taken of King Tut’s mummified remains revealed that he had suffered a leg fracture and that the leg had become infected. Other theories suggest that the cause of Tut’s death was a combination of malaria and Köhler disease II, or that he died of sickle cell disease. Scans of King Tut’s body show that he was embalmed without his heart or chest wall, which is weird, because it is against traditional Egyptian burial practice. 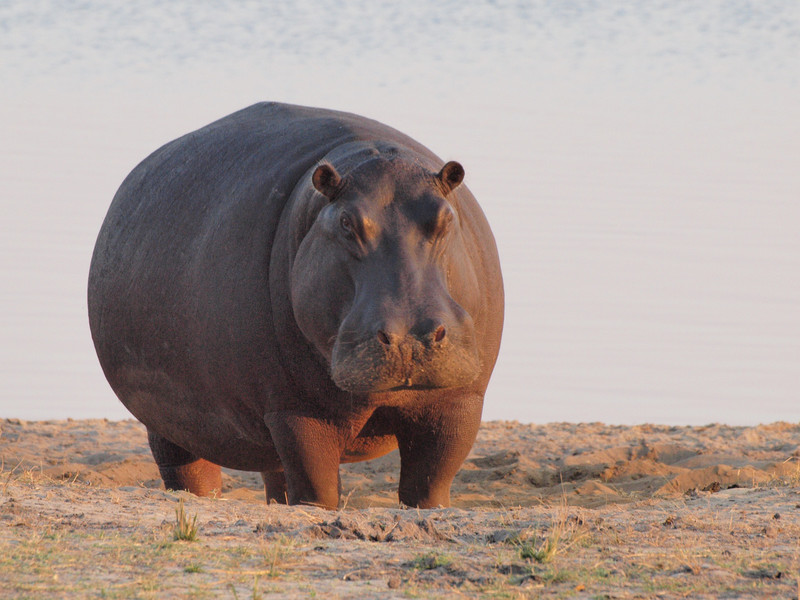 Surprisingly, Some Egyptologists believe that King Tut’s death was caused by a hippopotamus. Reason for this being that the Ancient Egyptians hunted hippopotamus for sport, and statues found in King Tut’s tomb even depict him in the act of throwing a harpoon. Hippos are known to attack and kill; Some Egyptologists believe that his death might have been the result of a hunt gone wrong.