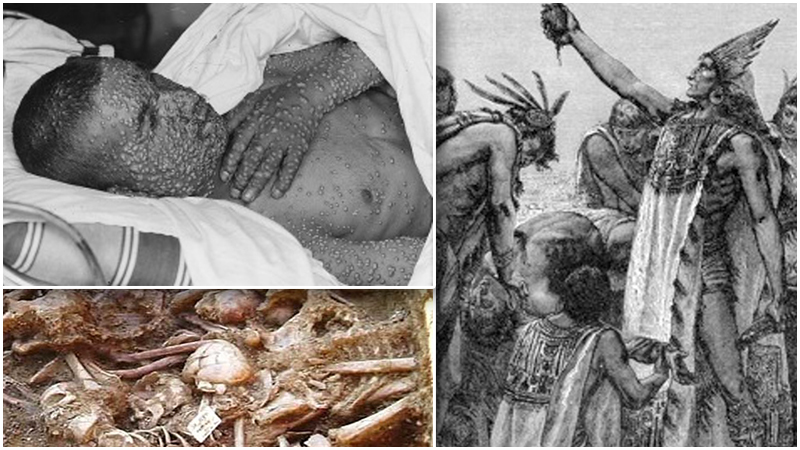 9 Devastating Plagues that shook the world!

Over the course of human history, diseases have been there along side us causing havoc and destruction to the population. Here are 9 devastating plagues that shock the world, and wiped out millions of people. 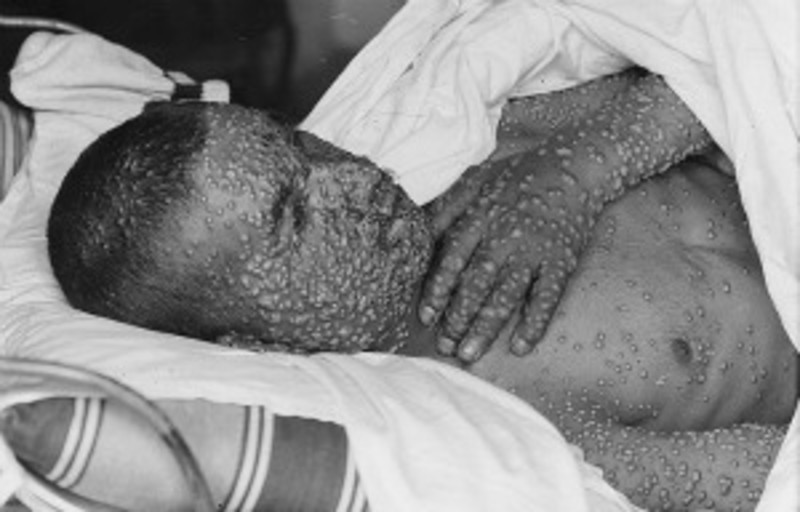 Smallpox (also known by the Latin names Variola or Variola vera) is a contagious disease unique to humans. Smallpox is caused by either of two virus variants named Variola major and Variola minor. The deadlier form, V. major, has a mortality rate of 30–35%, while V. minor causes a milder form of disease called alastrim and kills ~1% of its victims. 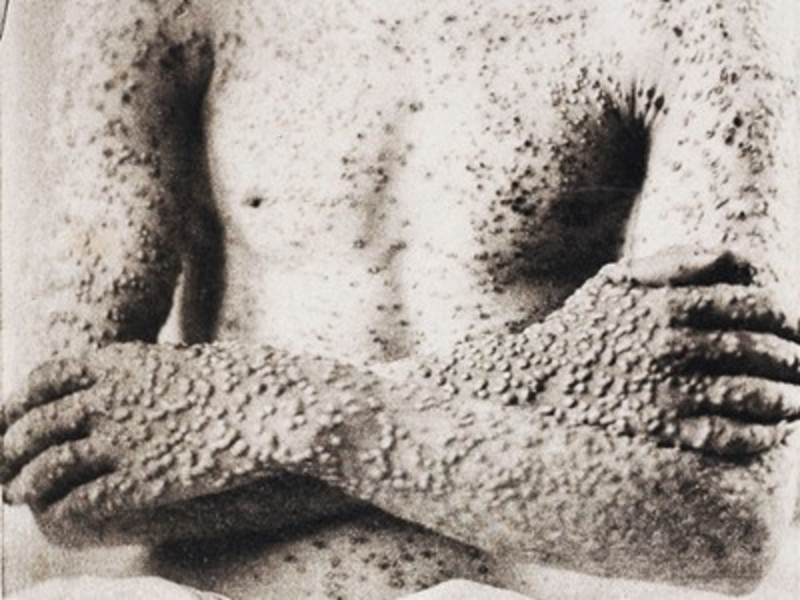 Long-term side-effects for survivors include the characteristic skin scars. Occasional side effects include blindness due to corneal ulceration's and infertility in male survivors. Smallpox killed an estimated 60 million Europeans, including five reigning European monarchs, in the 18th century alone. Up to 30% of those infected, including 80% of the children under 5 years of age, died from the disease, and one third of the survivors became blind. 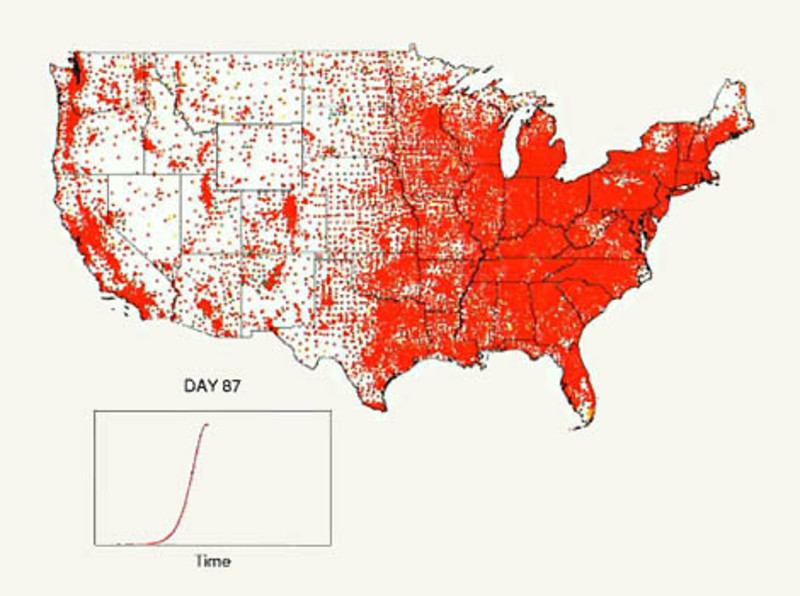 As for the Americas, after the first contacts with Europeans and Africans, some believe that the death of 90 to 95 percent of the native population of the New World was caused by Old World diseases. It is suspected that smallpox was the chief culprit and responsible for killing nearly all of the native inhabitants of the Americas. In Mexico, when the Aztecs rose up in rebellion against Cortés, outnumbered, the Spanish were forced to flee. In the fighting, a Spanish soldier carrying smallpox died. After the battle, the Aztecs contracted the virus from the invaders' bodies. When Cortes returned to the capital, smallpox had devastated the Aztec population. It killed most of the Aztec army, the emperor, and 25% of the overall population. Cortés then easily defeated the Aztecs and entered Tenochtitlán, where he found that smallpox had killed more Aztecs than had the cannons. 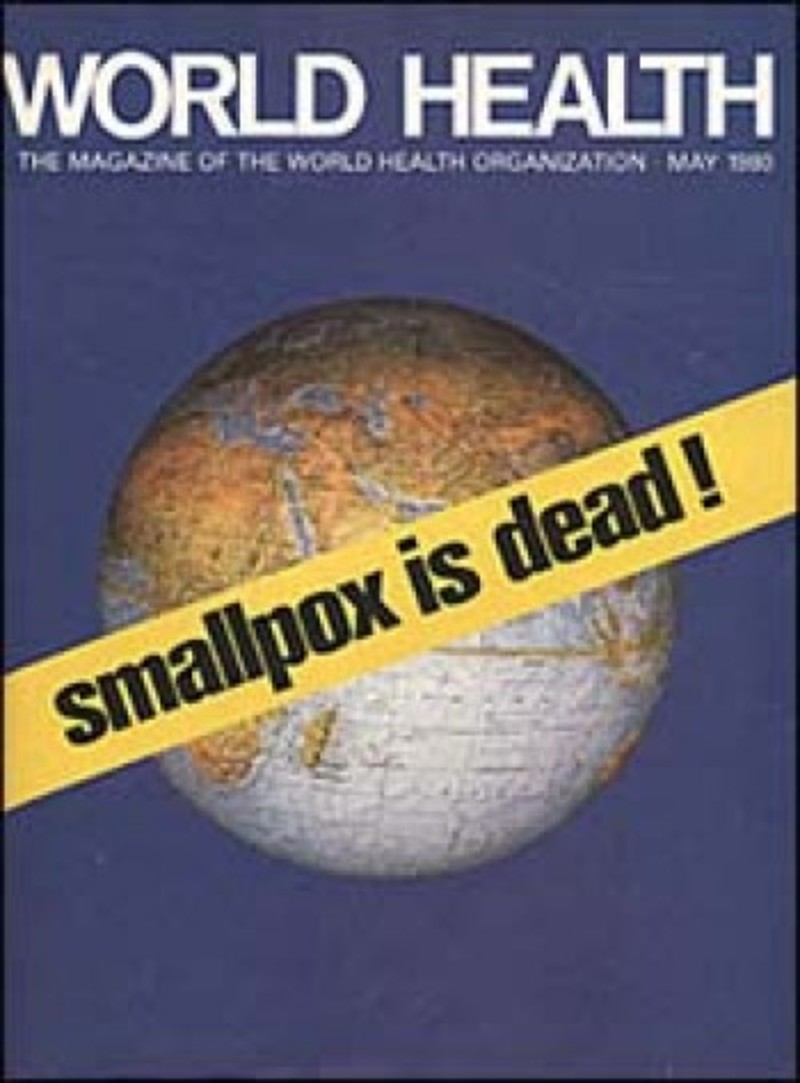 Smallpox was responsible for an estimated 300–500 million deaths in the 20th century. As recently as 1967, the World Health Organisation (WHO) estimated that 15 million people contracted the disease and that two million died in that year. After successful vaccination campaigns throughout the 19th and 20th centuries, the WHO certified the eradication of smallpox in 1979. To this day, smallpox is the only human infectious disease to have been completely eradicated from nature. 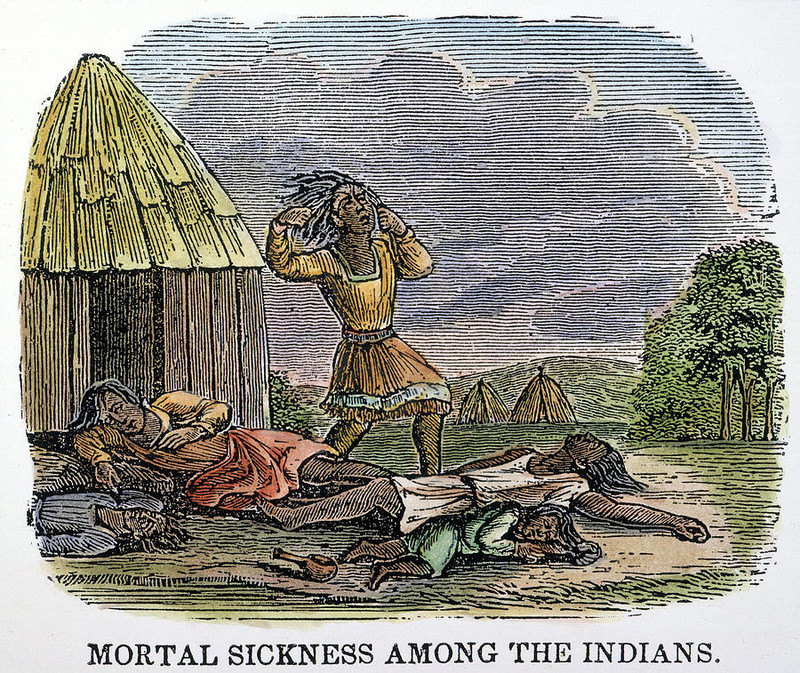 Before the European arrival, the Americas had been largely isolated from the Eurasian–African landmass. First large-scale contacts between Europeans and native people of the American continents brought overwhelming pandemics of measles and smallpox, as well as other Eurasian diseases. 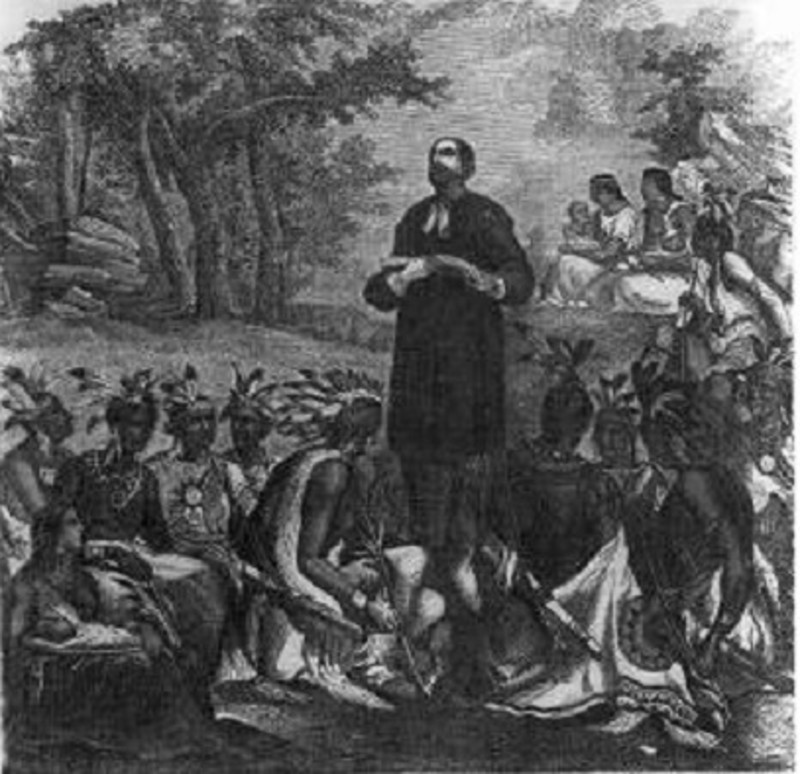 These diseases spread rapidly among native peoples, often ahead of actual contact with Europeans, and led to a drastic drop in population and the collapse of American cultures. Smallpox and other diseases invaded and crippled the Aztec and Inca civilisations in Central and South America in the 16th century. 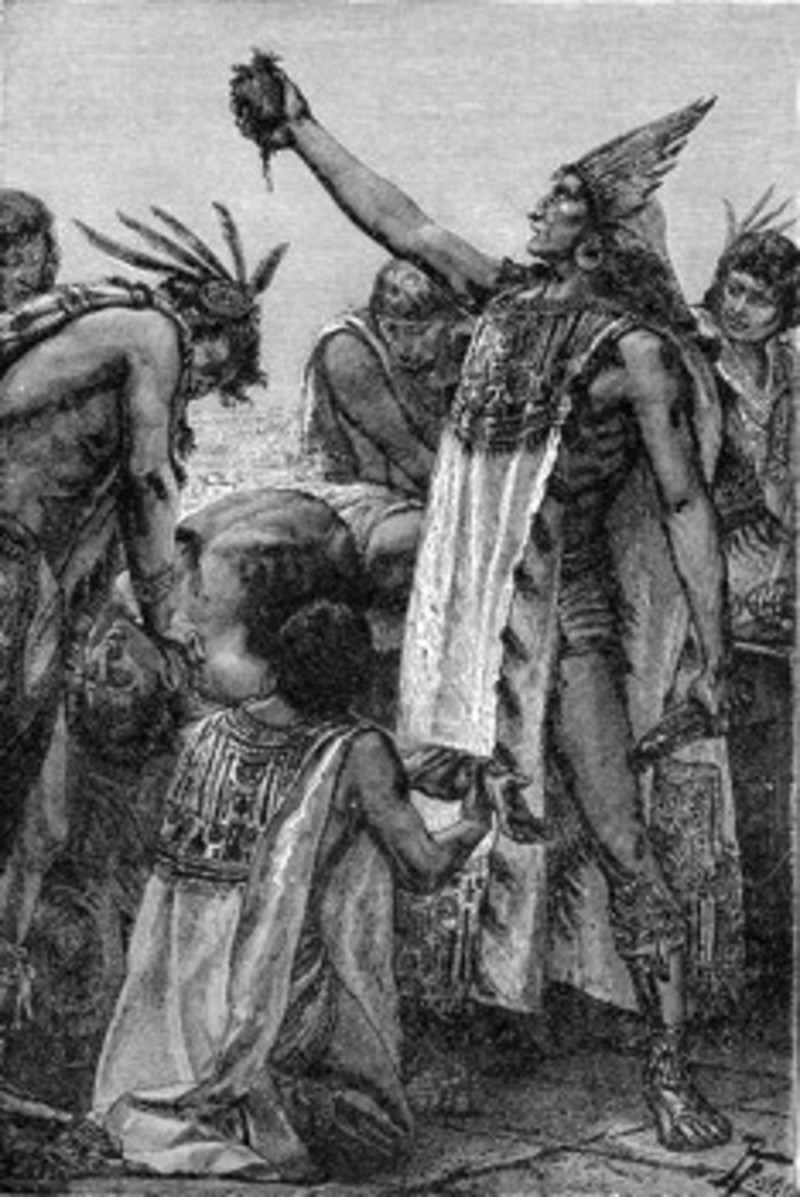 This disease, with loss of population and death of military and social leaders, contributed to the downfall of both American empires and the subjugation of American peoples to Europeans. Diseases, however, passed in both directions; syphilis was carried back from the Americas and swept through the European population, decimating large numbers. 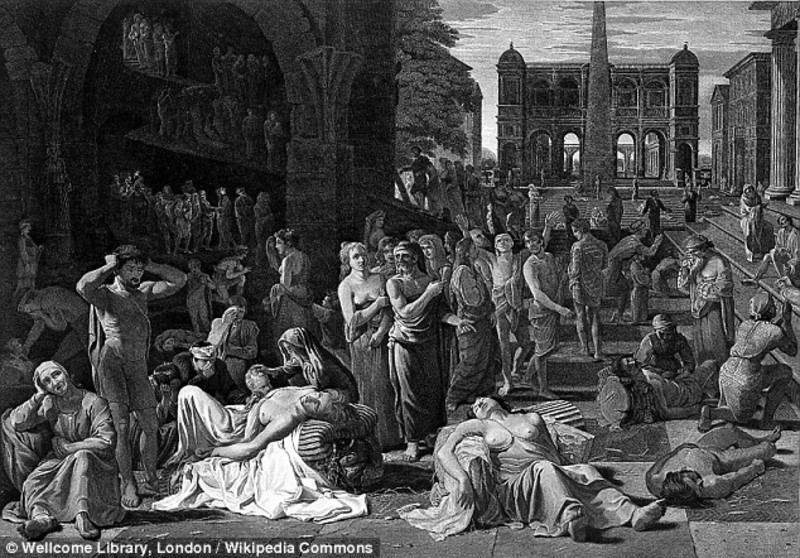 The Plague of Athens was a devastating epidemic which hit the city-state of Athens in ancient Greece during the second year of the Peloponnesian War (430 BC), when an Athenian victory still seemed within reach. It is believed to have entered Athens through Piraeus, the city’s port and sole source of food and supplies. 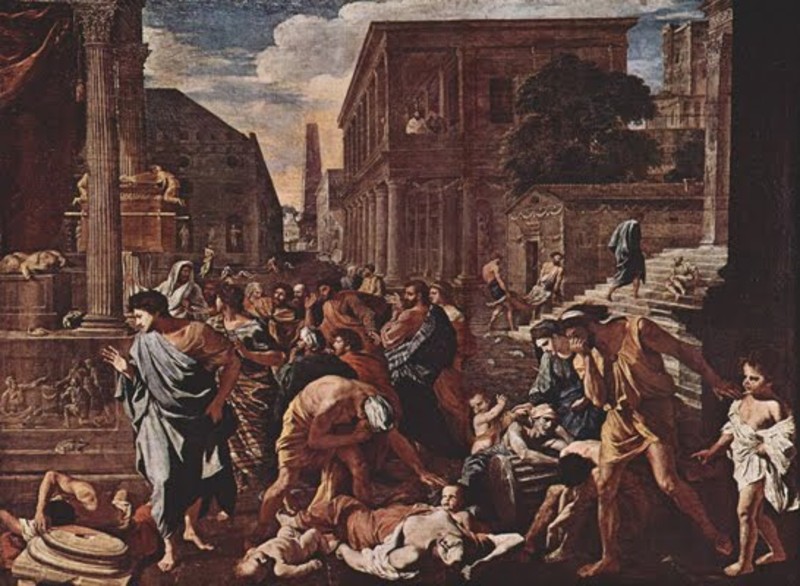 The city-state of Sparta, and much of the eastern Mediterranean, was also struck by the disease. The plague returned twice more, in 429 BC and in the winter of 427/6 BC. 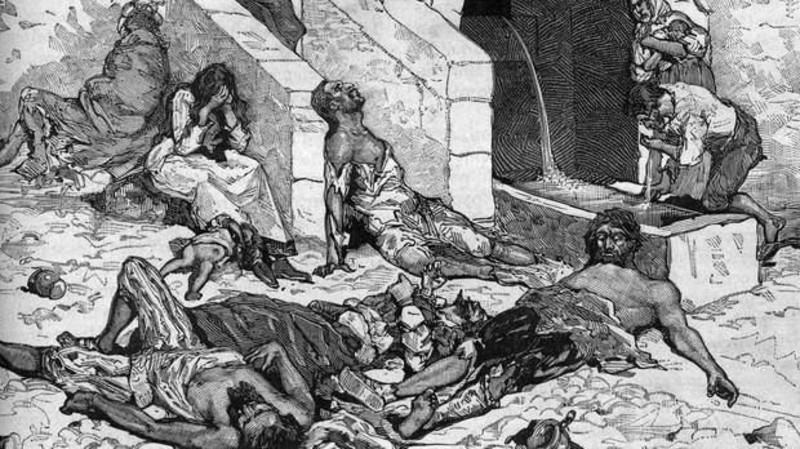 Modern historians disagree on whether the plague was a critical factor in the loss of the war. However, it is generally agreed that the loss of this war may have paved the way for the success of the Macedonians and, ultimately, the Romans. The disease has traditionally been considered an outbreak of the bubonic plague in its many forms, but re-considerations of the reported symptoms and epidemiology have led scholars to advance alternative explanations. These include typhus, smallpox, measles, and toxic shock syndrome. 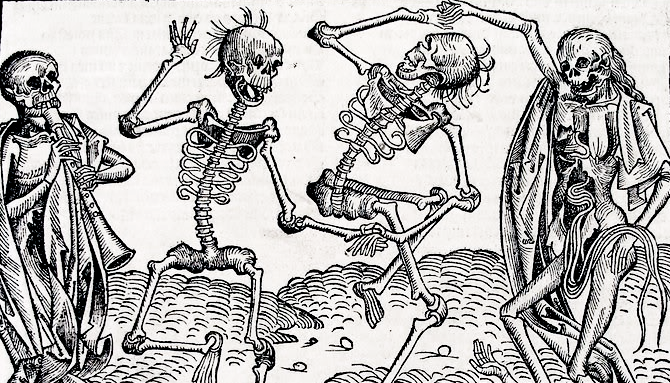 The Antonine Plague (also known as the Plague of Galen, who described it), was an ancient pandemic, of either smallpox or measles, brought back to the Roman Empire by troops returning from campaigns in the Near East. 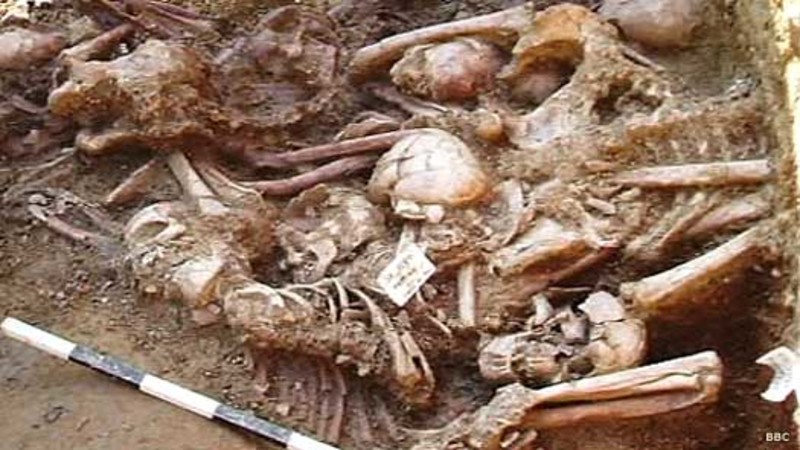 The epidemic claimed the lives of two Roman emperors — Lucius Verus, who died in 169, and his co-regent who ruled until 180, Marcus Aurelius Antoninus, whose family name, Antoninus, was given to the epidemic. The disease broke out again nine years later, according to the Roman historian Dio Cassius, and caused up to 2,000 deaths a day at Rome, one quarter of those infected. T 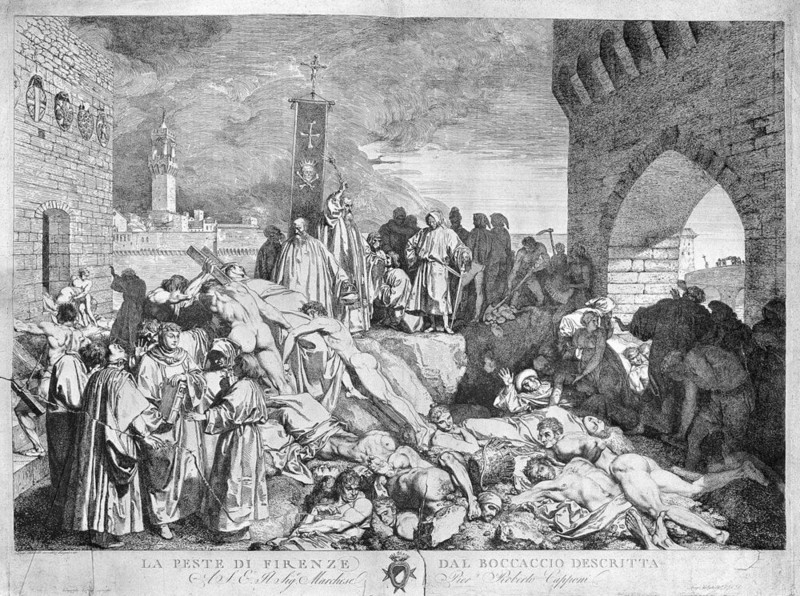 otal deaths have been estimated at five million. Disease killed as much as one-third of the population in some areas, and decimated the Roman army. The epidemic had drastic social and political effects throughout the Roman Empire, particularly in literature and art. Pictured above is a plague pit containing the remains of people who died in the Antonine Plague. 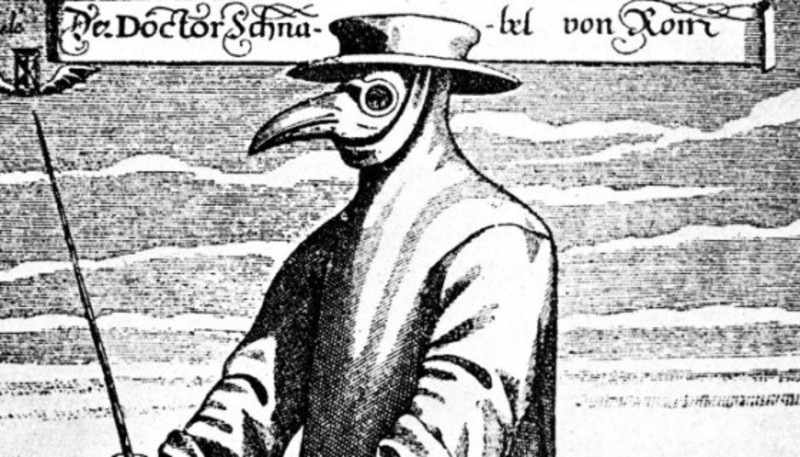 The Black Death, was one of the deadliest pandemics in human history. The origins of the plague has been a subject for debate as some historians believe the pandemic began in Central Asia between the late 1320's and 1330's. 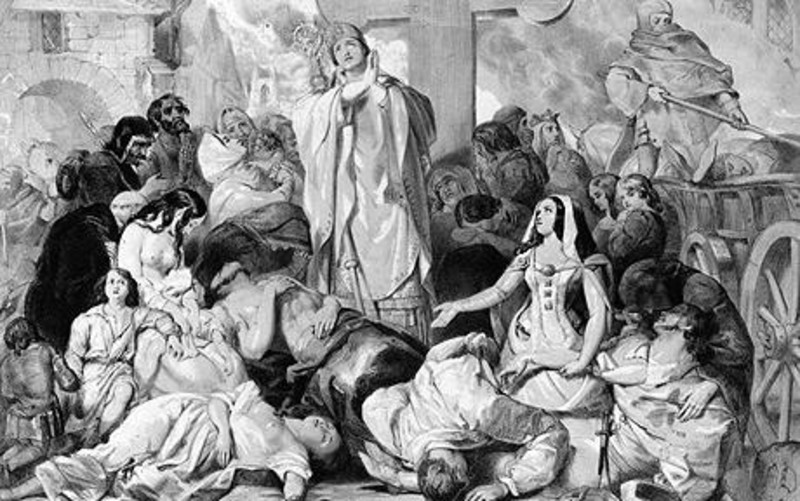 The total number of deaths worldwide is estimated at 75 million people, approximately 25–50 million of which occurred in Europe. 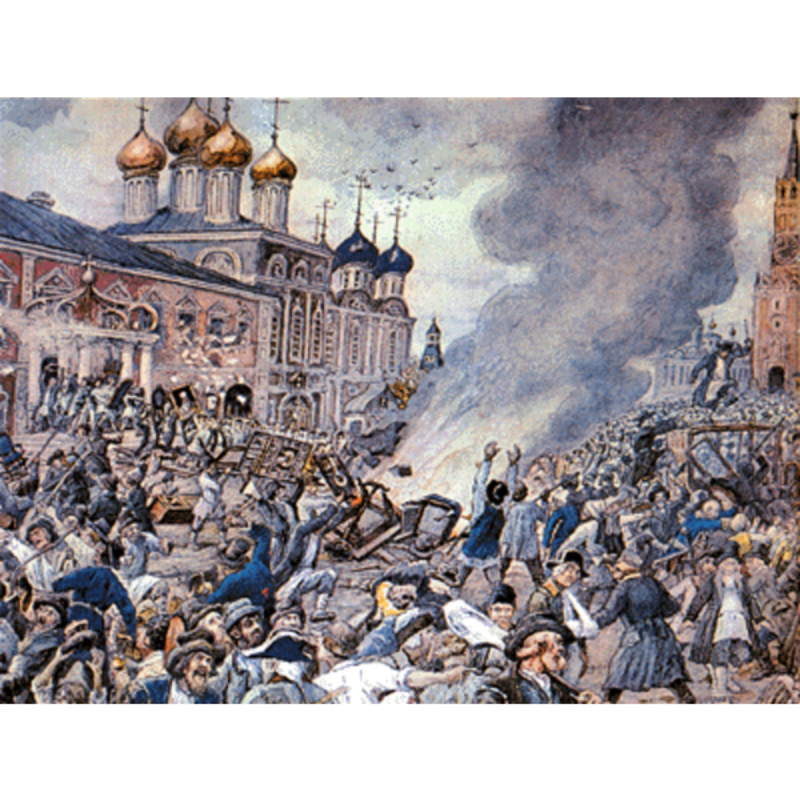 The first signs of plague in Moscow appeared during the late 1770s. Things didn’t kick off until the following spring in 1771 as these small signs would turn into a widespread epidemic. This would force the authorities to take drastic measures such as creating forced quarantines, closing down public baths as well as destroying contaminated property. 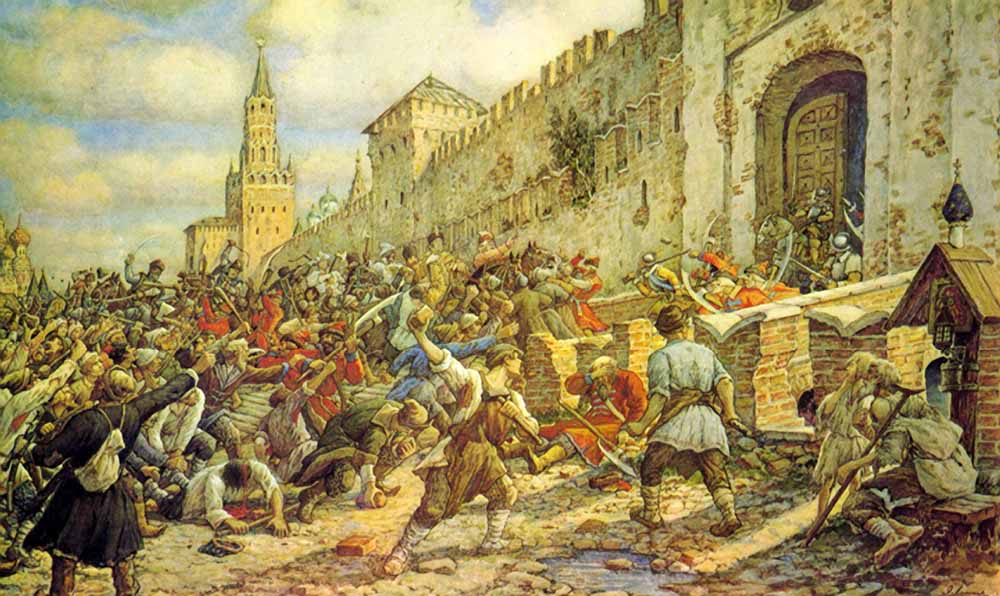 This caused fear and anger among the citizens. All of this was followed by acute food shortages, causing deterioration of living conditions for the majority of the Muscovites. Dvoryane and well-off city dwellers left Moscow due to the plague outbreak. 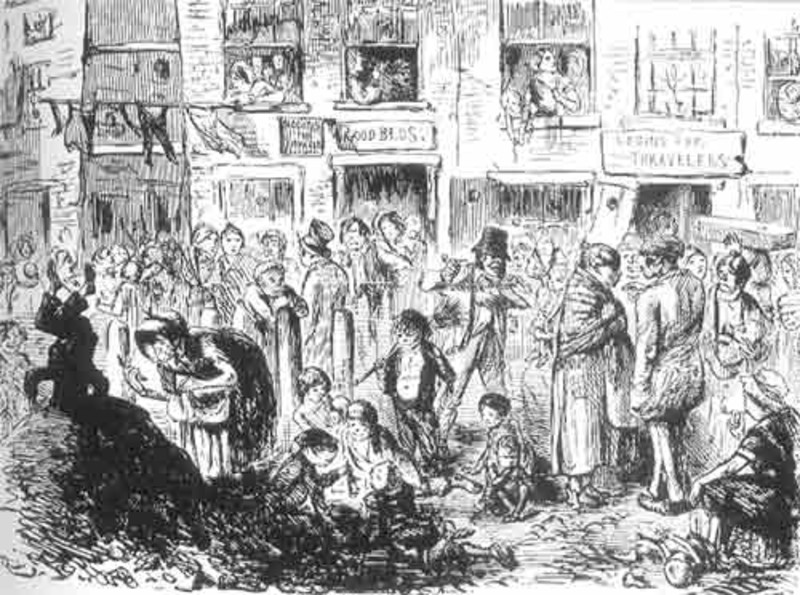 On the morning of September 17, 1771, around 1000 people gathered at the Spasskaya gates again, demanding the release of captured rebels and elimination of quarantines. The army managed to disperse the crowd yet again and finally suppressed the riot. 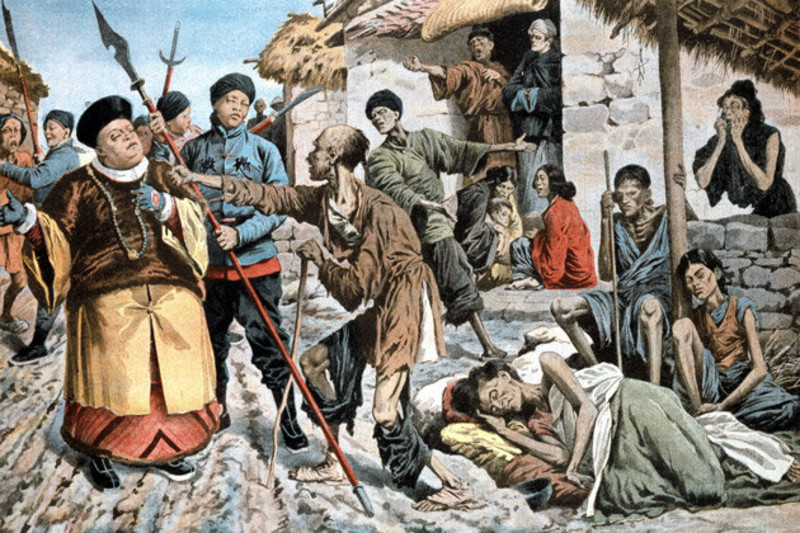 “The Third Pandemic” is the name given to a major plague pandemic that began in China in the 1850's. This bubonic plague outbreak had spread to all inhabited continents, and had a death toll of more than 12 million people in India and China alone. 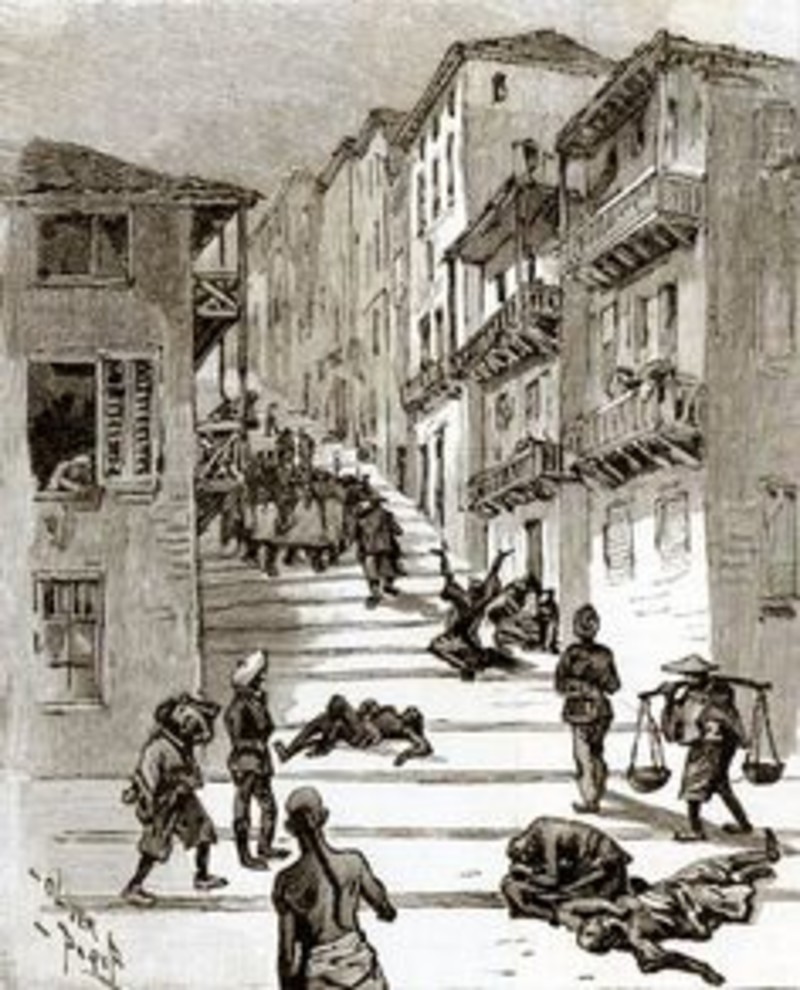 Reports have stated that the pandemic was considered active until 1959, when worldwide casualties dropped to 200 per year. 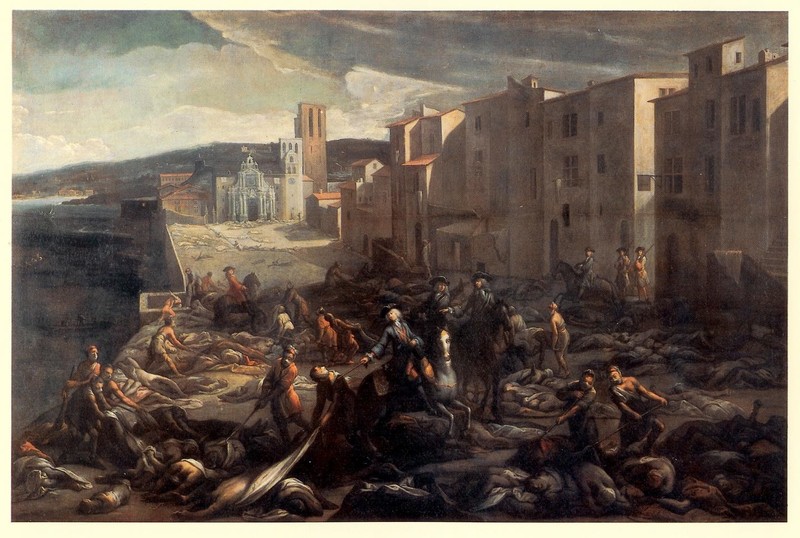 The Great Plague of Marseille was one of the most significant European outbreaks of bubonic plague in the early 18th century. Arriving in Marseille, France in 1720, the disease killed 100,000 people in the city and the surrounding provinces. 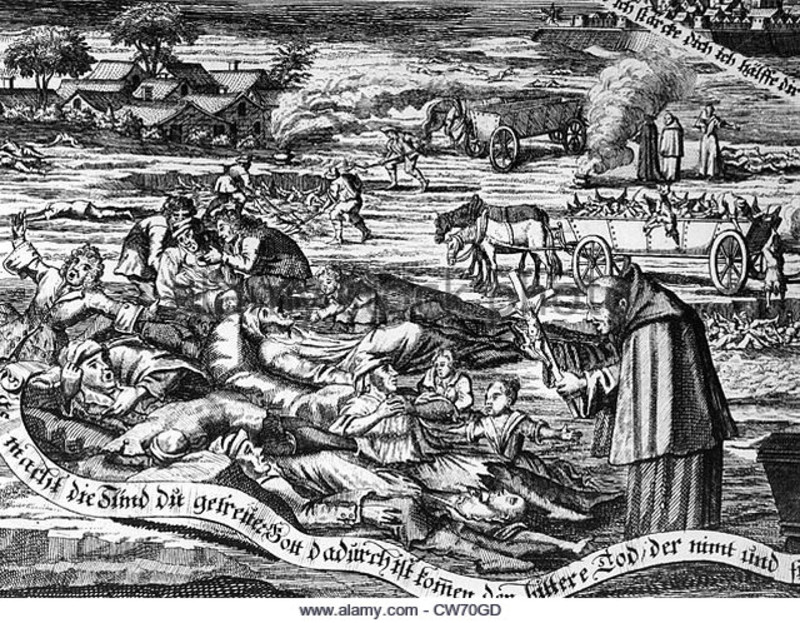 However, Marseille recovered quickly from the plague outbreak.By the mid 1760's, the growing population was back to how it was before the 1720's.

The Great Plague was a massive outbreak in England that’s death toll ranged from 75,000 to 100,000 people (Which is a fifth of London's population) during 1665 to 1666. The disease was historically identified as bubonic plague, an infection by the bacterium Yersinia pestis, transmitted through fleas. 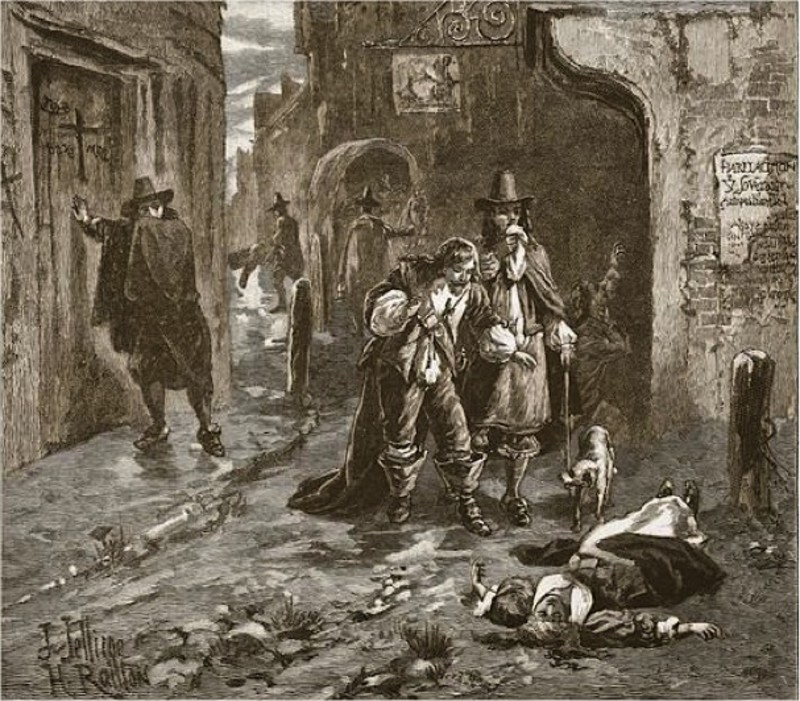 This epidemic was far smaller in comparison to the earlier “Black Death” pandemic, a virulent outbreak of disease in Europe between 1347 and 1353.Because this was the last widespread pandemic in England, This plague is known as “The Great Plague”/ Although the disease causing the epidemic has historically been identified as bubonic plague and its variants, no direct evidence of plague has ever been uncovered.