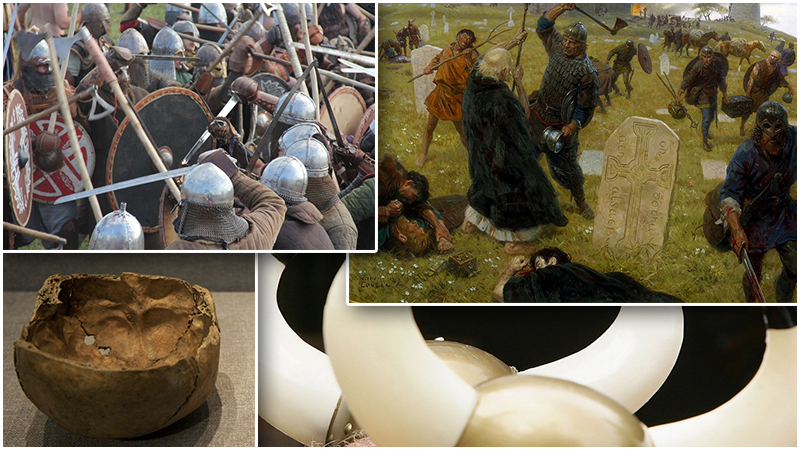 10 misconceptions about vikings. The first thing that i will tell you is that they were not giants as they have been mentioned in stories they where average hieght 5.7 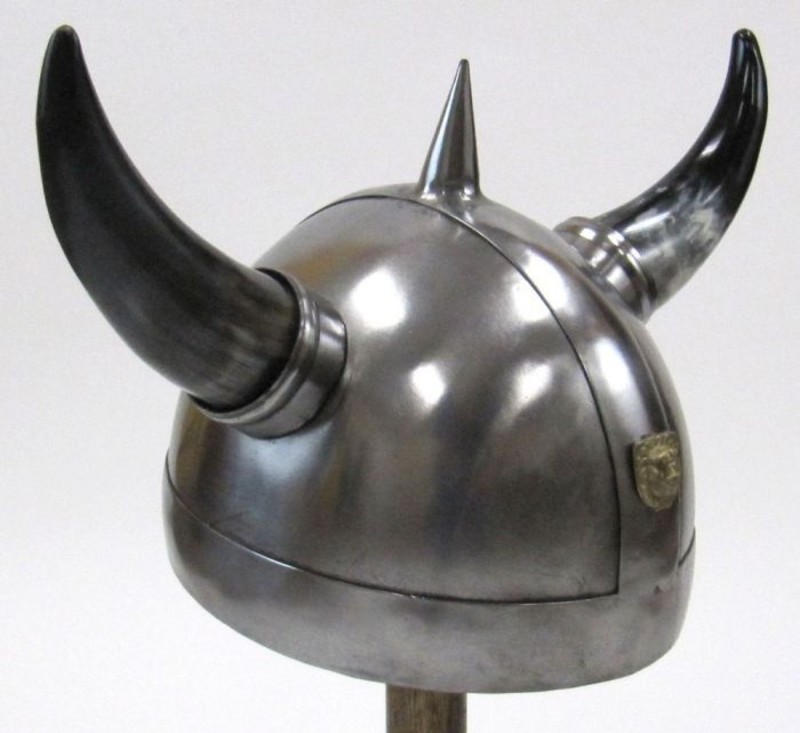 The misconception here being that Vikings wore helmets with horns. This most be the biggest misconception about Vikings, but the fact remains, there are no records of such helmets having ever existed. All depictions of Viking helmets dating to the Viking age, show helmets with no horns and the only authentic Viking helmet that has ever been found does not have them either. 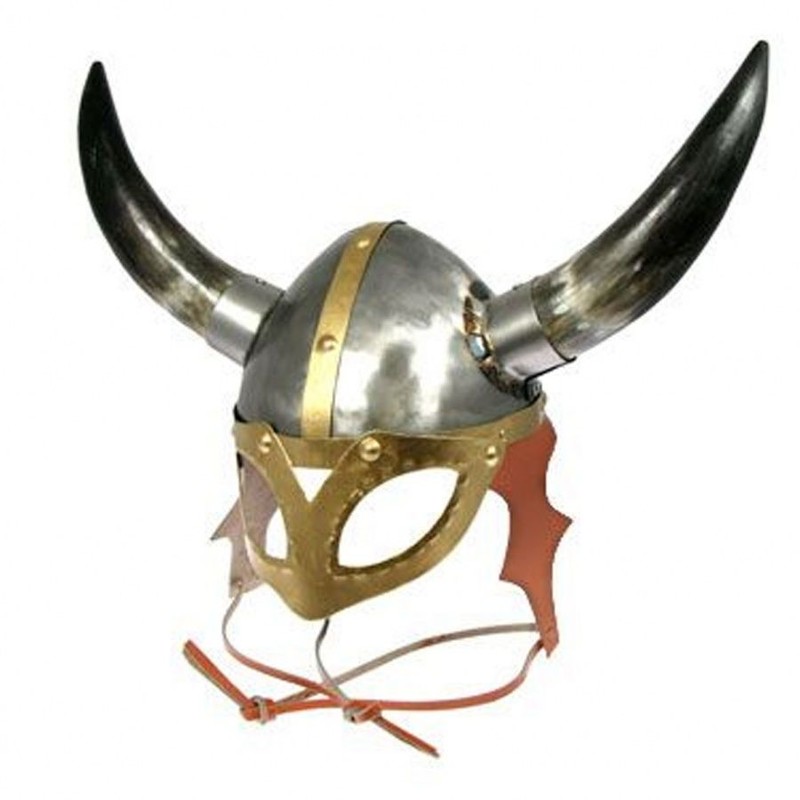 An explanation for the helmet with horns myth is that Christians in contemporary Europe added the detail to make the Vikings look even more barbarian and pagan, with horns like Satan’s on their head. It should be noted that the Norse god Thor wore a helmet with wings on it, which do look somewhat similar to horns. 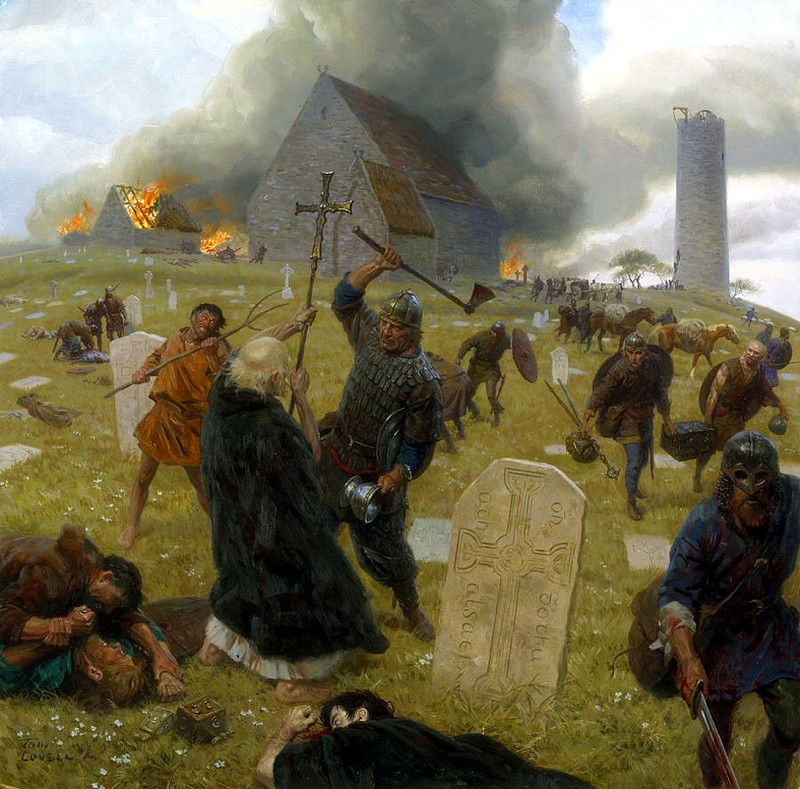 The misconception here being that Vikings pillaged as their only way of living. It was actually only a very small percentage of the Vikings that were warriors; the majority was farmers, craftsmen and traders. For the Vikings who took to the sea, pillaging were one among many other goals of their expeditions. 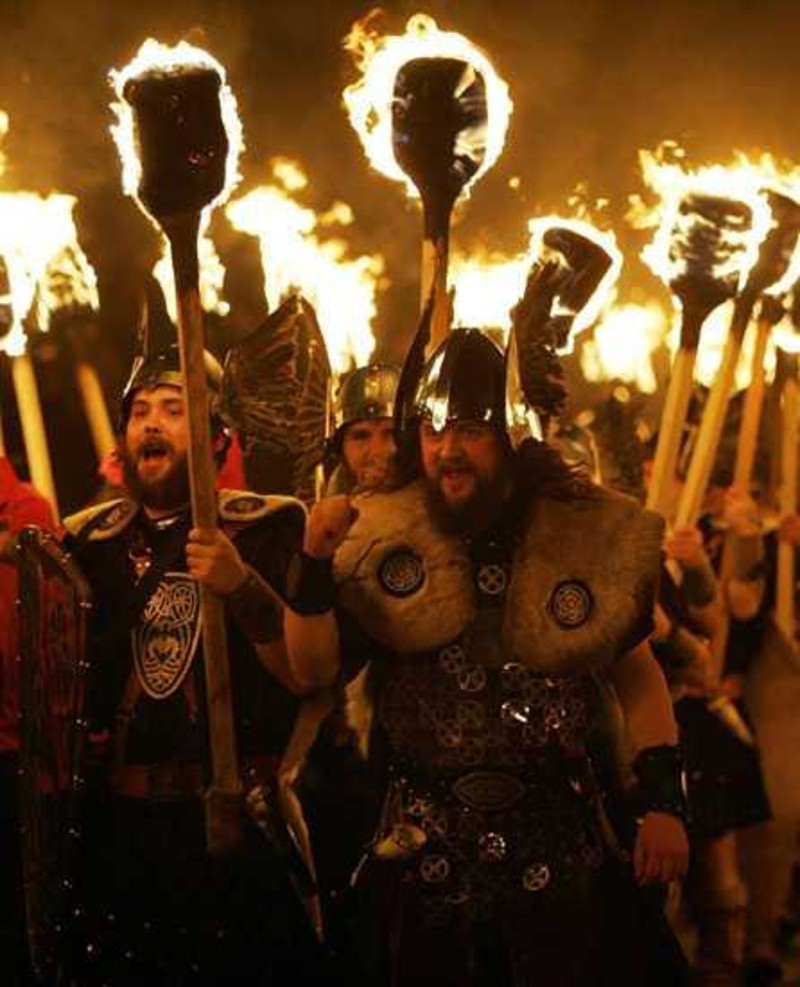 The Vikings settled peacefully in many places such as Iceland and Greenland, and were international merchants of their time; they peacefully traded with almost every county of the then-known world. 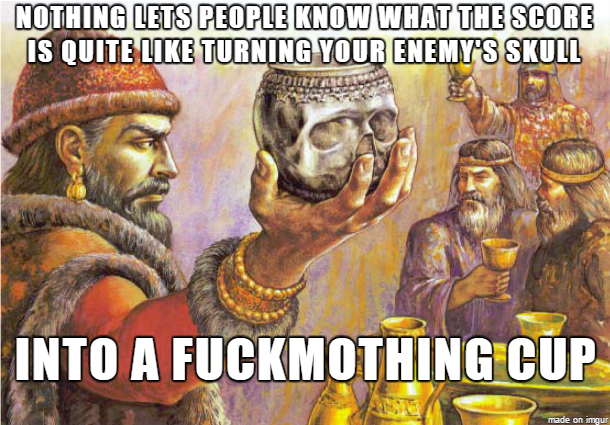 The misconception here being that Vikings drank from skull cups. Admittedly this is probably one of the funnier stereotypes. I mean everyone has made jokes about “Drinking the finest wine from the skull of their enemies” at some point to seem overly dramatic. The origin of this legend is Ole Worm’s “Reuner seu Danica literatura antiquissima” from 1636 in which he writes that Danish warriors drank from the “curved branches of skulls” – ie, horns (pictured above), which was probably mistranslated in Latin to mean human “skulls”. The fact is, however, no skull cups have ever been found in excavations from the Viking Age. 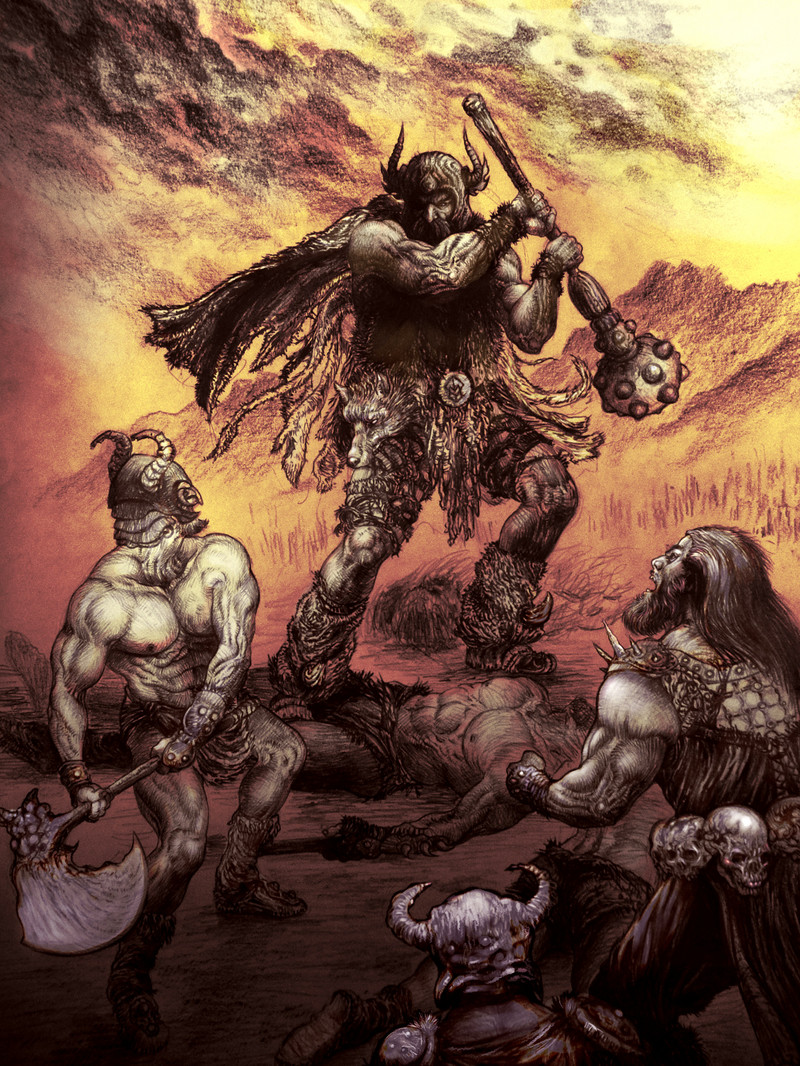 The misconception here being that Vikings were unusually bloodthirsty and barbarian. The Viking raids were indeed very violent, but it was a violent age, and the question is whether non-viking armies were any less bloodthirsty and barbarian; for instance, Charlemagne, who was the Vikings’ contemporary, virtually exterminated the whole people of Avars. At Verden, he ordered the beheading of 4,500 Saxons. 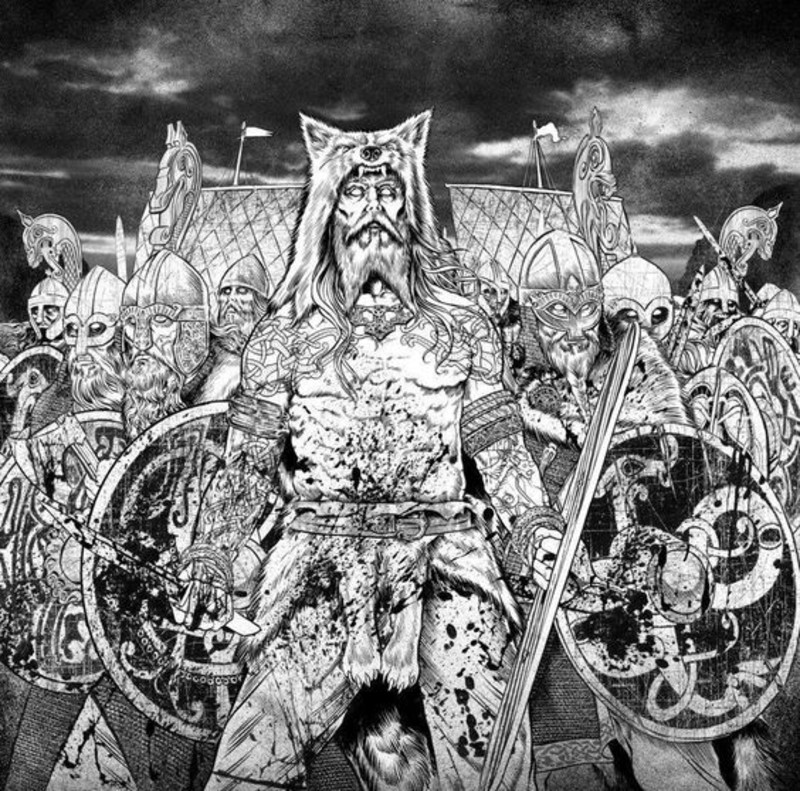 What really made the Vikings different was the fact that they seemed to take special care to destroy items of religious value (Christian monasteries and holy sites) and kill churchmen, which earned them quite a bit of hatred in a highly religious time. The Vikings probably enjoyed the reputation they had; people were so scared of them that they often fled from their cities instead of defending them when they saw a Viking ship coming near.

Hated by their Peers 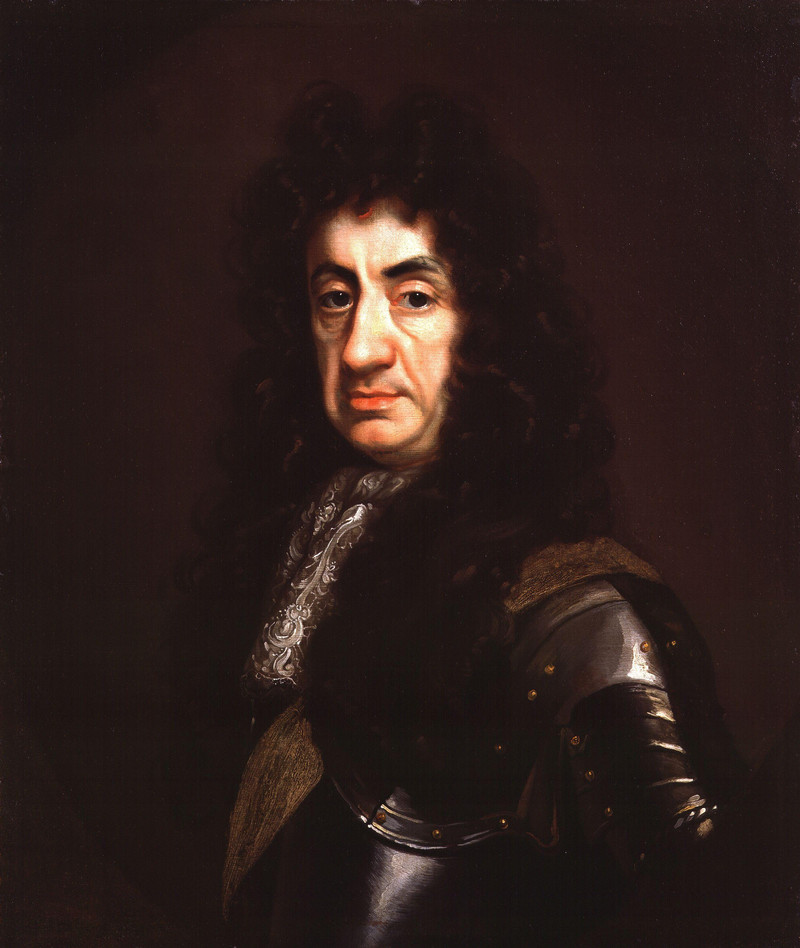 The French King Charles the III gave the Vikings the land they had already settled on in France (Normandy), and he even gave his daughter to the Viking chief Rollo. In return, the Vikings protected France against wilder Vikings. Also in Constantinople the Vikings were acknowledged for their strength – so much so that the Varangian guard of the Byzantine emperors in the 11th century was made up entirely of Swedish Vikings. 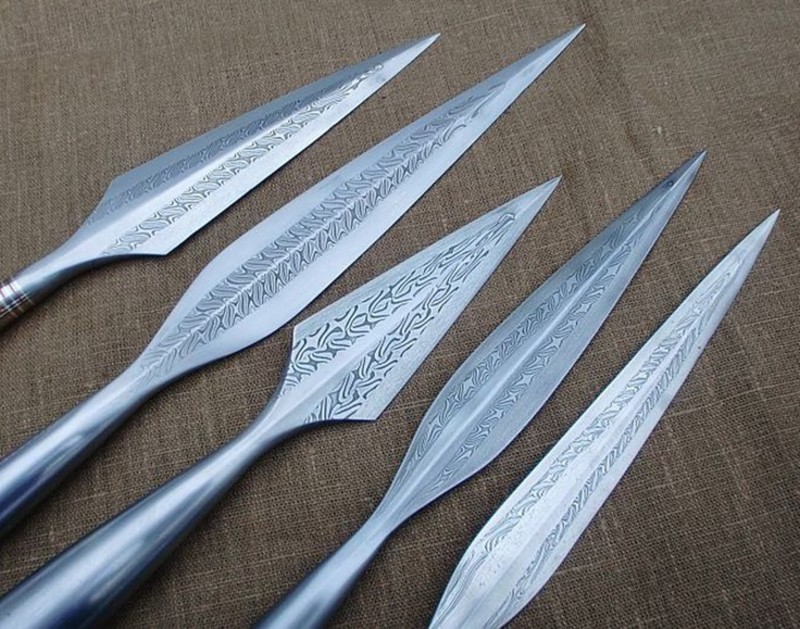 Using a method called pattern welding, the Vikings could make swords that were both extremely sharp and flexible. According to Viking Sagas, one method of testing these weapons was to place the sword hilt first in a cold stream, and float a hair down to it. If it cut the hair, it was considered a good sword. The misconception here being that The Vikings lived only in Scandinavia. The Vikings did originate from the Scandinavian countries, but over time they started settlements in many places,

reaching as far as North Africa, Russia, Constantinople, and even North America. There are different theories about the motives driving the Viking expansion, the most common of which is that the Scandinavian population had outgrown the agricultural potential of their homeland. Another theory is that the old trade routes of western Europe and Eurasia experienced a decline in profitability when the Roman Empire fell in the 5th century, forcing the Vikings to open new trading routes in order to profit from international trade. In fact, combs, tweezers, razors and “ear spoons” are among some of the most frequent artifacts from Viking Age excavations. These same excavations have also shown that the Vikings made soap. In England, the Vikings living there even had a reputation for excessive cleanliness because of their custom of bathing once a week (on Saturday). To this day, Saturday is referred to as laugardagur / laurdag / lørdag / lördag, or “washing day” in the Scandinavian languages, though the original meaning is lost in modern speech in most cases. However, “laug” does still mean “bath” or “pool” in Icelandic.

Misconception: The Vikings were a nation

The Vikings were not one nation but different groups of warriors, explorers and merchants led by a chieftain. During the Viking age, Scandinavia was not separated into Denmark, Norway and Sweden as it is today, instead each chieftain ruled over a small area. The word Viking does not refer to any location, but is the Old Norse word for a person participating in an expedition to sea. The misconception here being that Vikings were all big and blond. The Vikings are often shown as big, bulging guys with long blond hair, but historical records show that the average Viking man was about 170 cm (5’7”) tall which was not especially tall for the time. Blond hair was seen as ideal in the Viking culture, and many Nordic men bleached their hair with a special soap. But the Vikings were great at absorbing people, and many people who had been kidnapped as slaves, became part of the Viking population in time. So, in Viking groups, you would probably find Italians, Spaniards, Portuguese, French, and Russians — a very diverse group built around a core of Vikings from a particular region, say, southern Denmark or an Oslo fjord.