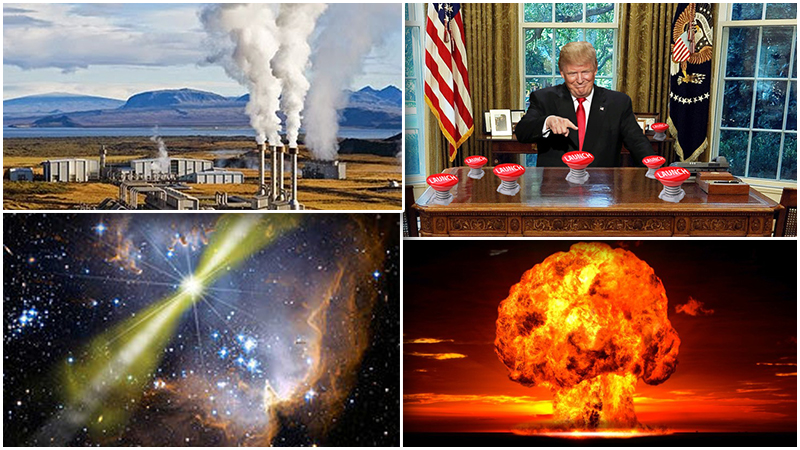 10 Legitimate Ways The World Could End

10 Legitimate ways the world could end, After reading this list, believe me your really going to start thinking my god we could go in a blink an eye. (Scary Stuff)

So the year 2012 was a bit of a fail to say the least. The world was expecting impending doom as the Mayan calendar was drawing to a close, thus signifying the end of civilisation. Well clearly that wasn’t the case as 4 years on, the human race is still alive and well…..Well barely. 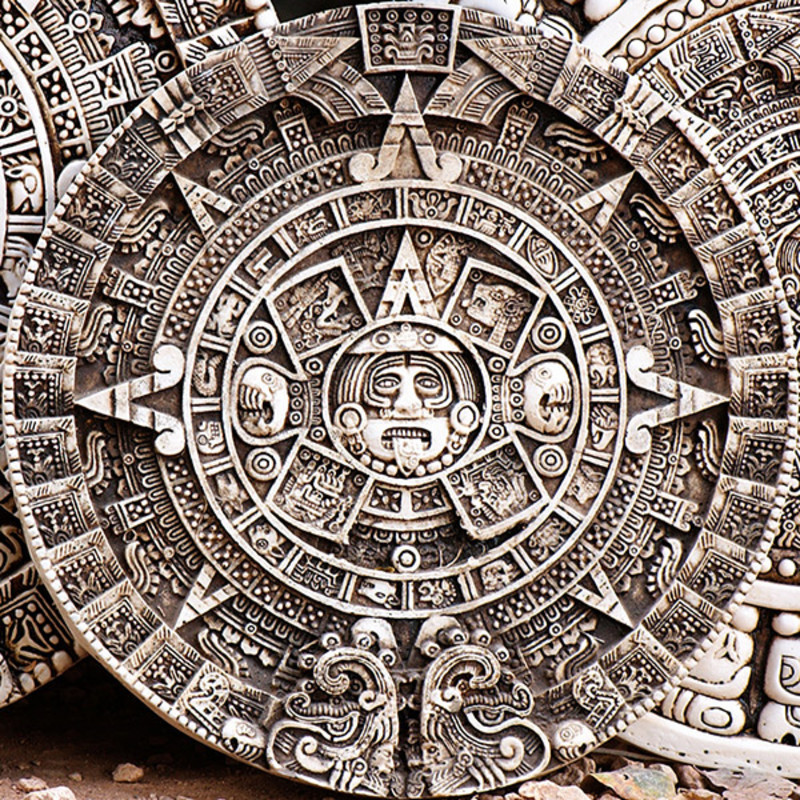 2016 is pretty much 1 step away from the end of humanity given the events of the year as a whole. However we do have to face the fact that the world is eventually going to end. Whether it’s because of climate change, an asteroid impacting the earth itself or the sun just dying out, One day, we’ll be screwed. Until then however, Here’s 10 realistic theories in which the world could potentially end. 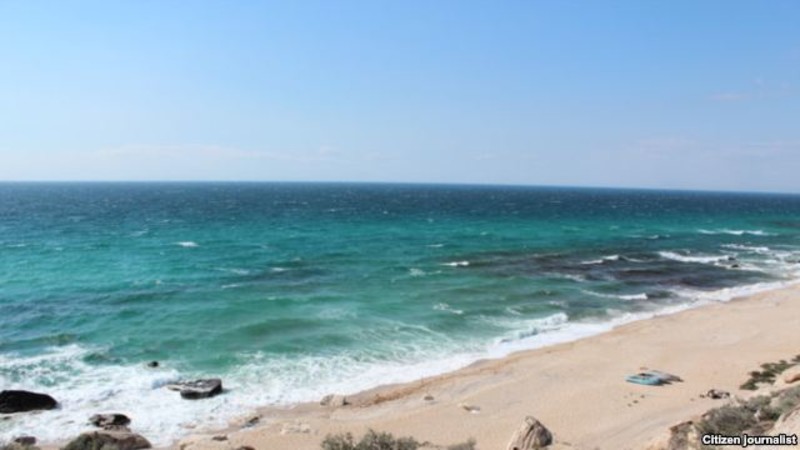 Basically, if the sea levels drop drastically (whether it be through Global Cooling – more on that soon – or sinking of the mid-ocean ridges), it could reduce the area around the Continental Shelf (the most productive part of the oceans) causing a “marine mass extinction” meaning all the little fishies, sharks, whales and almost all the life in the big blue dies. If that’s not bad enough weather patterns can change drastically leading to mass extinctions on land (That means us!). 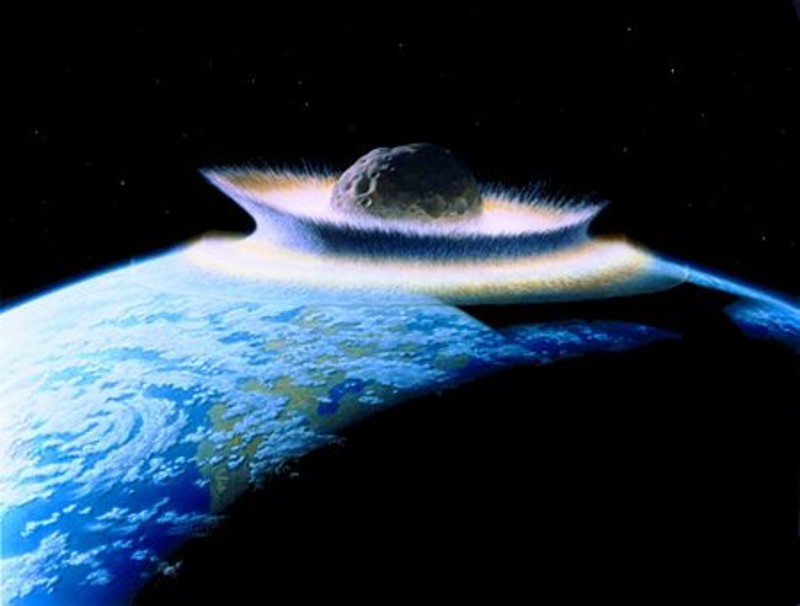 Hey is that a big space rock heading for us? Yes it is and it’s also the next nugget on the list. An Impact event caused the massive K/T extinction. Basically the big rock hits us sending “dust and particulate aerosols” which is geek speak for a lot of nasty shit up into the atmosphere. This blocks out the light from the sun which causes not only plants to die but also lowers the temperature. It gets worse, if the pesky rock hits rocks rich in Sulfur not only do we get darkness at noon but a wash of acid rain too! And did I mention the mega-tsunamis and global forest fires? 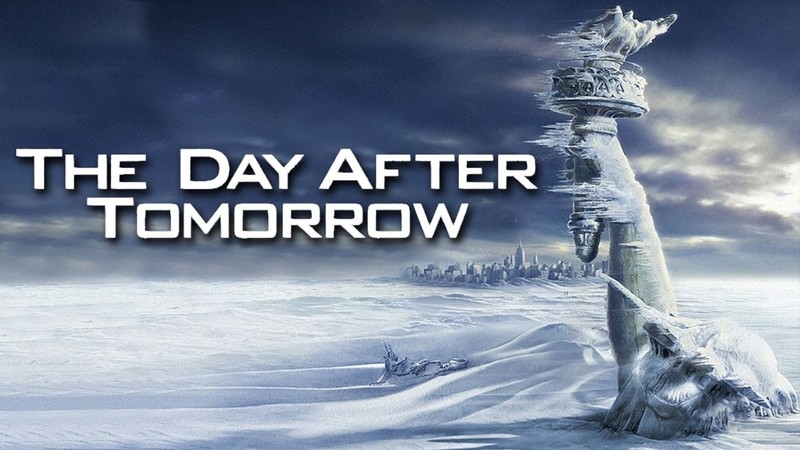 So have any of you guys seen that film “The Day after Tomorrow”? Yeah okay it did kind of suck and if there are people who like that film, more power to you. We’re not here to do a review of it however as it is a perfect example for explaining Global Cooling. For some reason the earth gets too cold too fast causing death for many polar and temperate region animals. 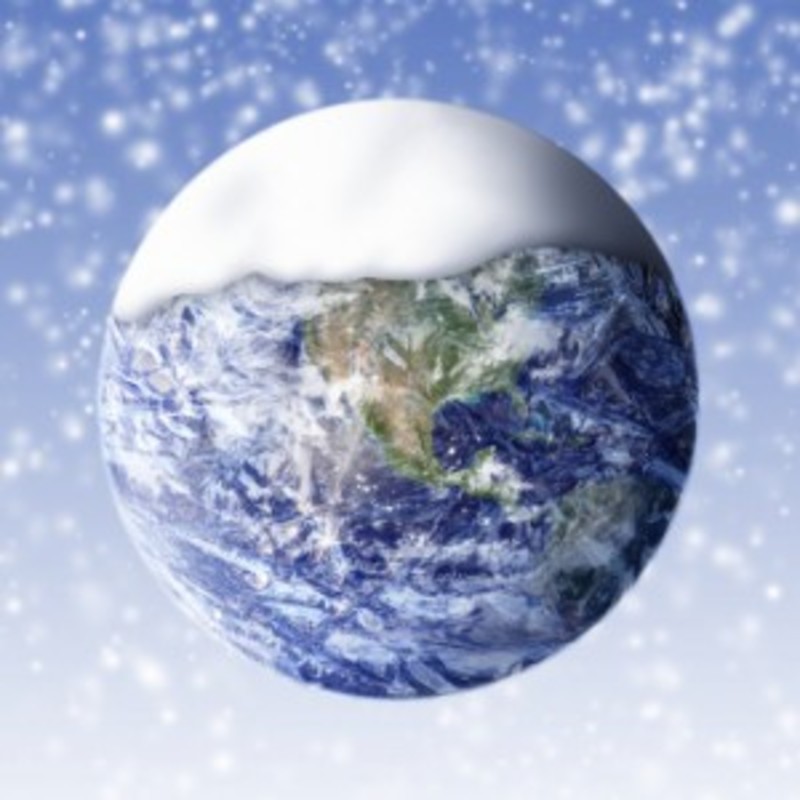 This in turn would cause a mass migration to the equator, and make more of the earth a desert. Also good luck finding water as most of it is now ice and snow. Now that being said, It is possible that in the event of this happening, Humanity does have a small chance of survival, so breathe easy. 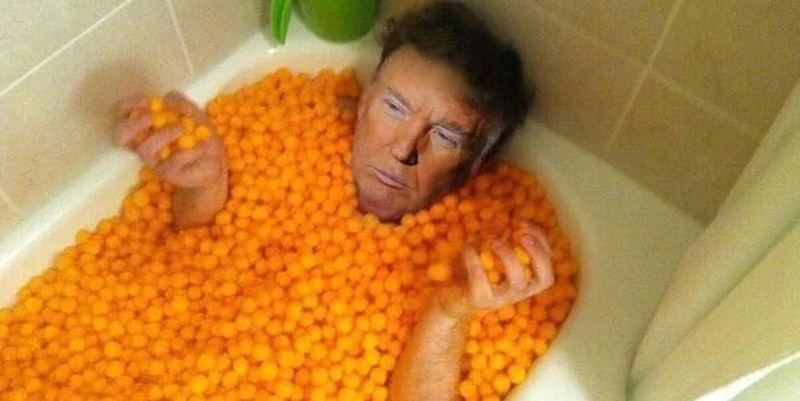 Hey Trump! This is serious! Stop saying Global Warming was something invented by the chinese to stop production factories in the U.S. If there is time to make changes, The time is now because right now, Global Warming has taken a massive toll to the world's environments. There it is, basically the other side to Global Cooling. This time Temperate species will be in danger and other animals are forced to the poles. Melting snow and ice will make the ocean deeper and possibly cause Anoxic events. 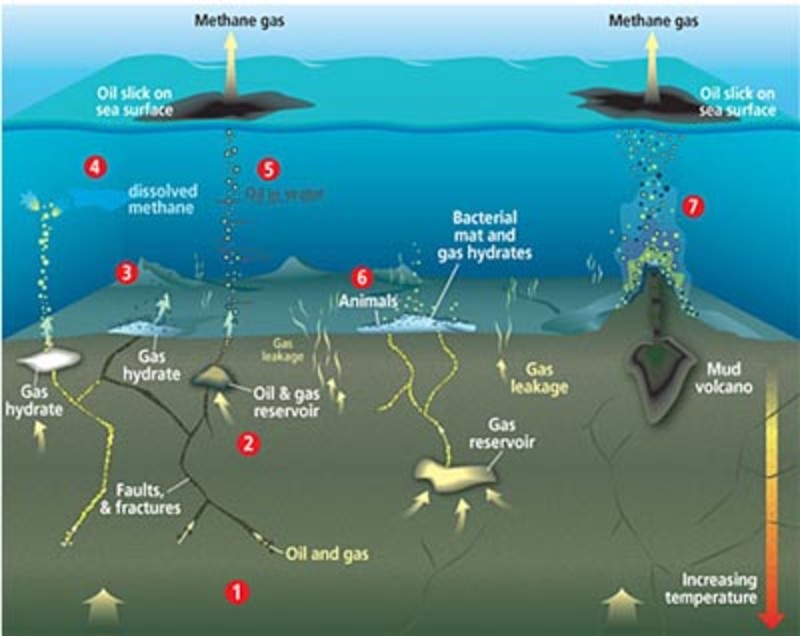 Simply put, there are these things called Clathrates forming on the Continental Shelf. Think of a “pig in a blanket” meaning a tiny sausage wrapped in a covering of bread. But instead of a delicious snack-food the clathrate is water covered methane. 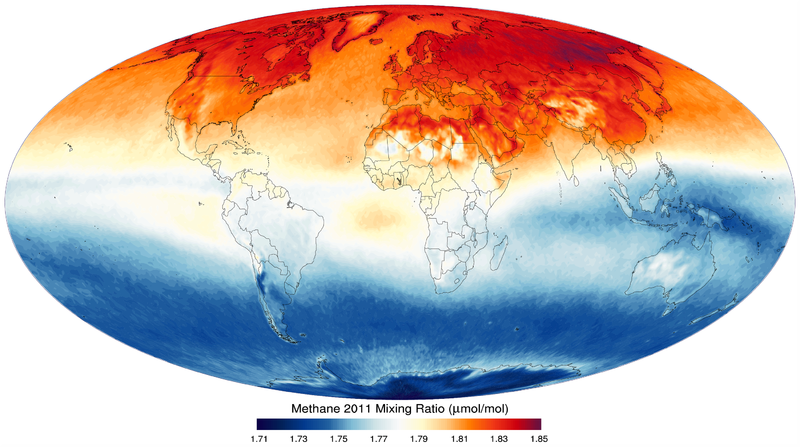 If these methane snacks break apart this would release the gas into the atmosphere causing accelerated Global Warming.

Oceanic anoxic events occur when the Earth’s oceans become completely depleted of oxygen below the surface levels. Although anoxic events have not happened for millions of years, the geological record shows that they have happened many times in the past.

Anoxic events may have caused mass extinctions. The black lines in the image above are from the aptian anoxic event. This might have happened during the Permian-Triassic extinction event, in which a warming trend upset the balance between Plankton and bacteria that reduce Sulphate. Imagine that massive emissions of hydrogen sulphide “aka Rotten egg and fart stink”, 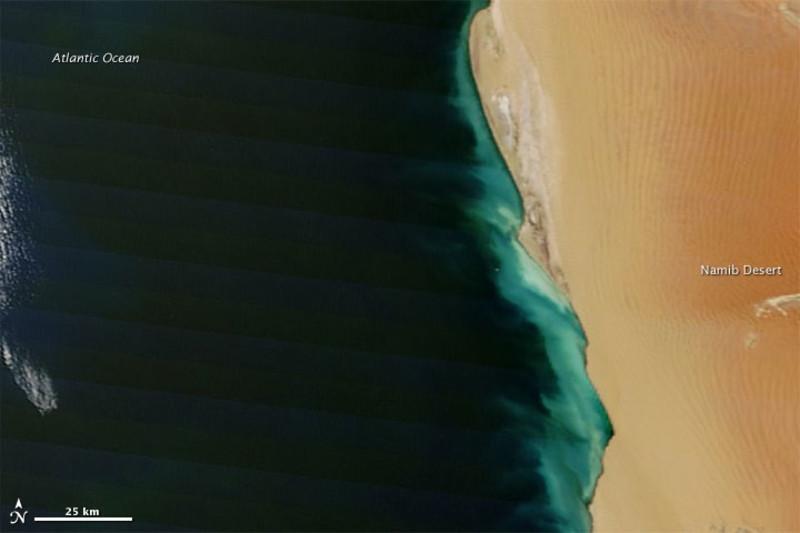 suddenly rise from the ocean poisoning anything and everything on land and sea. And if that wasn’t enough it weakens the Ozone Layer exposing what’s left to UV radiation. The ocean is made of water (obviously) but more importantly it’s salt water. But it’s more salty up top than down below. Now you’re probably asking “Why does this pointless and obvious information even matter?” Well there’s this thing called an Oceanic Overturn.

Now “What’s That?” you’re probably asking right now. Oceanic Overturn is basically the deeper water replacing the water up top. “So what right?” Wrong! Remember Anoxic Events? The water down there has less oxygen meaning that the critters on the surface and middle depths are as good as dead. Okay now this one admittedly is the coolest sounding one (Although probably the most scary. If Hollywood hasn’t made a film with this as a sub-plot, Can someone get on that?) 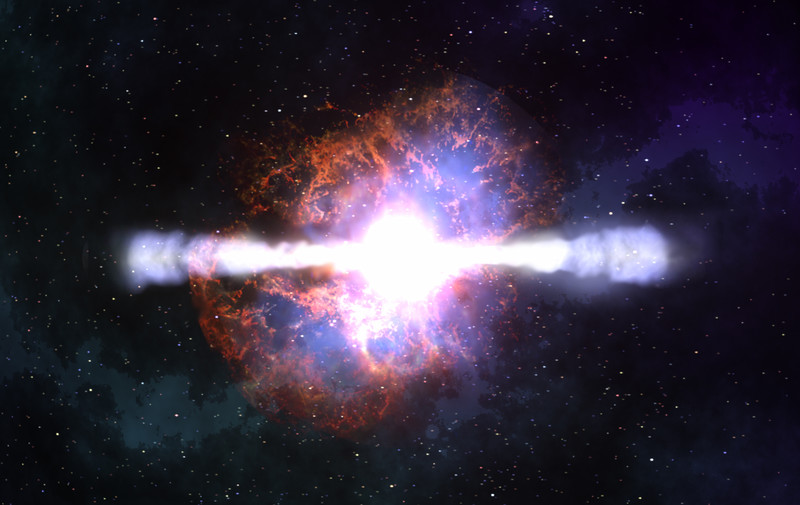 Now just imagine this as a scenario. It’s a normal night. You’re stargazing with your partner, when suddenly a flash lights up the night sky, rather close by “galactically” speaking. A star has exploded. Before you can say “oh shit!” you and everyone on Earth is dead. I mean….if it was to be the sub-plot of the film, the ending would kind of be disappointing but still. That was a Gamma Ray Burst that just slammed into you, but instead of mutating into a rampaging green behemoth, you die instantly. You see that Gamma basically killed every cell in your body. But if it was weak only the half of the planet facing it died instantly. For the other half the Ozone was ripped away exposing Earth to UV radiation, dead anyway! Let’s be honest, Humanity can’t be trusted. I mean for god sake, Every country has nuclear missiles stashed somewhere on the planet. We can’t trust one another and we certainly can’t trust ourselves. That could potentially be the catalyst for our demise. Man has become so powerful that nature can virtually do him no harm. But unfortunately he has developed his own methods for self-extinction. The most obvious is nuclear war. We have enough nukes on the planet to destroy all life – something which has seemed imminent in the past (think Cuban missile crisis). We can but hope that one day we become peaceful enough to not use these weapons on a global scale. Also let’s not forget that it’s our own fault that Global Warming is something we’ve not only caused and have continued to quote unquote “support” over our time here on earth, but from how it looks now, it looks like we won’t be stopping global warming any time soon. So there’s also that to take into account when mentioning how us humans could cause the end of our world.