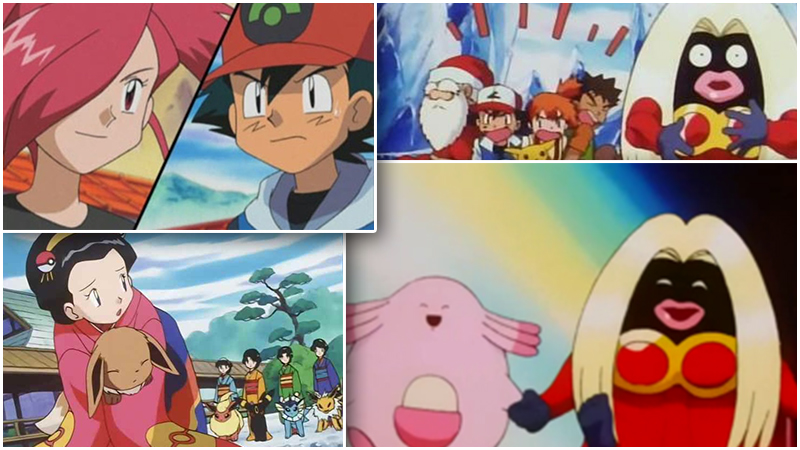 Many of our childhoods revolved around these little critters, trading, battling, watching the anime. But some episodes never made it to air across the world. Here are 24 banned pokemon episodes. 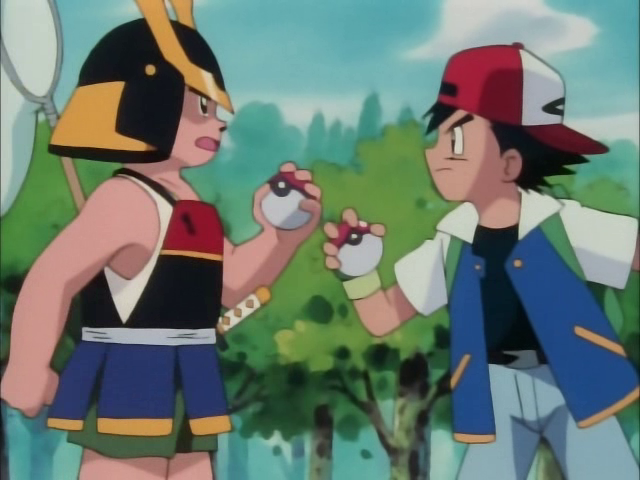 Episode 4 of the original series, Challenge of the Samurai, was banned in South Korea. This is due to the episode featuring a Samurai which led to a cultural problem in the country. This left a continuity error as it was the episode where Metapod evolved.

Too Rude For Kids 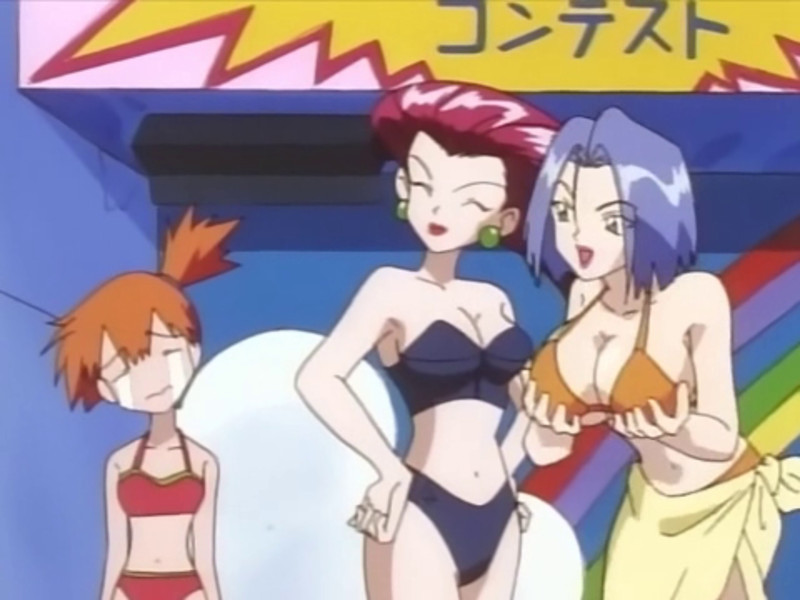 Episode 18 of the original series, Beauty and the Beach, was originally banned for the English dub. However in the year 2000, it was finally dubbed and aired twice before disappearing again. The perfectly valid reason for banning this episode was because James of Team Rocket wore an inflatable body suit to give him large breasts in order to try and win a beauty contest in the episode. Although this scene was removed for the English dub, an old man stares at Misty later on in the episode and claims that he’ll be having fun with her later. 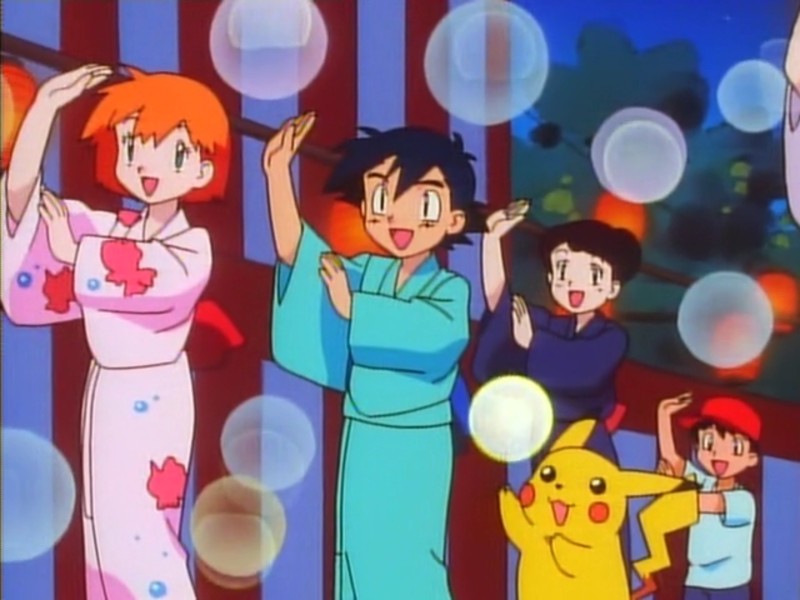 Episode 20 of the original series, the Ghost of Maiden’s Peak, was another episode banned in South Korea due to an excessive amount of Japanese cultural events which went against an anti-Japanese sentiment in Korea. The sentiment was put in place after two separate events in history, the first being the effects of a Japanese pirate raid on Korea in the 16th century and then followed by 1592-1598 invasions of Korea with a small truce in between in 1596.

Starting To See A Theme Here 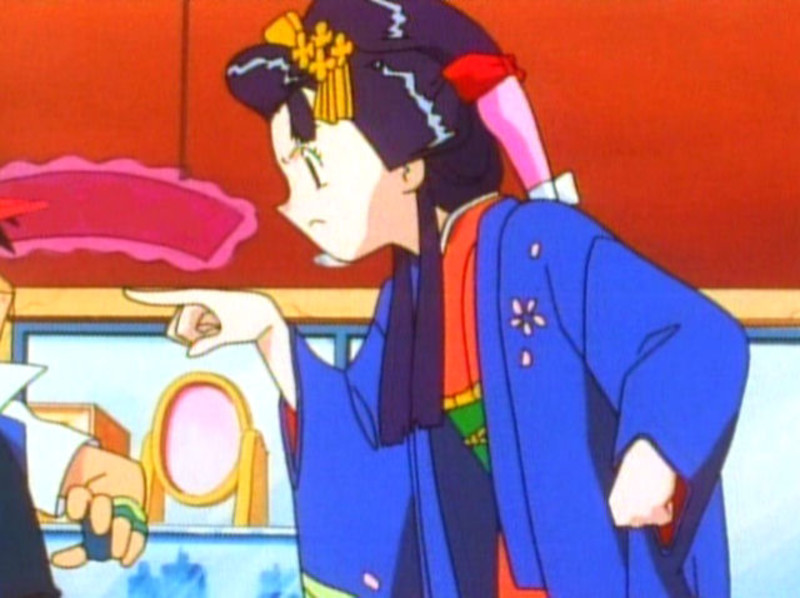 In episode 26 of the original series, Pokemon Scent-sation, a character called Erika, the gym leader of the episode, wore traditional Japanese clothing in her perfume shop at the start of the episode which led to the episode also being banned in South Korea due to the same reason as the Ghost of Maiden’s Peak being banned. This created a continuity error as Ash received his fifth badge in this episode. Episode 32 of the original series, the Ninja-Poké Showdown, was also banned in South Korea, again due to the heavy amounts of Japanese culture shown in this episode for the same reasons as before. These cultures included ninjas and kabuki. Another continuity error was formed here as this was when Ash received his sixth badge. 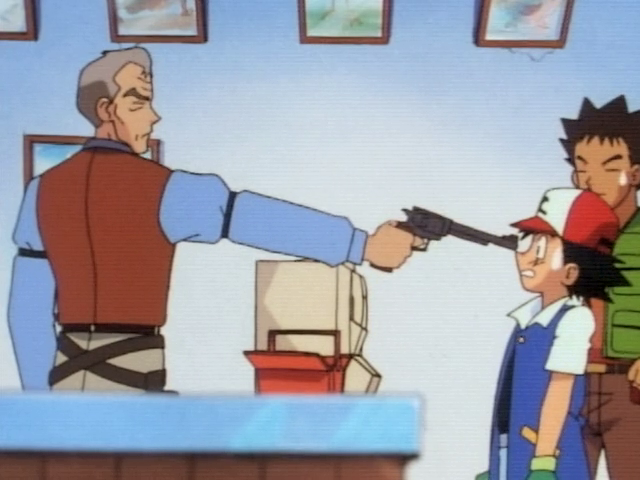 Episode 35 of the original series, the Legend of Dratini, was banned in the English dub also for its use of handguns. The character who is in charge of the Safari Zone points a gun at Ash’s head upon arrival and later in the episode even fires a gun at Team Rocket. Banning this episode left continuity errors in the English dub as this is the only episode set in the Safari Zone when it had been mentioned in the two previous episodes and also the episode where Ash catches 30 Tauros to be sent to the professor which appear in later episodes. Episode 38 of the original series, Electric Soldier Porygon, was the first ever banned episode worldwide. The episode aired once in Japan but was never aired again there or in any other countries and sent Pokemon at the time into a four month hiatus. The reason for this was because there was a scene in the episode where there was flashing of bright red and bright blue constantly for about four seconds which sent over 700 Japanese children into hospitals for epileptic seizures. Some who didn’t have seizures suffered from vomiting, irritated eyes and other related symptoms. The Pokemon animation team then went back through all episodes up to that point and dimmed the lighting in the episodes to make extra sure nothing like this happened again. Porygon, the Pokemon of the episode, and his evolutions, Porygon2 and Porygon Z have never been seen in Pokemon since other than brief cameos. 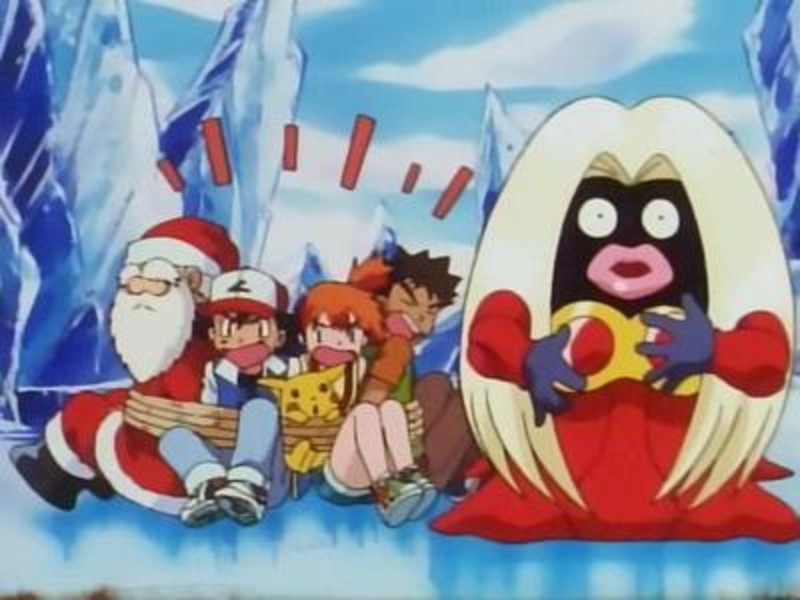 What was originally intended to be episode 39 of the original series but later rescheduled because of the incident with the previous episode, Holiday Hi-Jynx was a Christmas episode which prominently centered around the Pokemon Jynx. The episode was aired once and then banned for both the English dub and in South Korea. The problem with this episode was with Jynx itself. The design itself of this Pokemon was deemed racist by a lot of people as the colour of it was black and was thought of as a racial stereotype on black people. Because of the rescheduling it had continuity errors such as Charizard being Charmander again.

What Do You Think? 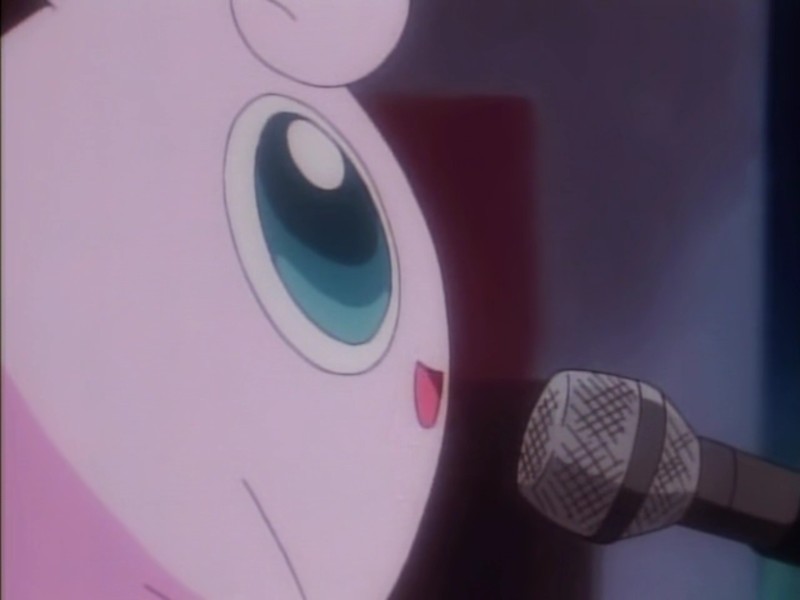 Episode 45 of the original series, The Song of Jigglypuff, was banned in Turkey, however no one knows the reason for banning this episode at this time. The reason may be discovered at a later date. No more information available on the banning of this episode. 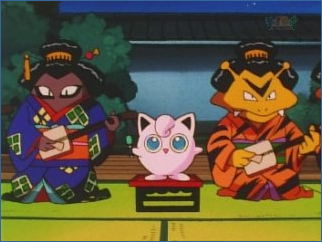 For the same reasons as the earlier episodes banned in South Korea, episode 58 of the original series, Riddle Me This, also included Japanese culture and was therefore banned in this country. This left another continuity error as the following place took place directly after this one. Episode 73 of the original run, Bad to the Bone, was again banned in South Korea, most likely suspected to be because of a character in the episode, Otoshi, wearing Samurai-like clothing, once again going against their anti-Japanese sentiment.

Another Banned In South Korea 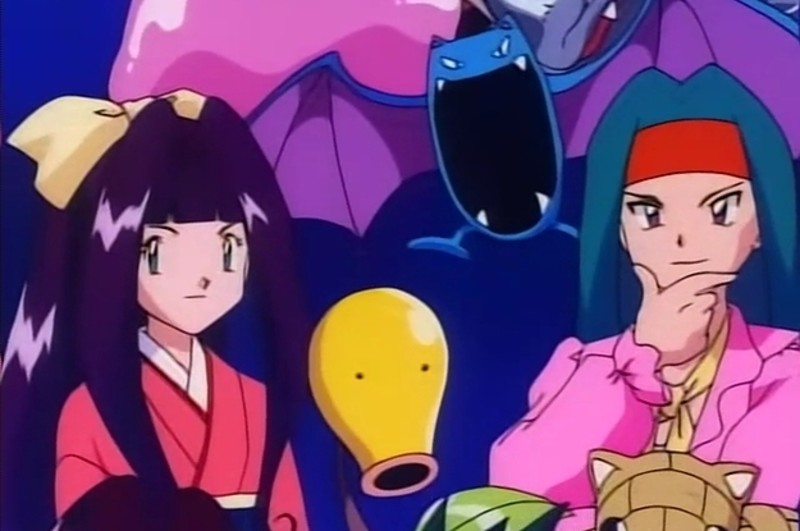 Episode 79 of the original episodes, Fourth Round Rumble, was yet again banned in South Korea due to the clothes of Ash’s opponent in the Indigo League, Jeanette Fisher, who wore Japanese cultured clothing. This led to another continuity error as Ash wins his fourth match in this episode. 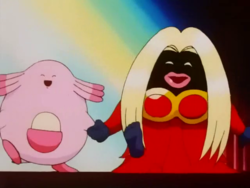 Episode 90 of the program, Stage Fight, during the Orange Islands series, was banned because it had a brief cameo from Jynx, and this was still before the design was changed from black to purple.

Return Of The Jynx Episode 99, The Mandarin Island Miss Match, fell to the same problem as Stage Fight! The episode also had a brief cameo from the black Jynx and thus was not permitted to broadcast. Episode 130, A Bout with Sprout, taking place during the Johto League episodes, was another to be banned in South Korea due to Sprout Tower’s resemblance to traditional Japanese architecture which also went against the Anti-Japanese Sentiment as discussed previously. Episode 131, Fighting Flyer with Fire, was also banned because of Korea’s Anti-Japanese Sentiment in South Korea. The gym leader, Falkner, was also wearing traditional Japanese clothing which caused a continuity error, the first in the Johto series, in that Ash received his first Johto League badge in this episode. Episode 183, Trouble’s Brewing, was yet another episode banned in South Korea purely because of Japanese outfits that some characters were wearing, in this case, the five Eevee sisters. Episode 194, Ring Masters, another Johto League episode, was also banned in South Korea for the Anti-Japanese Sentiment however this time it was due to the Sumo Wrestling that heavily featured between Pokemon in this episode. Episode 226 in the Johto League season brought back the five Eevee sisters from a previous episode and you know what that means? You’re probably getting sick of this explanation now but yet again because of the Japanese cultured clothing they wore, this episode was banned in South Korea as well. Episode 227 in the Johto League season was banned in South Korea too because the episode featured Japanese culture such as sumo wrestling and geishas. Episode 250, the Ice Cave, largely focused around Jynx during the Johto League episodes, and for some reason, although Jynx had been redesigned with a purple face instead of a black face, this episode was saw the return of the Jynx with a black face and thus was banned even before airing everywhere but Asia. It is unknown why black-faced Jynx returned. Advanced Generation episode 55, Poetry Commotion, never aired in Korea, however many believe this to be a mistake since the episode was added to the DVD. However on the other hand, they don’t appear on the Korean website for the episode lists. No further information is available. Advanced Generation episode 56, Going, Going, Yawn, didn’t air in Korea either, this is the same reason as the previous episode, in the fact that no one knows why other than thinking it may have been a mistake since it was on the DVD. Advanced Generation episode 72, The Bicker the Better, was banned in many countries including France, Ireland and Aruba. The reason for this ban is believed to be due to the battle of the sexes format that the episode runs in. Boys vs Girls. The episode is still available to read information on in France’s Pokemon wiki page.