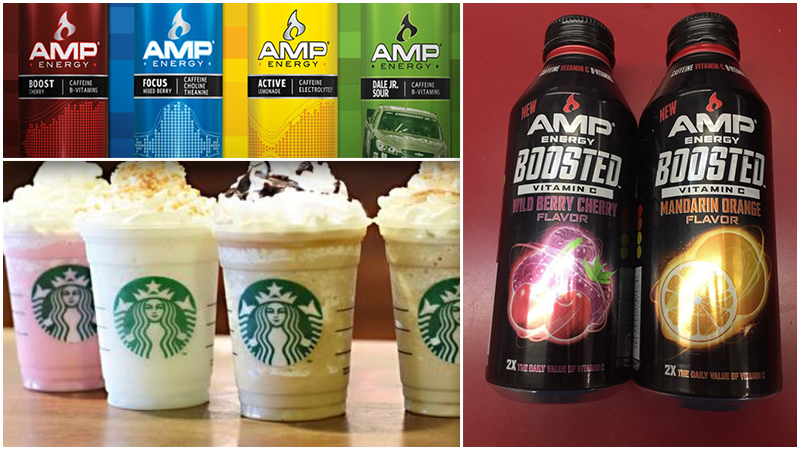 10 Legal Drinks That Could Actually Kill You

10 Legal drinks that could actually kill you. Educate yourself & loved ones, see what these quick fix energy drinks have in them and how they have claimed peoples lives.

Amp – The Caffeine of Three Coffees 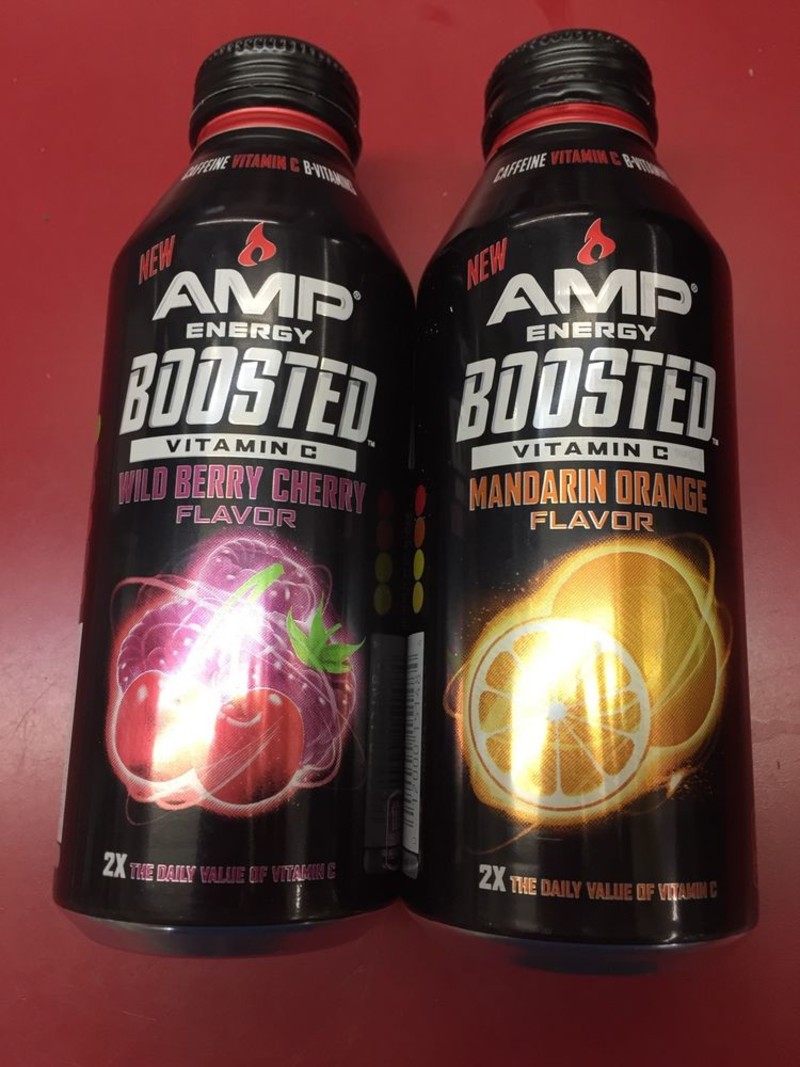 Produced by the makers of Pepsi, this drink has been heavily marketed around the world and is growing in popularity among teenagers. It is based on the taste of Mountain Dew and was originally launched with the name Mountain Dew Amp. When consumed in excess, this drink is thought to have serious side effects thanks to its high levels of caffeine.

It is designed to “give you all the power you need to Amp up!” according to its makers. With lots of sugar and up to 275 calories per can, it could put people at risk of heart attacks, high blood pressure, insomnia, poor dental health, obesity and more.

Arizona Rx Energy – Is Not Effective 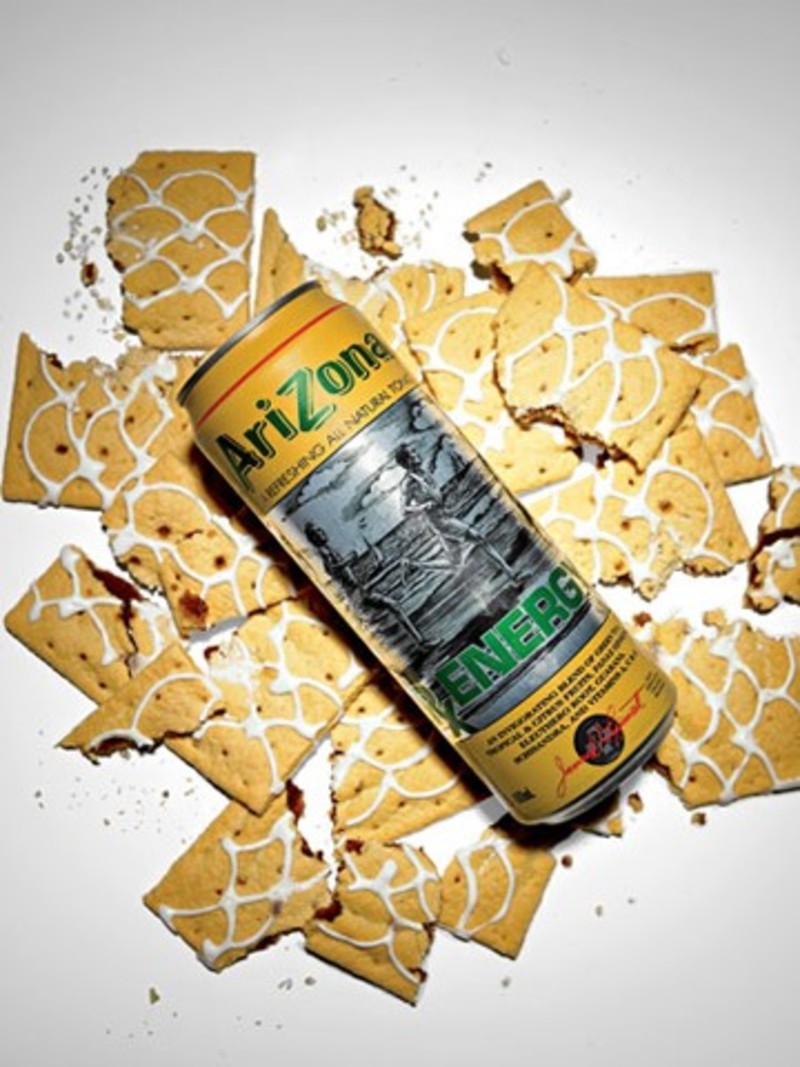 Appearances can be deceiving with energy drinks, and this one is the perfect example. Although it looks like it could be a special recipe for the ultimate energy boost, with its “herbal tonic” label, it actually just contains a whole lot of sugar and about the same amount of caffeine as what you’d find in a weak cup of coffee.

With almost 350 calories per can, this energy drink has about the same about of sugar as six Pop-Tarts. Reports show that the taste is good but that it has very little effect in terms of boosting energy. On top of that, it’s not as widely available as many energy drinks. 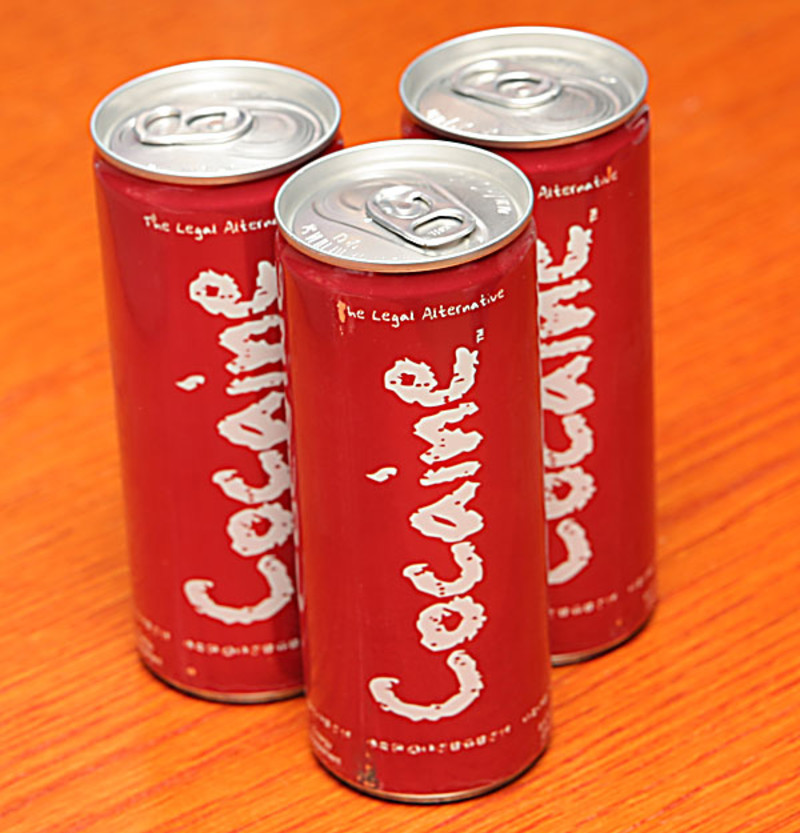 Naming a drink after an illegal drug is a sure-fire way to get attention and prove just how strong your drink is. That’s exactly what Reduz Beverages did. Their energy drink, Cocaine, contains more than three times the caffeine than a Red Bull as well as a huge amount of taurine. 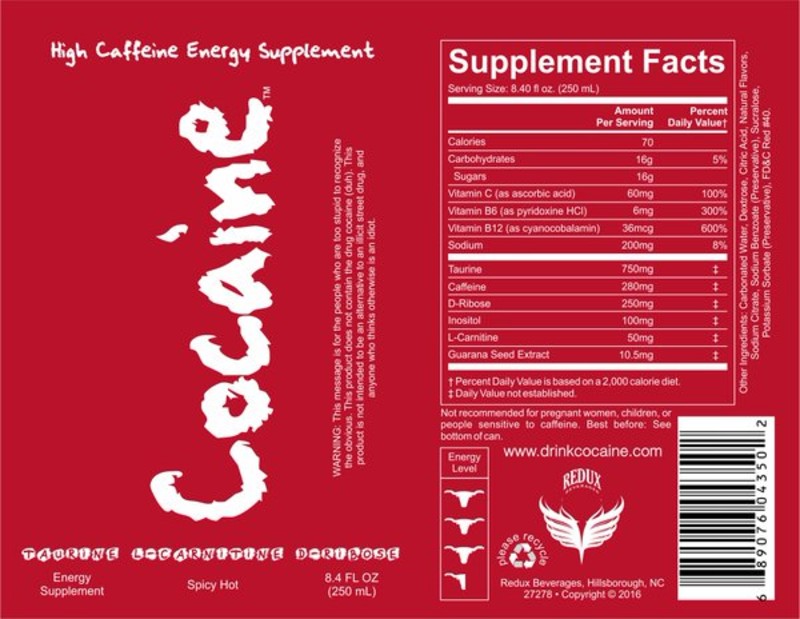 It’s so strong that it was taken off the shelves by the Food and Drug Administration shortly after it was launched. Marketed as a drink that may cause “excess excitement, stamina, fun and possible feeling of euphoria” it was re-released to the market again being banned for a short time. 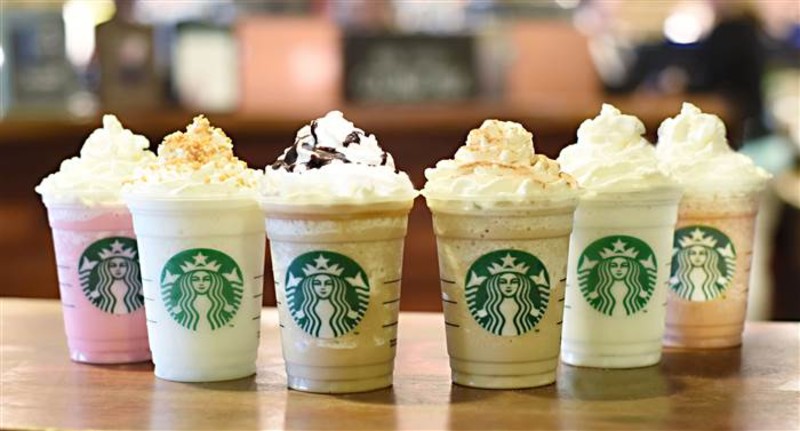 Coffee isn’t always thought of as an energy drink, but it is one of the world’s most popular pick-me-ups. As far as coffee goes, Starbucks Frappuccinos are thought to be one of the worst choices you could make thanks to their empty calories. Yes, they are delicious, but the ingredients turn them into a fatty, creamy, high-calorie snack that will do little to aid your performance. 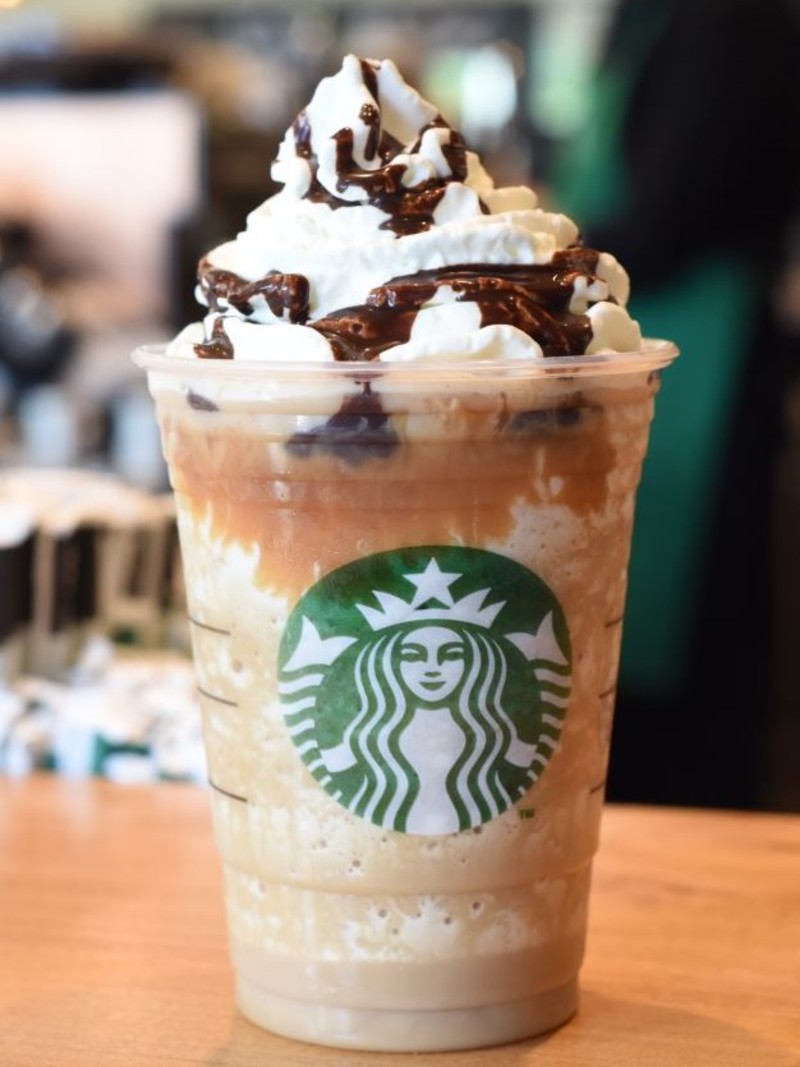 Frappuccinos have added ingredients such as a chocolate, caramel, sugar and cream. Last summer, the Daily Mail reported that some Frappuccino drinks at Starbucks could contain the same amount of sugar as roughly 30 digestive biscuits. This drink, which is more like an energy shot than an energy drink, has come under huge controversy. The Food and Drug Administration in the USA has received numerous reports of health issues linked to the consumption of these shots including heart attacks, convulsions and even a spontaneous abortion. 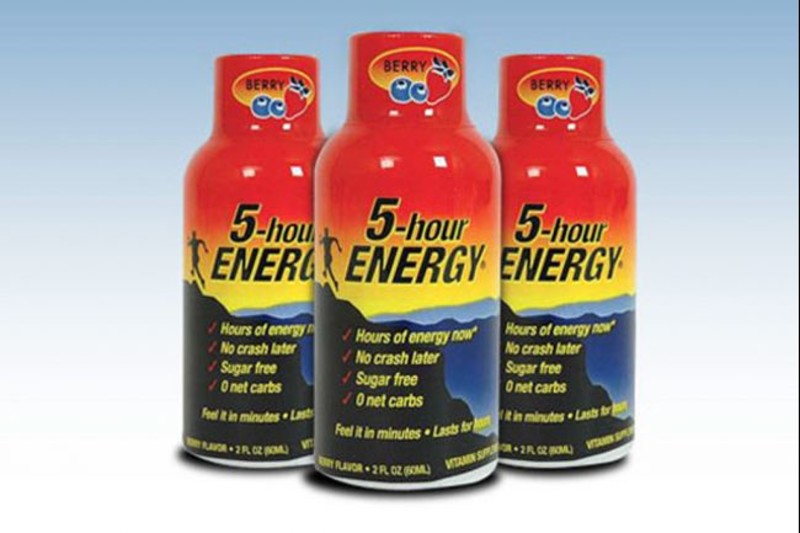 As they are technically a dietary supplement, they aren’t always subject to the same strict rules as drinks or food. The company that produces the shot doesn’t state the exact amount of caffeine inside each serving, but it’s estimated to be more than twice what’s in a regular cup of coffee. 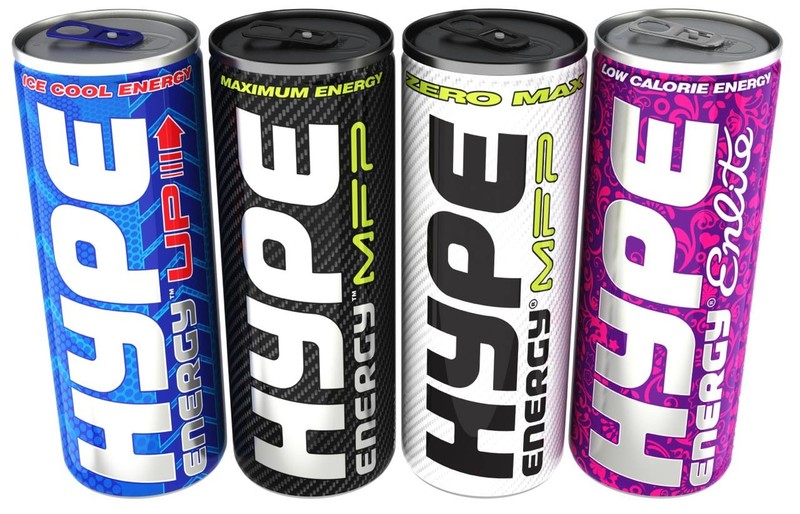 This range of energy drinks was launched in the 1990s by the founder of Hard Rock Café. Hype is marketed as being not just an energy drink, but in fact a lifestyle. Its worst point has to be its high sugar content, with almost 11 grams of sugar per 100mL of the drink. It also has caffeine, taurine, juice and other not-so-good ingredients – 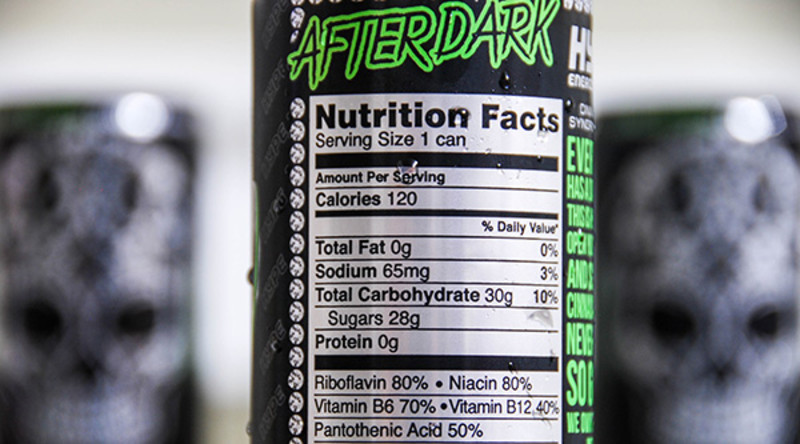 which are thought to balance out its “good” qualities such as the added vitamins and pleasant taste. The back of the can clearly states that people should drink Hype in moderation.

Monster – Versus the State Monster energy drink is another one that’s pumped full of sugar and caffeine – and one that’s come under a lot of scrutiny in recent years. In 2012, a lawsuit was filed against Monster claiming that a 14-year-old American girl had died in 2011 after drinking two big cans of Monster in the same 24-hour period. The coroner determined she died from a cardiac arrhythmia, due to caffeine toxicity. Monster’s lawyer said that the company found there is no evidence to show that the consumption of the drinks contributed to the girl’s death and that their drinks are “safe to consume”. This has since sparked a lot of debate in the US state of Maryland. Nos is an energy drink produced by the makers of Coca Cola, named after nitrous oxide which is used to boost the performance of NASCAR race cars. However, nitrous oxide is also sometimes inhaled through balloons by users, causing a euphoric high (or more dangerous side effects such as sedation or analgesia). In early 2012, actress Demi Moore was rushed to hospital after doing NOS, also known as “whip-its”. Like other energy drinks, nutritionists are most concerned with this drink’s high sugar content and high caffeine content. Sales of Red Bull have surpassed four billion cans in about 160 countries worldwide, firmly securing its spot as a market leader in the energy drink industry. With the marketing slogan “Red Bull Gives You Wings”, the product’s origins go back to the 1980s in Thailand and then Europe. It’s commonly mixed with vodka or other alcoholic beverages and is known for its high sugar content, as well as the “buzz” it provides. Despite its popularity, Red Bull has not been without controversy. Brooklyn man Cory Terry was a regular Red Bull drinker who collapsed and died in 2011. An $85 million wrongful death suit was filed afterwards, claiming that the Red Bull ended up killing him due to its reportedly dangerous additives and stimulants. Rockstar sponsors extreme snowboarders, surfers and BMX riders, and it is marketed as a product that helps people who lead active lifestyles. However, ask nearly any nutritionist out there and it won’t be on the list of beverages they’d recommend to athletes (or anyone wanting to party like a “rock star”). In fact, according to Men’s Health magazine, the Rockstar energy drink has the same amount of sugar per can as six glazed Krispy Kreme doughnuts. It’s pumped with even more sugar than Red Bull or Monster as well as caffeine, guarana seed extract and other stimulants. Distributed by PepsiCo, this drink was named in 13 “adverse event reports” between 2006 and 2012 according to the USA’s Food and Drug Administration. No deaths were mentioned, but the adverse events included nausea, increased heart rate and abdominal pain.