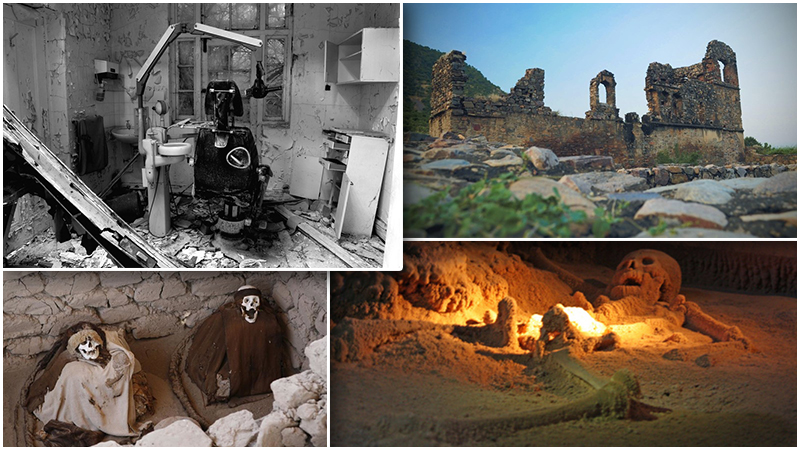 10 Of The Eeriest Places on Earth

10 Of the Eeriest places on earth, from the Suicide Frost in japan to the Ruins of Bhangarh. 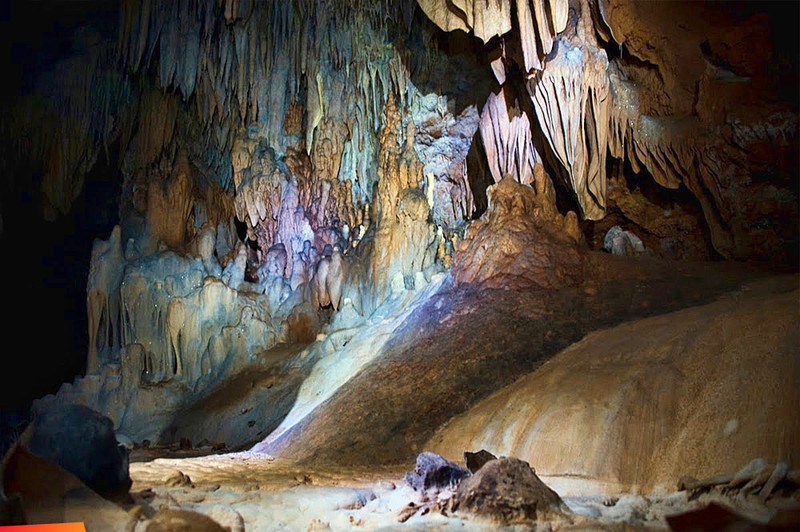 The Cave of the Crystal is found in Belize and houses the skeletal remains and archaeological artefacts of the Maya. The most fascinating resident is the Crystal Maiden – a young girl who was the victim of human sacrifice. Her calcified bones glitter like crystal making her all the more spooky than your average skeleton. 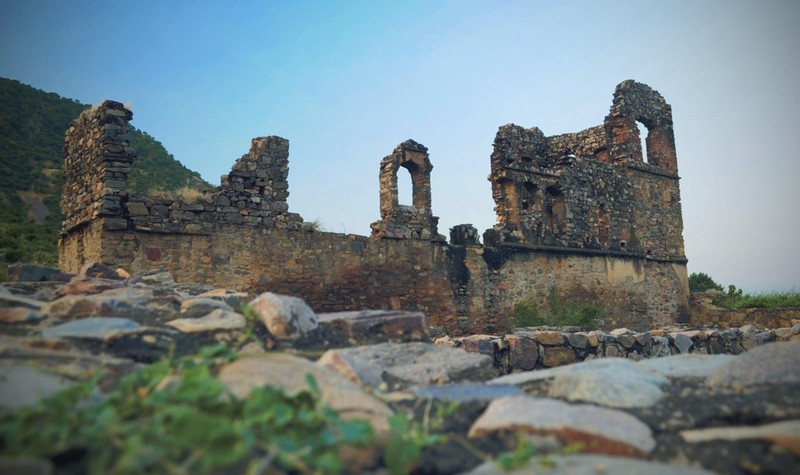 Bhangarh is an abandoned town in Rajasthan, India. It was created for a prince as a memorial to his war efforts and it is said to be the most haunted place in the country. It was established in 1573 but due to an alleged curse, it was ultimately abandoned in 1783. The place is so haunted that it is illegal to enter after sunset or before sunrise. Nazca is famous for its lines but nearby is the spooky little-known Chacuilla Cemetery. The place is riddled with the human remains of the pre-hispanic people of Peru. It is truly an eerie eye-opening experience to see. So never-mind visiting the lines next time you go to Nazca – check out the Chaucilla Cemetery instead. 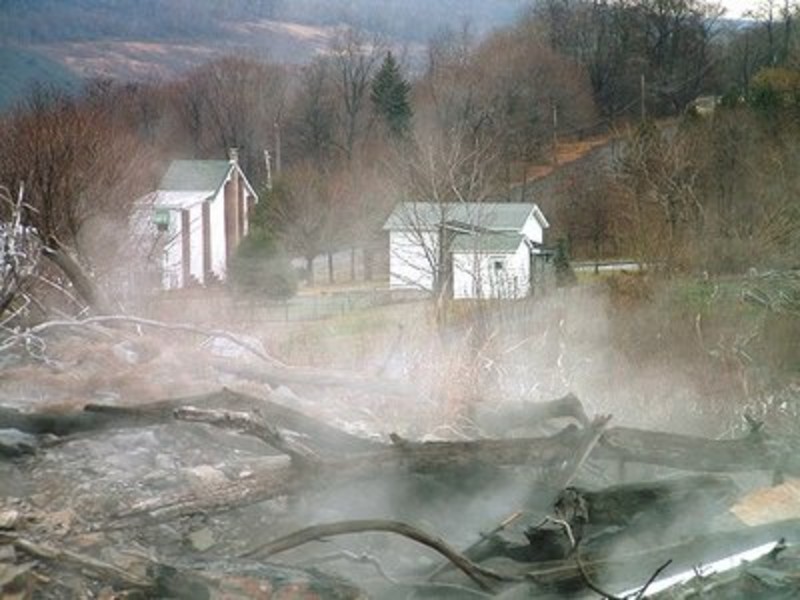 In 1962 in Centralia, Pennsylvania a group of firemen set fire to rubbish in an abandoned mine in order to clean the town up. Ironically this fire made its way into the deeper recesses and set the abandoned coal mine on fire. It has been burning ever since beneath the empty streets of the city. Danger lurks around every corner in Centralia – poisonous gases, collapsing roads, and fire are but some. Cane Hill was an insane asylum in Croydon, London in use until 1991 when – by all appearances – everyone just got up and walked out. Some of the inmates were transferred to other secure locations but the hospital, and much of the medical apparatus still remains. 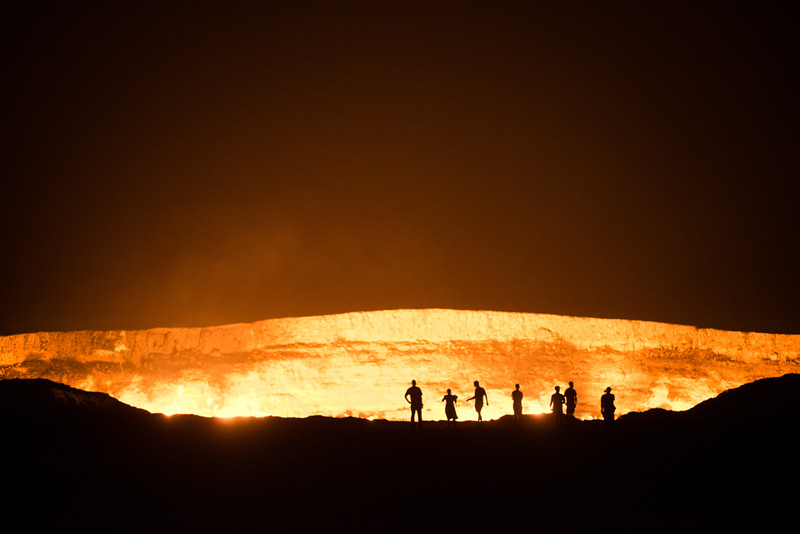 The Gates of Hell is a 328 foot wide hole found in Turkmenistan. A 1971 Soviet drilling accident caused the hole to leak dangerous gases. Scientists figured the best solution was to burn them off so they set fire to them. It has been burning non-stop since then and its glow can be seen from miles away. It is not known when (or if) the fires will burn out. 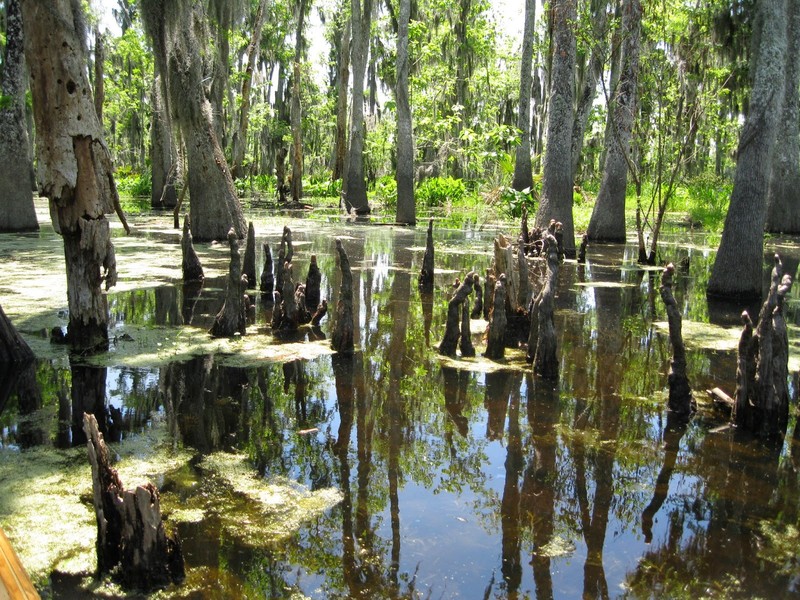 Ghosts, mass graves, alligators, and the spookiest looking trees you have ever seen grace this frightening swamp in Louisiana. The pictures sum up all that is spooky about New Orleans and its surrounding areas. Pripyat is a Ukrainian ghost town. It was founded to house the workers from Chernobyl and after the nuclear disaster it was abandoned. Visits are permitted but your stay must be short. It illustrates the frightening reality of what a nuclear war could do to the earth. 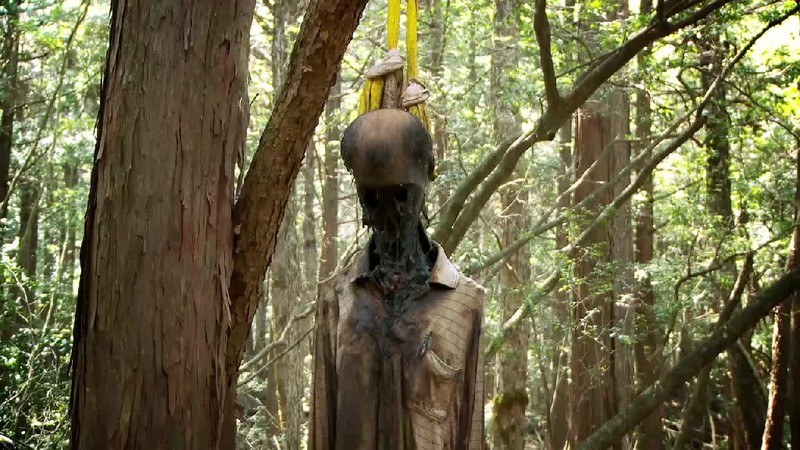 Aokigahara – also known as the sea of trees – is a forest near Mount Fuji in Japan. Its fame comes from the fact that is an incredibly popular place to commit suicide – and as you can see from the pictures above it certainly exudes a spooky quality. Annual search parties are sent in to the forest to retrieve the corpses of the deceased. 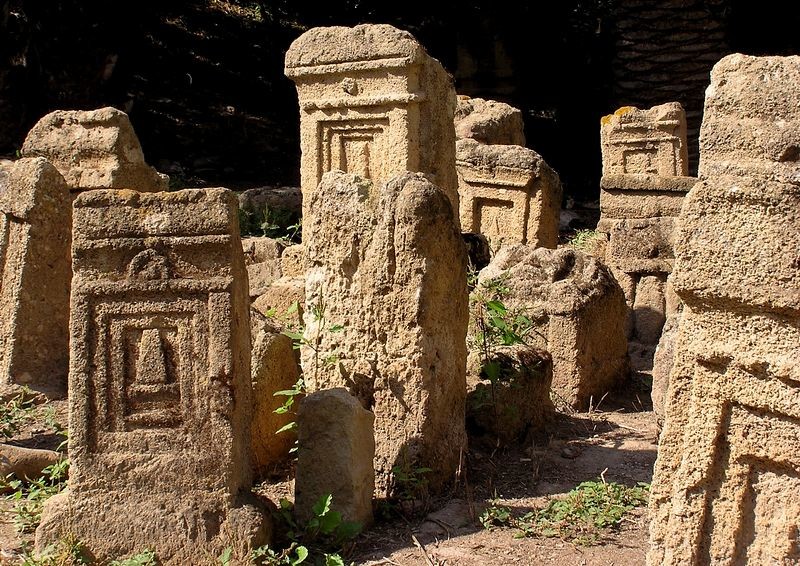 The Sanctuary of Tophet is found in Tunisia. It is home to thousands of graves of children only which has led historians to speculate that they may have been the victim of human sacrifice in the Punic times when the place was known as Carthage. It is possible the children were sacrificed and then eaten due to starvation in the region at the time.